As Christchurch City Council continues to build back better, will its resilience investment pay dividends when it comes to citywide insurance cover?

The earthquakes spawned more than 770,000 claims for the country’s Earthquake Commission (EQC) alone, resulting in a payout of around NZ$10 billion (US$6.4 billion). The private sector absorbed almost twice that, with the Insurance Council of New Zealand putting the figure at NZ$21.4 billion (as of March 31, 2019).

Christchurch Art Gallery. The city’s art gallery, for example, has been retrofitted to resist even the most severe earthquake activity.

Nine years on from the initial tremors, there remain over 1,200 open property claims in the private market, while the outstanding figure for the EQC stood at some 2,600 claims in February 2018.

“Dealing with the property claims was extremely challenging,” explains Raf Manji, chair of the Christchurch City Council’s Finance Committee, “not just in terms of contractual issues, but because the insurance was based on building-by-building cover. And when you’re dealing with damage to so many buildings, it is going to take a very long time to agree what that damage is.”

The need to rebuild Christchurch presented the city with an opportunity.

“As American politician Rahm Emanuel once said, ‘Never let a crisis go to waste,’” says Lianne Dalziel, mayor of Christchurch. “The earthquakes provided a major opportunity to build back better and ensure we embed resilience into every aspect, from below ground up.”

That commitment means that new construction, whether of above-ground assets or horizontal infrastructure, is being carried out to a level much higher than building codes dictate.

“With the information, we want more informed conversations with both traditional and alternative markets about how we transfer risk more effectively”

“We’re building to an exceptionally high standard,” states Mike Gillooly, chief resilience officer for the city. This is a relatively new public position created following Christchurch’s inclusion in the first wave of the Rockefeller Foundation’s 100 Resilient Cities program. “The city’s art gallery, for example, has been retrofitted to resist even the most severe earthquake activity,” Gillooly continues.

But this dedication to resilience goes beyond the immediate rebuild. The council is also making resilience a core component of its long-term strategic planning. The city’s 2021-2051 infrastructure strategy, which covers the council’s investments in water supply, wastewater, stormwater, transport, parks, facilities, solid waste and communication technology for the next 30 years, will have resilience as its overarching theme.

“This is the first time we are proactively building risk and resilience into our long-term planning framework,” states Dalziel. “We are developing a much deeper appreciation of risk and have spent considerable time understanding our infrastructure. We are also working toward a much more sophisticated engagement with risk at the community level.”

“We are committed to promoting greater community well-being. We need to build up social capital by bringing people together to plan for an uncertain future. High levels of social capital accelerate recovery in the aftermath of a shock, while also creating greater inherent resilience to more slow-moving challenges, such as climate change and associated rising sea levels.”

Dalziel is quick to stress the importance of insurance in all this. “There is a strong relationship between economic resilience and social resilience, and the role of insurance in facilitating both cannot be underestimated. The value of insurance does not simply equal the sum of claims paid — it’s as much about the financial and social well-being that it supports.”

Recently insurers across New Zealand have been shifting their appetite and premiums in high-hazard regions to be more reflective of the country’s risk profile.

There has been a shift too in the council’s approach to insurance — a shift that is central to its resilience efforts, explains Manji.

“Following the earthquakes, Lianne asked me to run for council. I was a former financial markets trader and she wanted someone onboard with a financial background. But when I joined, I was taken aback by the lack of risk understanding that I saw at the local government level.”

One of his first steps was to set up an independently chaired audit and risk committee and introduce a new risk management framework — a model that has since been adopted by Auckland.

“Through this new framework, we were able to establish a much more sophisticated view of risk,” he explains, “and we also launched a five-year program to document every single asset in place — both above and below ground. Having this granular level of exposure insight means we can assess our approach to mitigating, retaining and transferring risk from a much more data-informed position.”

At present, Christchurch is conservatively insured. This is a very deliberate choice, however, and Manji is convinced of the benefits of this approach.

“This excess capacity means we have headroom into which we can grow as we continue to construct new and reconstruct old assets. That’s a much stronger position to be in than having to return to the market seeking more limit when capacity may be limited. It also demonstrates a long-term commitment to the insurance market upon which you can have much more constructive, ongoing dialogue.”

Christchurch City Council has been making use of insurance capital for many years. It was the 2010-11 earthquakes, though, that spurred its focus on arming itself with increasingly higher-resolution data.

“We’re now coming to the table each year with an ever more accurate picture of our exposure. Working with RMS, we’ve been able to significantly evolve our risk thinking based on a range of citywide loss scenarios, and to look at ways of creating a more effective balance between traditional and more innovative parametric-based solutions.”

That desire for balance does not just apply to the source of Christchurch capital, but also what kinds of assets that capital covers. At present, while the council has secured coverage for 65 percent of the value of its above-ground structures, it has only managed to buy insurance to cover approximately 15 percent of its underground infrastructure.

“The insurance market is not comfortable with providing cover for underground infrastructure because it tends not to be well understood or documented,” Manji continues.

“Unlike most cities, however, we know exactly what is underground and just how resilient it is. With that information, we want to have more informed conversations — with both the traditional market and alternative providers of risk capital — about how we transfer this risk more effectively. Parametric-based solutions, for example, give us the opportunity to look beyond typical building replacement covers and take a bigger-picture view of what we want to achieve from our investment in risk transfer.

“And whereas an indemnity-based policy is designed primarily to return you to where you were prior to the loss, parametric payouts can be deployed for what ever purpose you want. That flexibility — along with the speed and certainty of payout — is incredibly valuable.”

For Gillooly, it is about becoming an increasingly sophisticated user of risk capital and engaging in ever more mature dialogue with the markets. “If we can demonstrate through the data and analytics that we understand the exposure, that we’ve quantified the risk and we’re investing in effective risk reduction, then the market needs to acknowledge these efforts in the form of increased capacity, reduced premiums or both. Data, analytics and risk insights will continue to be the key focus of our annual discussions with the London market — and will allow us to explore parametric insurance-linked securities with confidence too.” 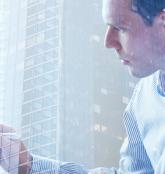