Incentivizing resilience efforts in vulnerable, low-income countries will require the ‘resilience dividend’ to be monetized and delivered upfront

The role of the insurance industry and the wider risk management community is rapidly expanding beyond the scope of indemnifying risk. A growing recognition of shared responsibility is fostering a greater focus on helping reduce loss potential and support risk reduction, while simultaneously providing the post-event recovery funding that is part of the sector’s original remit.

“There is now a concerted industrywide effort to better realize the resilience dividend,” believes Ben Brookes, managing director of capital and resilience solutions at RMS, “particularly in disaster-prone, low-income countries — creating that virtuous circle where resilience efforts are recognized in reduced premiums, with the resulting savings helping to fund further resilience efforts.”

In 2017, RMS conducted a study mapping the role of insurance in managing disaster losses in low- and low-middle-income countries on behalf of the U.K. Department for International Development (DFID).

It found that the average annual economic loss across 77 countries directly attributable to natural disasters was US$29 billion. Further, simulations revealed a 10 percent probability that these countries could experience losses on the magnitude of US$47 billion in 2018, affecting 180 million people.

Breaking these colossal figures down, RMS showed that of the potential US$47 billion hit, only 12 percent would likely be met by humanitarian aid with a further 5 percent covered by insurance. This leaves a bill of some US$39 billion to be picked up by some of the poorest countries in the world.

The U.K. government has long recognized this challenge and to further the need in facilitating effective international collaboration across both public and private sectors to address a shortfall of this magnitude.

In July 2017, U.K. Prime Minister Theresa May launched the Centre for Global Disaster Protection. The London-based institution brings together partners including DFID, the World Bank, civil society and the private sector to achieve a shared goal of strengthening the resilience capabilities of developing countries to natural disasters and the impacts of climate change.

Addressing the International Insurance Society shortly after the launch, Lord Bates, the U.K. Government Minister of State for International Development, said that the aim of the Centre was to combine data, research and science to “analyze risk and design systems that work well for the poorest people” and involve those vulnerable people in the dialogue that helps create them.

“It is about innovation,” he added, “looking at new ways of working and building new collaborations across the finance and humanitarian communities, to design financial instruments that work for developing countries.” 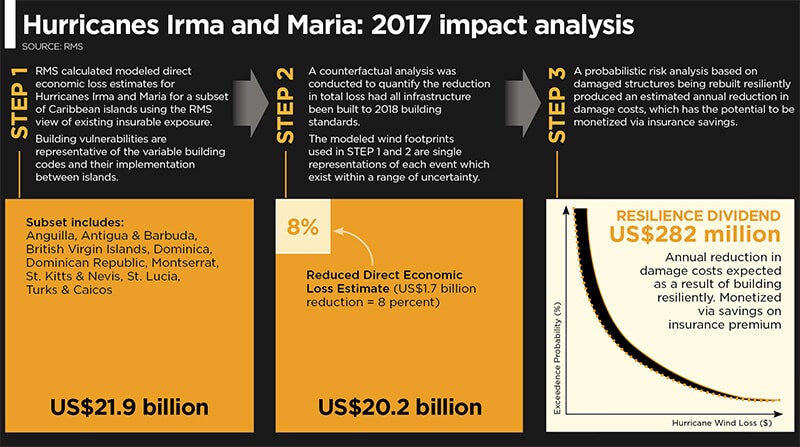 A Lack of Incentive

There are, however, multiple barriers to creating an environment in which a resilient infrastructure can be developed.

“Resilience comes at a cost,” says Irena Sekulska, engagement manager at Vivid Economics, “and delivers long-term benefits that are difficult to quantify. This makes the development of any form of resilient infrastructure extremely challenging, particularly in developing countries where natural disasters hit disproportionally harder as a percentage of GDP.”

The potential scale of the undertaking is considerable, especially when one considers that the direct economic impact of a natural catastrophe in a vulnerable, low-income country can be multiples of its GDP. This was strikingly demonstrated by the economic losses dealt out by Hurricanes Irma and Harvey across the Caribbean and the 2010 Haiti Earthquake, a one-in-ten-year loss that wiped out 120 percent of the country’s GDP.

Funding is, of course, a major issue, due to the lack of fiscal capacity in many of these regions. In addition, other existing projects may be deemed more urgent or deserving of funding measures to support disaster preparedness or mitigate potential impacts. Limited on-the-ground institutional and technical capacity to deliver on resilience objectives is also a hindering factor, while the lack of a functioning insurance sector in many territories is a further stumbling block.

“Another issue you often face,” explains Charlotte Acton, director of capital and resilience solutions at RMS, “is the misalignment between political cycles and the long-term benefits of investment in resilience. The reason is that the benefits of that investment are only demonstrated during a disaster, which might only occur once every 10, 20 or even 100 years — or longer.”

Another problem is that the success of any resilience strategy is largely unobservable. A storm surge hits, but the communities in its path are not flooded. The winds tear through a built-up area, but the buildings stand firm.

“The challenge is that by attempting to capture resilience success you are effectively trying to predict, monitor and monetize an avoided loss,” explains Shalini Vajjhala, founder and CEO of re:focus, “and that is a very challenging thing to do.”

“The question,” states Acton, “is whether we can find a way to monetize some of the future benefit from building a more resilient infrastructure and realize it upfront, so that it can actually be used in part to finance the resilience project itself.

“In theory, if you are insuring a school against hurricane-related damage, then your premiums should be lower if you have built in a more resilient manner. Catastrophe models are able to quantify these savings in expected future losses, and this can be used to inform pricing. But is there a way we can bring that premium saving forward, so it can support the funding of the resilient infrastructure that will create it?” It is also about making the resilience dividend tangible, converting it into a return that potential investors or funding bodies can grasp.

“The resilience dividend looks a lot like energy efficiency,” explains Vajjhala, “where you make a change that creates a saving rather than requires a payment. The key is to find a way to define and capture that saving in a way where the value is clear and trusted. Then the resilience dividend becomes a meaningful financial concept — otherwise it’s too abstract.”

The dividend must also be viewed in its broadest context, demonstrating its value not only at a financial level in the context of physical assets, but in a much wider societal context, believes Sekulska.

“Viewing the resilience dividend through a narrow, physical-damage-focused lens misses the full picture. There are multiple benefits beyond this that must be recognized and monetized. The ability to stimulate innovation and drive growth; the economic boost through job creation to build the resilient infrastructure; the social and environmental benefits of more resilient communities. It is about the broader service the resilient infrastructure provides rather than simply the physical assets themselves.”

Work is being done to link traditional modeled physical asset damage to broader macroeconomic effects, which will go some way to starting to tackle this issue. Future innovation may allow the resilience dividend to be harnessed in other creative ways, including the potential increase in land values arising from reduced risk exposure.

It is in this context that the Centre for Global Disaster Protection, in partnership with Lloyd’s of London, launched the Innovation Lab. The first lab of its kind run by the Centre, held on January 31, 2018, provided an open forum to stimulate cross-specialty dialogue and catalyze innovative ideas on how financial instruments could incentivize the development of resilient infrastructure and encourage building back better after disasters.

Co-sponsored by Lloyd’s and facilitated by re:focus, RMS and Vivid Economics, the Lab provided an environment in which experts from across the humanitarian, financial and insurance spectrum could come together to promote new thinking and stimulate innovation around this long-standing issue.

“The ideas that emerged from the Lab combined multiple different instruments,” explains Sekulska, “because we realized that no single financial mechanism could effectively monetize the resilience dividend and bring it far enough upfront to sufficiently stimulate resilience efforts. Each potential solution also combined a funding component and a risk transfer component.”

“The solutions generated by the participants ranged from the incremental to the radical,” adds Vajjhala. “They included interventions that could be undertaken relatively quickly to capture the resilience dividend and those that would require major structural changes and significant government intervention to set up the required entities or institutions to manage the proposed projects.”

Trevor Maynard, head of innovation at Lloyd’s, concluded that the use of models was invaluable in exploring the value of resilience compared to the cost of disasters, adding “Lloyd’s is committed to reducing the insurance gap and we hope that risk transfer will become embedded in the development process going forward so that communities and their hard work on development can be protected against disasters.”

Yet, they each have limitations that must be addressed collectively. For example, initial model analysis by RMS suggests that the potential payback period for a RESCO-based solution could be 10 years or longer. Is this beyond an acceptable period for investors? Could the development impact bond be scaled-up sufficiently to tackle the financial scope of the challenge? Given the donor support requirement of the insurance-linked loan package, is this a viable long-term solution? Would the complex incentive structure and multiple stakeholders required by a resilience bond scuttle its development? Will insurance pricing fully recognize the investments in resilience that have been made, an assumption underlying each of these ideas?

RMS, Vivid Economics and re:focus are working together with Lloyd’s and the Centre to further develop these ideas, adding more analytics to assess the cost-benefit of those considered to be the most viable in the near term, ahead of publication of a final report in June.

“The purpose of the Lab,” explains Vajjhala, “is not to agree upon a single solution, but rather to put forward workable solutions to those individuals and institutions that took part in the dialogue and who will ultimately be responsible for its implementation should they choose to move the idea forward.”

And as Sekulska makes clear, evolving these embryonic ideas into full-fledged, effective financial instruments will take significant effort and collective will on multiple fronts.

“There will need to be concerted effort across the board to convert these innovative ideas into working solutions. This will require pricing it fully, having someone pioneer it and take it forward, putting together a consortium of stakeholders to implement it.” 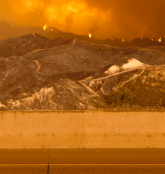