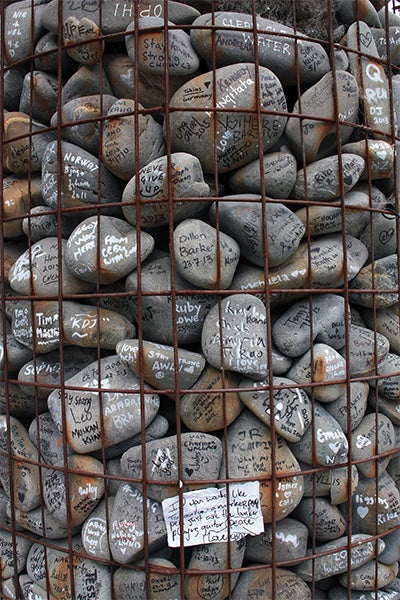 The ramifications of the Christchurch earthquakes of 2010-11 continue to reverberate through the New Zealand insurance market. The country’s Earthquake Commission (EQC), which provides government-backed natural disaster insurance, is forecast to have paid around NZ$11 billion (US$7.3 billion) by the time it settles its final claim.

Since then, much has changed. Policy terms have been tightened, restrictions have been introduced on coverage and concerted efforts have been made to bolster databases. On July 1, 2019, the EQC increased the cap limit on the government-mandated residential cover it provides to all householders from NZ$100,000 (US$66,000) (a figure set in 1993) to NZ$150,000. A significant increase, but well below the average house price in New Zealand as of December 2017, which stood at NZ$669,565, and an average rebuild cost of NZ$350,000. It has also removed contents coverage.

More recently, however, one development has taken place that has the potential to have a much more profound impact on the market.

In March 2018, New Zealand insurer Tower Insurance announced a move to risk-based pricing for home insurance. It aims to ensure premium levels are commensurate with individual property risk profiles, with those in highly exposed areas experiencing a price rise on the earthquake component of their coverage.

Describing the shift as a “fairer and more equitable way of pricing risk,” Tower CEO Richard Harding says this was the “right thing to do” both for the “long-term benefit of New Zealand” and for customers, with risk-based pricing “the fairest way to distribute the costs we face as an insurer.”

The move has generated much media coverage, with stories highlighting instances of triple-digit percentage hikes in earthquake-prone regions such as Wellington. Yet, what has generated significantly fewer column inches has been the marginal declines available to the vast majority of households in the less seismically active regions, as the high-risk earthquake burden on their premium is reduced.

A key factor in Tower’s decision was the increasing quality and granularity of the underwriting data at its disposal. “Tower has always focused on the quality of its data and has invested heavily in ensuring it has the highest-resolution information available,” says Michael Drayton, senior risk modeler for RMS, based in New Zealand.

In fact, in the aftermath of the Christchurch earthquakes, RMS worked with Tower as RMS rebuilt its New Zealand High-Definition (HD) Earthquake Model due to the caliber of their data. Prior to the earthquake, claims data was in very short supply given that there had been few previous events with large-scale impacts on highly built-up areas.

“On the vulnerability side,” Drayton explains, “we had virtually no local claims data to build our damage functions. Our previous model had used comparisons of building performance in other earthquake-exposed regions. After Christchurch, we suddenly had access to billions of dollars of claims information.”

RMS sourced data from numerous parties, including EQC and Tower, as well as geoscience research firm GNS Science, as it reconstructed the model from this swell of data.

“RMS had a model that had served the market well for many years,” he explains. “On the hazard side, the fundamentals remained the same — the highest hazard is along the plate boundary, which runs offshore along the east coast of North Island traversing over to the western edge of South Island. But we had now gathered new information on fault lines, activity rates, magnitudes and subduction zones. We also updated our ground motion prediction equations.”

One of the most high-profile model developments was the advanced liquefaction module. “The 2010-11 earthquakes generated probably the most extensive liquefaction in a built-up area seen in a developed country. With the new information, we were now able to capture the risk at much higher gradients and in much greater resolution,” says Drayton.

This data surge enabled RMS to construct its New Zealand Earthquake HD Model on a variable resolution grid set at a far more localized level. In turn, this has helped give Tower sufficient confidence in the granularity and accuracy of its data at the property level to adopt risk-based pricing.

As homeowners received their renewal notices, the reality of risk-based pricing started to sink in. Tower is the third-largest insurer for domestic household, contents and private motor cover in New Zealand and faces stiff competition. Over 70 percent of the market is in the hands of two players, with IAG holding around 47 percent and Suncorp approximately 25 percent.

News reports also suggested movement from the larger players. AMI and State, both owned by IAG, announced that three-quarters of its policyholders — those at heightened risk of earthquake, landslide or flood — will see an average annual premium increase of NZ$91 (US$60); the remaining quarter at lower risk will see decreases averaging NZ$54 per year. A handful of households could see increases or decreases of up to NZ$1,000. According to the news website Stuff, IAG has not changed premiums for its NZI policyholders, with NZI selling house insurance policies through brokers.

“One interesting dynamic is that a small number of start-ups are now entering the market with the same risk-based pricing stance taken by Tower,” Drayton points out. “These are companies with new purpose-built IT systems that are small and nimble and able to target niche sectors.”

“It’s certainly a development to watch closely,” he continues, “as it raises the potential for larger players, if they are not able to respond effectively, being selected against. It will be interesting to see if the rate of these new entrants increases.”

The move from IAG suggests risk-based pricing will extend beyond the earthquake component of cover to flood-related elements. “Flood is not a reinsurance peril for New Zealand, but it is an attritional one,” Drayton points out. “Then there is the issue of rising sea levels and the potential for coastal flooding, which is a major cause for concern. So, the risk-based pricing shift is feeding into climate change discussions too.”

Policyholders in risk-exposed areas such as Wellington were almost totally unaware of how much higher their insurance should be based on their property exposure, largely shielded away from the risk reality of earthquakes in recent years. The move to risk-based pricing will change that.

Drayton agrees that recent developments are opening the eyes of homeowners. “There is a growing realization that New Zealand’s insurance market has operated very differently from other insurance markets and that that is now changing.”

One major marketwide development in recent years has been the move from full replacement cover to fixed sums insured in household policies. “This has a lot of people worried they might not be covered,” he explains. “Whereas before, people simply assumed that in the event of a big loss the insurer would cover it all, now they’re slowly realizing it no longer works like that. This will require a lot of policyholder education and will take time.”

At a more foundational level, current market dynamics also address the fundamental role of insurance, exposing the conflicted role of the insurer as both a facilitator of risk pooling and a profit-making enterprise. When investment returns outweighed underwriting profit, it appeared as if cross-subsidization wasn’t a big issue. However, current dynamics has meant the operating model is squarely focused on underwriting returns — to favor risk-based pricing.

Cross-subsidization is the basis upon which EQC is built, but is it fair? Twenty cents in every NZ$100 (US$66) of home or contents fire insurance premium, up to a maximum of NZ$100,000 insured, is passed on to the EQC. While to date there has been limited government response to risk-based pricing, it is monitoring the situation closely given the broader implications.

Looking globally, in an RMS blog, chief research officer Robert Muir-Wood also raises the question whether “flat-rated” schemes, like the French cat nat scheme, will survive now that it has become clear how to use risk models to calculate the wide differentials in the underlying cost of the risk. He asks whether “such schemes are established in the name of ‘solidarity’ or ignorance?”

While there is no evidence yet, current developments raise the potential for certain risks to become uninsurable. Increasingly granular data combined with the drive for greater profitability may cause a downward spiral in a market built on a shared burden.

Drayton adds: “Potential uninsurability has more to do with land-use planning and building consent regimes, and insurers shouldn’t be paying the price for poor planning decisions. Ironically, earthquake loading codes are very sophisticated and have evolved to recognize the fine gradations in earthquake risk provided by localized data. In fact, they are so refined that structural engineers remark that they are too nuanced and need to be simpler. But if you are building in a high-risk area, it’s not just designing for the hazard, it is also managing the potential financial risk.”

He concludes: “The market shifts we are seeing today pose a multitude of questions and few clear answers. However, the only constant running through all these discussions is that they are all data driven.”

“The New Zealand economy is comparatively small,” he explains, “and we face a range of unique climatic and geological risks. If we don’t plan for and mitigate these risks, there is a chance that reinsurers will charge insurers more or restrict cover.

“Before this happens, we need to educate the community, government, councils and regulators, and by moving toward risk-based pricing, we’re putting a signal into the market to drive social change through these organizations.

“These signals will help demonstrate to councils and government that more needs to be done to plan for and mitigate natural disasters and climate change.”

Harding feels that this risk-based pricing shift is a natural market evolution. “When you look at global trends, this is happening around the world. So, given that we face a number of large risks here in New Zealand, in some respects, it’s surprising it hasn’t happened sooner,” he says.

While some parties have raised concerns that there may be a fall in insurance uptake in highly exposed regions, Harding does not believe this will be the case. “For the average home, insurance may be more expensive than it currently is, but it won’t be unattainable,” he states.

Moving forward, he says that Tower is working to extend its risk-based pricing approach beyond the earthquake component of its cover, stating that the firm “is actively pursuing risk-based pricing for flood and other natural perils, and over the long term we would expect other insurers to follow in our footsteps.”

In terms of the potential wider implications if this occurs, Harding says that such a development would compel government, councils and other organizations to change how they view risk in their planning processes. “I think it will start to drive customers to consider risk more holistically and take this into account when they build and buy homes,” he concludes.