A Need for Multi-Gap Analysis

There cannot be many industries that recognize that approximately 70 percent of market potential is untapped. Yet that is the scale of opportunity in the expanding “protection gap”. 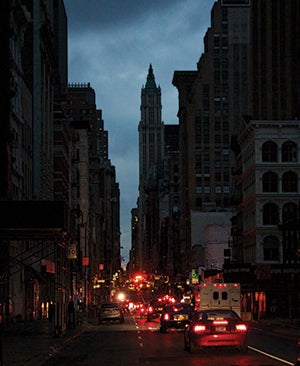 While efforts are ongoing to plug the colossal shortage, any meaningful industry foray into this barren range must acknowledge that the gap is actually multiple gaps, believes Robert Muir-Wood, chief research officer at RMS.

“It is composed of three distinct insurance gaps — high risk, emerging markets and intangibles — each with separate causes and distinct solutions. Treating it as one single challenge means we will never achieve the loss clarity to tackle the multiple underlying issues.”

“Take California earthquake. The California Earthquake Authority (CEA) was launched in 1996 to tackle the coverage dilemma exposed by the Northridge disaster. Yet increased deductibles and new exclusions led to a 30 percent gap expansion. And while recent changes have seen purchase uptick, penetration is around 12-14 percent for California homeowners.”

On the emerging market front, micro- and meso-insurance and sovereign risk transfer efforts to bridge the gap have achieved limited success. “The shortfall in emerging economies remains static at between 80 to 100 percent,” he states, “and it is not just a developing world issue, it’s clearly evident in mature markets like Italy.”

“The protection gap is composed of three distinct insurance gaps — high risk, emerging markets and intangibles — each with separate causes and distinct solutions”

A further fast-expanding gap is intangible assets. “In 1975, physical assets accounted for 83 percent of the value of S&P 500 companies,” Muir-Wood points out. “By 2015, that figure was 16 percent, with 84 percent composed of intangible assets such as IP, client data, brand value and innovation potential.”

To start closing these gaps, Muir-Wood believes protection gap analytics are essential. “We have to first establish a consistent measurement for the difference between insured and total loss and split out ‘penetration’ and ‘coverage’ gaps. That gives us our baseline from which to set appropriate targets and monitor progress.

“Probabilistic cat risk models will play a central role, particularly for the high-risk protection gap, where multiple region and peril-specific models already exist. However, for intangibles and emerging markets, where such models have yet to gain a strong foothold, focusing on scenario events might prove a more effective approach.”

Variations in the gaps according to severity and geography of the catastrophe could be expressed in the form of an exceedance probability curve, showing how the percentage of uninsured risk varies by return period.

“There should be standardization in measuring and reporting the gap,” he concludes. “This should include analyzing insured and economic loss based on probabilistic models, separating the effects of the penetration and coverage gaps, and identifying how gaps vary with annual probability and location.”