As we approach the first anniversary of Superstorm Sandy, I’ve been reflecting on my own experience of the event.

Living in New York at the time, I sat tight in my apartment as the storm headed toward the New Jersey coastline. A meteorologist at heart, I watched with concern and fascination as the disaster unfolded on TV, until my power cut out.

The following morning, with no power and most of lower Manhattan shut down, I took a walk downtown to explore the impact of the storm.

I passed many downed trees and the signs of flood inundation from the surge were clear to see. 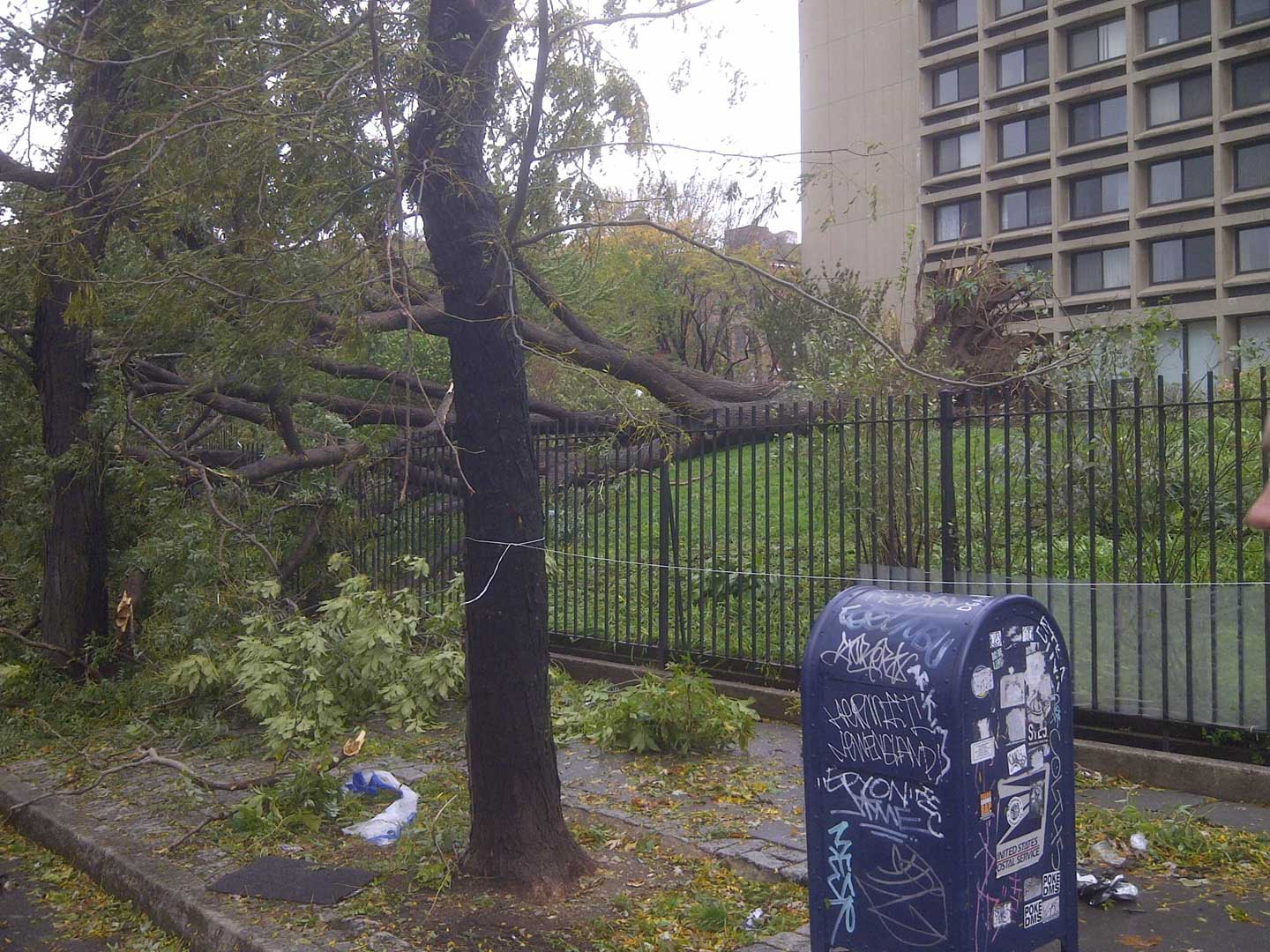 Downed trees in the village on Houston Street, NYC after Sandy.

As I walked down Broad Street in the financial district, a very noticeable consequence of the flooding could be smelled in the air and observed across the ground. An oily sheen covered the street as basement oil tanks in commercial buildings in the area had flooded and leaked, their contents subsequently spread by the floodwaters. 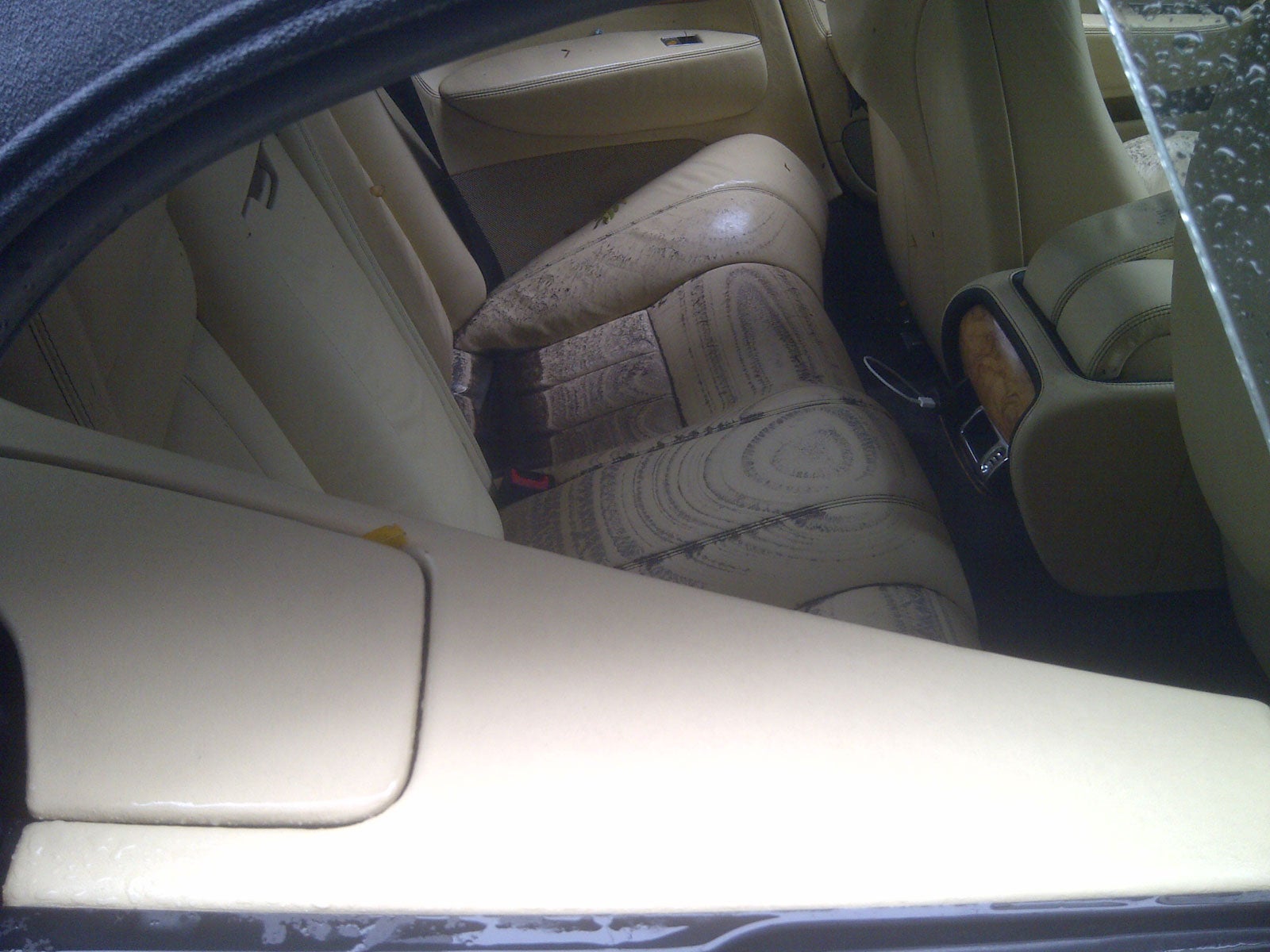 Bentley parked in Tribeca. The back seat shows signs that the whole car had flooded.

In the year after Sandy, this contamination issue has also been observed in other flood events.

After the significant summer flooding that impacted central Europe, RMS sent a reconnaissance team to inspect the damage. Basement-level heating tanks leaking oil were commonly observed, adding to the cost of cleanup, due to the cost of replacement and decontamination.

Contamination on a much larger scale occurred three months later, in the devastating Colorado floods. During this event, floodwaters reached oil and gas wells in the region, prompting concerns over contamination and significant potential environmental and financial costs. 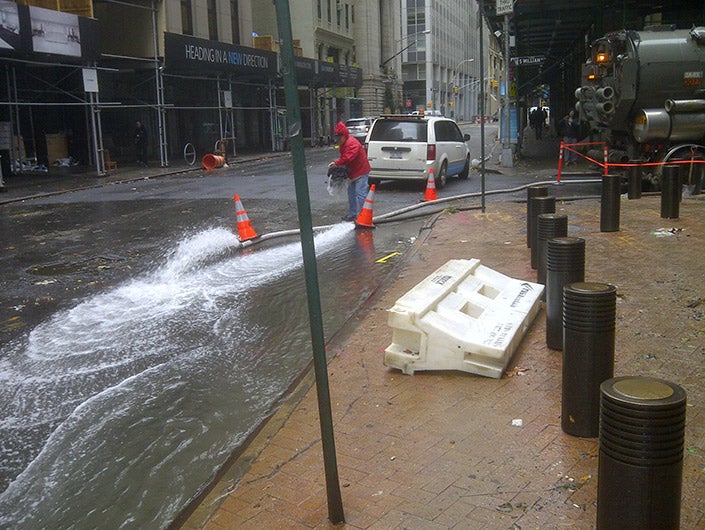 Water pumping in the financial district, NYC, after Superstorm Sandy.

While the physical damage and business interruption from flood events are significant, each of these events highlights how important the issue of contamination can be. Contaminated properties will take longer and cost more to repair but the negative environmental and health consequences can also be significant both in their impact and cost.

Contamination coverage may not be included in all property insurance policies, but where it is provided, it could represent an unexpected additional cost from these events. However, it is the potential liability cost associated with this hazard that should perhaps be of most concern to the insurance industry.

Various forms of advice exist surrounding how to design properties to protect them against flood damage but there is no guarantee that a risk will be compliant with a proposed guideline. The onus must be for the insurance industry to fully understand the risks they are providing coverage to.

Contamination poses an issue for the insurance industry, as modeling this risk would be very complex. The mode of damage and probability of occurrence will be difficult to represent and the combination of policy terms stretches beyond the realms existing solutions.

It has been widely noted in recent years that a proportion (either the peril itself or a component of the loss from a modeled peril) of global insured losses are not modeled.

Looking to the future, the industry will need tools that have the potential to evaluate all sources of risk; the exposures, the relevant policy terms and the non-modeled sources of loss.

While the industry may not be able to avoid surprises in the future, such as a large contamination loss, with improved technology (re)insurers should at least be equipped with the tools to explore such potential surprises.