When it rains in Sulawesi it blows a gale in Surrey, some 12,000 miles away? While these occurrences may sound distinct and uncorrelated, the wet weather in Indonesia is likely to have played some role in the persistent stormy weather experienced across northern Europe last winter. 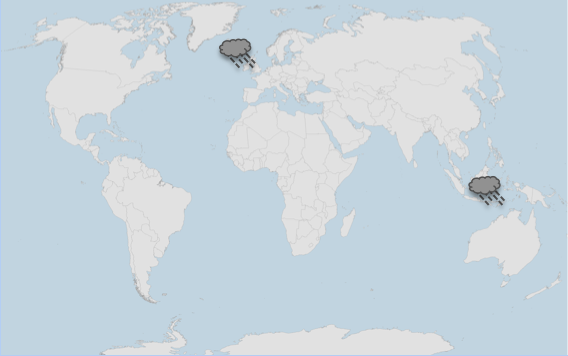 Weather events are clearly connected in different parts of the world. The events of last winter are discussed in RMS’ 2013-2014 Winter Storms in Europe report, which provides an in-depth analysis of the main 2013-2014 winter storm events and why it is difficult to predict European windstorm hazard due to many factors, including the influence of distant climate anomalies from across the globe.

Can we predict seasonal windstorm activity during the 2014-2015 Europe winter windstorm season?

As we enter the 2014-2015 Europe winter windstorm season, (re)insurers are wondering what to expect. 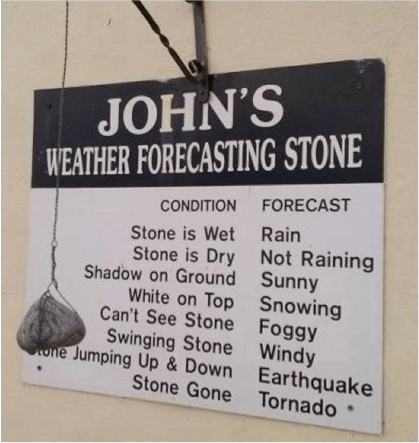 I am not so cynical; while weather forecasting models may have missed storms in the past and the outputs of long-range forecasts still contain uncertainty, they have progressed significantly in recent years.

In addition, our understanding of climatic drivers that strongly influence our weather, such as the North Atlantic Oscillation (NAO), El Niño Southern Oscillation (ENSO), and the Quasi-Biennial Oscillation (QBO) is constantly improving. As we learn more about these phenomena, forecasts will improve, as will our ability to identify trends and likely outcomes.

What can we expect this season?

The Indian dipole is an oscillation in sea surface temperatures between the East and West Indian Ocean. It has trended positively since the beginning of the year to a neutral phase and is forecast to remain neutral into 2015. Indonesia is historically wet during a negative phase, so we are unlikely to observe the same pattern that was characteristic of winter 2013-2014.

Current forecasts indicate that we will observe a weak central El Niño this winter. Historically speaking this has led to colder winter temperatures over northern Europe, with a blocking system drawing cooler temperatures from the north and northeast.

The influence of ENSO on the jet stream is less well-defined but potentially indicates that storms will be steered along a more southerly track. Lastly, the QBO is currently in a strong easterly phase, which tends to weaken the polar vortex as well as westerlies over the Atlantic.

Climatic features like NAO, ENSO, and QBO are indicators of potential trends in activity. While they provide some insight, (re)insurers are unlikely to use them to inform their underwriting strategy.

And, knowing that a season may have low overall winter storm activity does not remove the risk of having a significant windstorm event. For example, Windstorm Klaus occurred during a period of low winter storm activity in 2009 and devastated large parts of southern Europe, causing $3.4 billion in insured losses.

Given this uncertainty around what could occur, catastrophe models remain the best tool available for the (re)insurance industry to evaluate risk and prepare for potential impacts. While they don’t aim to forecast exactly what will happen this winter, they help us understand potential worst-case scenarios, and inform appropriate strategies to manage the exposure.

When Did Windstorms Become So Wet?

Looking back to the start of the European windstorm season, my colleague Brian Owens pondered whether the insurance industry would experience a windfall or windy fall? Well, a week into February, I think all observers would agree that this has been a very active season. As the industry continues to count the cost of the succession of systems that have assaulted our shores, it is apparent that the accumulated losses over the season will make this a year from which much can be learned. The storms impacting northern Europe have frequently brought damaging winds to coastal areas, occasionally exceeding 90mph in the most exposed areas. However, the driving jet stream has typically been very strong to the west but tapered off in the northeast Atlantic. This has caused systems to explosively deepen and mature before they reached the U.K. and Ireland, but then decay as they approached these shores. Consequently, the long storm paths have prompted higher waves and storm surges, but the latter decay, even for extremely deep cyclones, has meant less damaging winds. This has thus far spared Atlantic-facing countries from extreme wind losses. But as the season has developed, the main story hasn’t been storm gusts. Anyone living in or visiting the U.K. this winter can testify that it has been exceedingly wet. Not just from excessive rainfall, but from repeated coastal inundations from storm surges combined with high tides as well. Consequently inland and coastal flooding has been significant, dominating our attention. The persistent rainfall since December has caused river catchments such as the River Severn and Somerset Levels to swell, particularly across southern England and Wales. Groundwater reservoirs and soils are also saturated, leading to pluvial and groundwater flooding. However, perhaps most interesting this season has been the surge-driven coastal flooding. Storm surges occur when strong winds force the underlying water toward the coast. As the surge develops, water levels are influenced by the shape of the coastline and tidal interactions, both of which can act to amplify surge heights and resulting coastal flooding. While property damage has not yet reached the scale of prior major flood incidents in the U.K., this series of events highlights the importance of evaluating the complete flood cycle, from the initiating precipitation and antecedent conditions to the final mode of flooding, as seen during the 2012 U.K. flooding. With tidal ranges as large as 15 m in the U.K., the timing of the surge is vital for determining the scale of the hazard. Surges that impact a region at high (spring) tide pose the most risk for flooding. The storms impacting northern Europe this winter have consistently coincided with some of the highest tides of the year. Level of surge (green), relative to actual (blue) and predicted (red) storm-tideBeginning with Windstorm Xaver in December, the U.K. east coast and coastal locations in Germany were given their sternest test since the devastating 1953 and 1962 events. Fortunately coastal defenses have been improved since those historical floods and the subsequent flooding was not significant. Numerous systems have continued to arrive through January, with southeast England and Wales, Ireland and northern France particularly affected. As recently as last week, Windstorms Petra and Ruth brought yet more coastal damage and flooding, and the risk of more flooding remains high this week. As with the wind and inland flood impacts of each individual storm, the coastal damage may not be viewed significant in isolation. Consequently specific storms from this season may not stick in the memory, like 87J has. But the accumulating damage and cost of this continuous series of events has made this a season to remember. It has also posed a question around how we as an industry evaluate our wind and flood risk. Do we evaluate these perils in isolation or do we consider the correlation these perils have in winter months. A question that may become more prominent as the future of flood insurance in the U.K. evolves.…