Can the Florida Insurance Market Withstand a US$100 Billion Repeat of Hurricane Andrew?

Hurricane Andrew’s landfall in Florida in 1992 changed the face of property catastrophe insurance and kick-started many new initiatives, including the development of hurricane risk modeling. However, with significant exposure growth, the impact of social inflation, and climate change complications, the insurance market could struggle to respond to a repeat of Andrew.

The wide-ranging impact of Hurricane Andrew on the Florida insurance market is a familiar story within the risk management world. However, 30 years on from August 24, 1992, when Andrew made landfall in Dade County, Florida, memories appear to be getting shorter, as the insurance industry once more seems to be in danger of underestimating its exposure to a Category 5 storm hitting the state.

When Hurricane Andrew came ashore as the first named tropical storm of the 1992 North Atlantic hurricane season, it followed a seven-year hiatus in major hurricane activity in Florida. Industry predictions at the time were that it would cost insurers around US$4 billion to US$5 billion, but Andrew ended up costing the insurance industry US$15 billion (in 1992 values) for Florida claims, and it caused the deaths of 44 people in the state.

Fast forward to today, and RMS® predictions for a repeat of Andrew would see the insured loss for wind and surge in the range of US$80 billion (GR) and US$90 billion (GU), in which other non-modeled losses and social inflation could lead to a US$100 billion event.

The losses from Hurricane Andrew vindicated the need for catastrophe modeling solutions including the use of multiple simulated storms beyond those previously experienced in history. Catastrophe models enabled the new Bermuda reinsurance market: eight new reinsurers were established without the need for their own historical experience.

In time, catastrophe models would enable the creation of insurance-linked securities such as catastrophe bonds, to tap into capital markets for alternatives to reinsurance. Without Hurricane Andrew, it might have taken much longer for this revolution to happen.

The crisis caused by Andrew certainly precipitated some rapid and innovative changes to help manage a much larger hurricane risk cost than previously recognized, allowing the market to prepare for the hyperactive Florida hurricane seasons of 2004 and 2005. 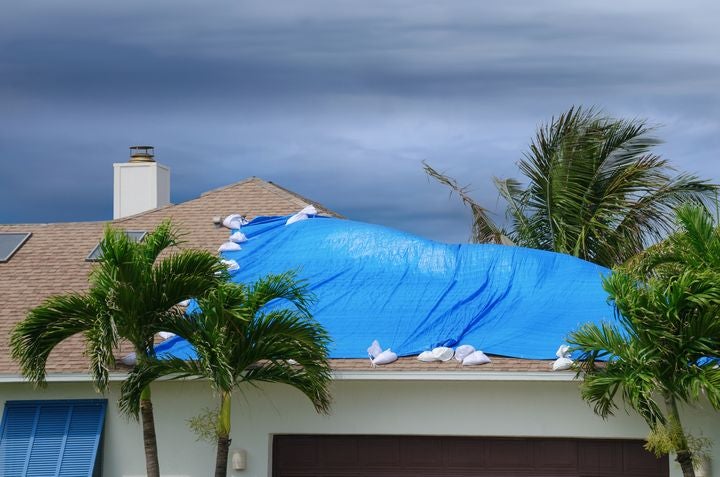 Among these was the 25 percent roof replacement rule in 2007, which mandated that if 25 percent or more of a roof is ‘repaired, replaced or recovered’ in any 12-month period, then the entire roofing system or roof section must be brought up to the latest building code.

“Until the hurricanes returned with a vengeance in 2017,” says Peter Datin, senior director of modeling at RMS, “the significant additional cost imposed on insurers due to this code update was not clear.”

Before Hurricane Andrew, exposure mapping by the insurance industry involved tracking premiums at a fairly coarse ‘Cresta Zone’ resolution. Post-Andrew, as modelers provided insurers with the ability to model exposures at a finer scale, insurers recognized how higher resolution data could provide a more accurate assessment of risk.

RMS released its first hurricane model in 1993. Since then, there have been many updates and innovations, from basin-wide stochastic tracks, coupled ocean-atmosphere storm surge modeling, and significant enhancements in damage assessment modeling.

After Hurricane Katrina in 2005, Robert Muir-Wood, chief research officer at RMS, coined the term ‘post-event loss amplification’ (PLA) to cover all processes that can raise losses after a major catastrophe, such as demand surge and claims inflation.

Auguste Boissonnade, vice president of model development at RMS, who designed the first RMS hurricane model, worked on how to quantify these different factors in generating the overall insurance loss after cat events.

For the most extreme catastrophes, when damage requires the long-term evacuation of large parts of a city, the definition of a “super catastrophe” (or “super-cat”) event applies, where secondary consequences can be a significant component of the original damage. The flooding of New Orleans after Hurricane Katrina was such a super-cat.

“With the hurricane catastrophes of 2004 and 2005 came the realization that cat loss models needed to allow for undervaluation of insured exposures as well as the secondary impact of economic, social, and political factors that could amplify the losses,” Boissonnade says.

After major hurricanes, RMS vulnerability modelers review lessons that can be learned from the events and the resulting claims data. “Through claims analyses, it has been possible to quantify the degree to which changes in wind design codes have reduced damage and losses to buildings and incorporate those learnings into cat models,” added Datin.

The average cost of an annual homeowner’s policy in Florida is expected to soar to US$4,231 this year, almost three times the U.S. annual average, according to the Insurance Information Institute.

Five Florida market insurers have already gone insolvent so far in 2022, faced with rising claims costs and increased costs for reinsurance. Meanwhile, the number of policies written by Citizens, a post-Andrew creation, has risen to over a million, as insurers have either gone insolvent, withdrawn capacity from the market, or had their ratings downgraded, making it harder for insureds to secure coverage that will meet their mortgage lenders’ approval.

In July 2022, rating agency Demotech wrote to 17 insurers warning them they could be downgraded from A (exceptional) to S (substantial) or M (moderate), potentially impacting millions of policyholders whose mortgage providers demand home insurance from the strongest-rated carriers. Florida legislators then looked to circumvent the use of Demotech ratings with a new stopgap measure, where Citizens take on a reinsurance role to pay claims for insolvent insurers.

At the same time, insurers are struggling to secure reinsurance capacity, and Citizens only managed to get a third of its desired reinsurance cover, making it harder for carriers to deploy sufficient capacity to meet the demand for hurricane coverage. There has also been a huge increase in the volume of catastrophe claims in recent years, driven by social inflation and undervaluation of exposures.

“Our prediction that a repeat of Andrew today could cause as much as US$100 billion in insured losses is based in large part on changes in exposure and population since 1992, coupled with updated predictions of the impact of wind and storm surge, with significant anticipated post-event loss amplification.

Combined wind and surge losses for a repeat of Hurricane Andrew are estimated at US$87 billion. Post-event loss amplification, whether it is from a slow recovery, supply chain issues from COVID-19, or current inflationary trends, could take the ultimate loss closer to US$100 billion. The impact of storm surge, particularly with the climate change-related rise in sea levels, is also more pronounced now compared to estimates at the time of Andrew.

Added to this is the significant demographic shift in Florida. As of this year, the population of Florida is estimated at over 22 million – a 61 percent increase from the number of people in 1992. Building counts in Andrew’s wind and surge footprints have increased by 40 percent to 1.9 million and by 32 percent to 55,000 respectively.

“While the wind was the main driver of loss in 1992, the number of new, high-valued buildings near the coast suggests that storm surge losses may play an increasing role in a repeat of this event,” says Rahnama.

In constant-dollar terms, economic exposure has grown substantially within both Andrew’s wind and surge footprints, based on an analysis of the total built floor area (see Figure 1). On top of this, cost inflation since 1992 has been substantial, with replacement costs in Florida estimated to have increased between two times and 2.5 times since 1992, based on historical construction cost indices.

One key uncertainty in estimating the losses from a repeat of Hurricane Andrew concerns the impact of claims litigation. “Irma in 2017 was the first significant hurricane to make landfall since the 25 percent roof replacement rule was expanded in 2017 to all buildings across Florida, and it contributed to a significant increase in claims frequency and severity, as roof damage sustained during the storm attracted many roofing contractors, who handed over their exaggerated claims to be pursued by attorneys,” recalls Datin.

An estimated US$15 billion has been paid to claimants by insurers in Florida since 2013, driven by assignment of benefits (AOB) cases, where litigation has capitalized on the 25 percent roof replacement rule, with a significant portion of the cost being driven by attorney’s fees on both sides.

“This means that only the damaged portion of the roof on newly built or upgraded roofs needs to be repaired after a damaging wind event instead of the entire roof or roofing system. Most importantly for insurers, the right of the contractor or assignee to obtain compensation for attorney fees – that drives up the cost of claims even further – has been removed,” adds Datin.

Muir-Wood adds: “There is further hope for insurers following a recent appeal court ruling in Florida which could provide the blueprint for insurers to successfully argue against contractors in such lawsuits. Here we have at least one factor that is now being brought under control, which has significantly raised the insurance costs of hurricane losses. However, insurers will be watching closely to see if there is any reduction in social inflation because of recent legislative measures.”

Can the US$100 Billion Repeat of Andrew be Prevented?

Should another Category 5 hurricane make landfall in southeast Florida today, not only will the insured loss be more considerable, but the insurance industry will face major challenges that could severely impact its ability to withstand the event. What can the risk management industry do to mitigate losses?

Risk modeling has advanced dramatically. “Insurers need to collect detailed data on their exposures and values and then employ high-resolution modeling alongside all those factors that can affect the ultimate loss, whether from post-event loss amplification or from more resilient construction standards,” says Muir-Wood.

The spirit of the industry working together with regulators, similar to post-Andrew, needs to be resurrected. “To help insurance carriers to remain competitive, regulators and legislators have been working with the industry to prevent claims litigation from getting out of control and potentially threatening the viability of hurricane insurance in Florida,” adds Boissonnade.

“And legislators also need to keep a close eye on how claims respond to the changes to the 25 percent roof replacement rule, and in measures that reduce the need for litigation, so as to reduce vexatious claims,” he adds.

Datin acknowledges the role that risk modelers can play, “The catastrophe modeling community has already helped drive positive change in Florida by demonstrating the impacts of building codes and the effects of AOB-driven claims inflation on modeled risk.”

In addition, says Rahnama: “It’s crucial that modeling for hurricane risk takes greater account of the effects of climate change on global warming and sea level rise, and the impact those will ultimately on wind and storm surge in the event of another hurricane like Andrew. Let’s not sleepwalk into another Andrew-type scenario. The insights are there, and the warning signs have flashed – we just need to learn from history.”

RMS HWind Hurricane Forecasting and Response and ExposureIQ: Exposure Management Without the Grind … 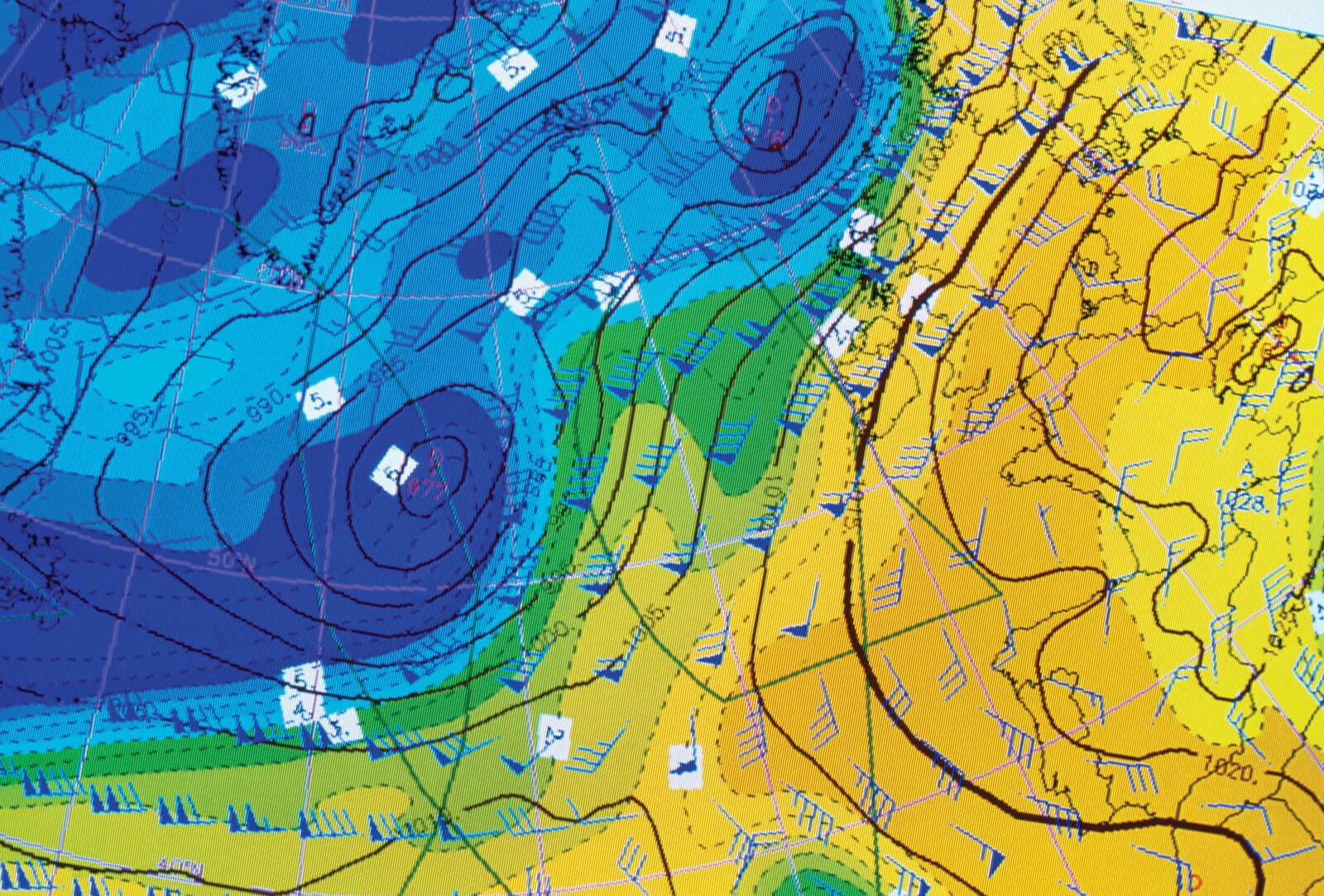 In the Eye of the Storm …