In a country that according to the United Nations, between 1995 and 2015 experienced the largest number of natural disasters globally, and with these losses largely uninsured, China is at the start of a journey to close its protection gap between economic and insured losses — during a sustained period of rapid GDP growth. Examples such as the devastating Sichuan earthquake in 2008 which killed more than 80,000 people and caused US$125 billion in economic losses saw just 0.3 percent of losses covered by insurance. Floods in southern China during the summer of 2016 saw economic losses of US$20 billion, the second costliest event of the year. But again, according to Munich Re, just two per cent was insured.

The insurance market is  growing steadily in China, it grew around 19 percent overall year-on-year during 2017. Property insurance grew around 14 percent year-on-year, but this is from a very small base. This growth in the uptake of insurance is in the context of a country that is growing rapidly, with annual GDP growth ranging from six to 14 percent per year consistently over the last 20 years. With the government looking to create megacities to house 250 million within eight years, and US$900 billion being invested in the “Belt and Road” initiative, insurers have a big task ahead to close what could be an ever-growing protection gap. 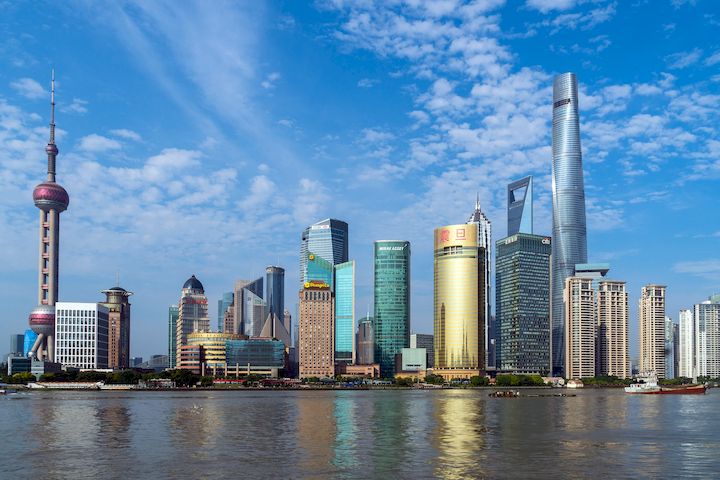 The Pudong district of Shanghai. The Shanghai metro area is home to 34 million residents.

One route to reduce the gap is to expand reinsurance capacity. Regulators in China, similar to regulators across Asia-Pacific, have implemented measures to make their reinsurance market more robust and competitive. The recent history of reinsurance in China follows a typical pattern for the region, as state-owned reinsurers went public and new entrants emerged from both within and outside of China.The first Chinese reinsurer was spun out of the state-owned People’s Insurance Company of China in 1996 and renamed China Re in 1999.

But only three out of the twenty applicants gained approval from the CBIRC — Taiping Re (China), Qianhai Re and PICC Re. Tighter regulations with the introduction of C-ROSS (China Risk-Oriented Solvency System) in 2015 has strengthened capital requirements, risk management and governance in the insurance market to bring China in-line or exceeding regulatory programs in Europe and Asia.

To build a strong reinsurance market within China, C-ROSS has also created an environment which offers some favorability (such as credit risk factors) to domestic and international businesses with operations based in China, rather than reinsurers based outside of China. Only reinsurers who can meet the stringent requirements imposed by CBIRC will be able to participate in the Chinese market, potentially denying access to weaker players.

The RMS team in Beijing work with many of the reinsurers in the country and have recently welcomed PICC Re as a client. RMS offers models covering China earthquake, typhoon and agricultural risk, and clients in China are interested in both domestic and international risk models as they look to manage growth within the local market and have ambitions to expand globally.

For the local market, reinsurers are faced with soft market conditions resulting in premiums that are often less than modeled loss. Perhaps due to a lack of major insured loss events in China, the use of risk modeling is not at the same level as in Europe or North America, but this must change as the insurance market grows. Regulatory pressures towards responsible risk management, plus growing levels of insured exposure will require risk models, to protect against risk accumulation and to start selecting and pricing risk in a more sustainable way.

With reinsurers in China looking at markets including traditional U.S. risks (hurricane and earthquake), through to typhoon risk in southeast Asia, by using models such as those from RMS, they understand the risk management rigor that needs to be applied to succeed, and this in turn will help drive performance and growth in the domestic market. China does offer a fascinating mix of opportunities for business growth, and the chance to help build a resilient country working to close its protection gap, all within an economy which is set to overtake the U.S. in 14 years’ time. 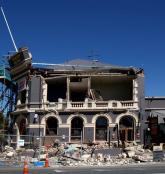