There has always been a balance between cross-subsidy and property-specific, risk-based underwriting and pricing in insurance, particularly for homeowners’ policies. While an actuary can easily quantify differences in fire risk for houses constructed from wood versus concrete based on claims, this becomes much more difficult when the peril concerned is infrequent, such as for earthquake or flood. Clearly risk models help to bridge this gap, but facilitating a move from cross-subsidy to risk-based pricing is more complex than simply using risk analytics. Factors such as regulation, market conditions, distribution channels and insurer IT systems all determine whether individual insurers and markets will move towards greater differentiation of risk. This is not to mention the political dimension of insurance affordability and social equity.

The evolution of this balance between cross-subsidy and differentiation has been seen in many insurance markets around the world, for example, when the U.K. government responded to several large floods early in the new millennium with the creation of Flood Re. New Zealand is a current, dynamic example. The Canterbury earthquake sequence of 2010-2011 provided a stark reminder of the risks of conducting insurance business in New Zealand, resulting in a range of market changes.

The occurrence of an earthquake was not a surprise in the “Shaky Isles”, but the series of earthquakes over several months, including an extraordinary degree of liquefaction, produced historic levels of loss (see previous posts by Megan Arnold and Ashley Bernero). Along with the 1-in-1000-year solvency levels phased in by the Reserve Bank of New Zealand since 2010 (among the highest in the world) this has led to a greater focus on what risks drive reinsurance and risk capitalization costs, with the market now starting to shift the focus away from community rating to more specific risk selection and pricing.

In April this year, New Zealand insurer Tower Insurance announced that it was starting to implement the latest generation of household-specific earthquake risk information, provided by RMS, to determine risk acceptance and pricing for households. This will allow for a better understanding of liquefaction risk, which varies over shorter distances than could previously be modeled. While other New Zealand insurers have taken some action towards pricing for earthquake risk, Tower has gone further than others in the level of differentiation, in part due to the freedom that a direct distribution channel gives in terms of implementing rate changes.

In terms of the social equity discussion, Tower sees its role as sending a risk signal to the market via the mechanism of insurance pricing. It recognizes that many homeowners may have been previously unaware of the riskiness of their properties, mainly due to cross-subsidy masking the extent of the risk.

To give a little context, only two-and-a-half percent of customers will be facing a price rise of NZ$250 or more for the earthquake component of cover, but one percent may see an increase of more than NZ$2000. Throw in the fact that the country has only recently moved from “replacement” to “sum insured” homeowner insurance policies (with an associated risk of under-insurance), and that the government provides national cross-subsidized protection under policies that cover the first losses (via the Earthquake Commission), and it is clear how risk analytics are just one small part of a complex equation.

As my New Zealand-based colleague Michael Drayton tells me, “RMS gets the easy bit — we just employ geologists, engineers, mathematicians, physicists, actuaries and the like to perform detailed hazard and loss research to create millions of years of simulated earthquake activity in order to price risk for individual properties and insurance portfolios. Our clients have to implement the results of all this in the real world —  which is far messier…!”

So the question now is, how does the wider insurance market respond now that one player has made such a decisive move to risk-based selection and pricing, given the potential for anti-selection for those insurers not employing similar processes? 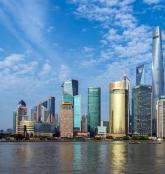