The northwest Pacific is the most active tropical cyclone basin in the world, having produced some of the most intense and costly cyclone events on record. The 2015 typhoon season has been particularly active due to this year’s strong El Niño conditions.

The unpredictable nature of the El Niño phenomenon, which affects the genesis and pathway of tropical cyclones, and the complexity of tropical cyclone systems underscore the need to fully understand typhoon risk—particularly in Japan where exposure concentrations are high. Catastrophe models, such as the forthcoming RMS® Japan Typhoon Model, using a basin-wide event set to model the three key correlated perils—wind, inland and coastal flood—are more effective in enabling firms to price and manage the ever-evolving exposures that are at risk from this multifaceted peril.

The Significance of September

Peak typhoon season in the northwest Pacific basin is between July and October, but it’s September that typically sees the highest number of strong category 3-5 typhoons making landfall: eight of the top ten greatest insured losses from northwest Pacific tropical cyclones since 1980 all occurred in September.

In September, during El Niño years, Guam is significantly more susceptible to a higher proportion of landfalls, and Japan and Taiwan experience a slight increase due to the genesis and pathway of tropical cyclones. While wind is the primary driver of tropical cyclone loss in Japan, inland and coastal flooding also contribute substantially to the loss.

In September 1999, Typhoon Bart caused $3.5 billion in insured losses due to strong winds, heavy rainfall, and one of the highest storm surges on record at the time. The height of the storm surge reached 3.5 meters in Yatushiro Bay, western Japan, and destroyed coastal defences, inundating vast areas of land.

Five years later in September 2004, Typhoon Songda caused insured losses of $4.7 billion. Much of the loss was caused by rain-related events and flooding of more than 10,000 homes across South Korea and Japan in the Chugoku region, western Honshu.

September 2015 – A Costly Landfall for Japan?

This September we have already seen Tropical Storm Etau, which brought heavy rains to Aichi Prefecture on Honshu Island causing immense flooding to more than 16,000 buildings, and triggered dozens of landslides and mudslides.

The increased tropical cyclone activity in the northwest Pacific this year has been attributed to an El Niño event that is forecast to strengthen further. Two factors linked to El Niño events suggest that this September could still see a costly landfall in Japan:

Combined, the above conditions increase the number of strong typhoons that make landfall in Japan.

Damaging typhoons don’t just occur in September or El Niño years – they can happen under any conditions.

Of the ten costliest events, only Typhoon Mireille in 1999 and Typhoons Songda, Chaba, and Tokage, all of which made landfall in 2004, occurred during El Niño years

Look out for more information on this topic in the RMS paper “Effects of the El Niño Southern Oscillation on Typhoon Landfalls in the Northwest Pacific”, due to be published in October. 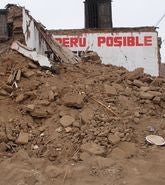 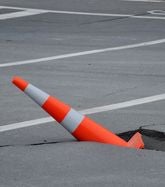