When people think about the power of hurricanes, they imagine strong winds and flying debris. Wind damage will always result from hurricanes, but Hurricane Sandy highlighted the growing threat of storm surge as sea levels rise.

While Sandy’s hurricane-force winds were not unusual, the storm delivered an unprecedented storm surge to parts of the Mid-Atlantic and Northeast U.S. In total, Sandy caused insured losses of nearly $20 billion in the U.S., 65 percent of which resulted from surge-driven coastal flooding.

Considering the hazard and severity of the event, we used Sandy as the first real opportunity to validate our hydrodynamic storm surge model, which we released in 2011 and embedded in the RMS U.S. Hurricane Model. We verified the model against more than 300 independent wind and flood observations, the Federal Emergency Management Agency’s (FEMA) 100-year flood zones, and the FEMA best surge inundation footprint for New York City. The model captured the extent and severity of Sandy’s coastal flooding exceptionally well.

We also conducted extensive analysis of claims data from Sandy, which involved reviewing nearly $3 billion in location-level claims and exposure data across seven lines of business, provided by several companies. The purpose of the study was to deepen our understanding of the impacts of flooding on coastal exposures, particularly for commercial and industrial structures.

What struck us was how vulnerable buildings are to below-ground flooding. In many cases, damage to ground- and basement-level property and contents contributed a much higher proportion of the overall losses than expected, particularly for commercial structures in New York’s central business districts.

This insight has prompted us to improve the flexibility of how losses are modeled for contents and business interruption, specifically for basements. Early next year, we will release an update to our flagship North Atlantic Hurricane Models to provide the most-up-to-date view of hurricane risk with new vulnerability modeling capabilities based on insights gained from Sandy.

The model update includes new location-specific content triggers to enable users to make business interruption loss projections dependent on either contents or building damage, rather than on building damage alone. The model also allows users to assess the impact of multiple basement levels in a building, as well as the total value of contents stored within.

The claims data analysis also highlighted the importance of using high-resolution data to model high-gradient perils, such as coastal flooding. Flood losses are extremely sensitive to the locations of coastal exposures, as well as the surrounding topographical and bathymetrical features. Using high quality data with location-level specificity across a variety of building characteristics, as well as a high-resolution storm surge model that can accurately capture the flow of water around complex coastlines and local terrain, minimizes uncertainty.

At this time, RMS remains the only catastrophe modeling firm to integrate a hydrodynamic, time-stepping storm surge model into its hurricane models to represent the complex interactions of wind and water throughout a hurricane’s life-cycle, and we continue to implement lessons learned from new storms. 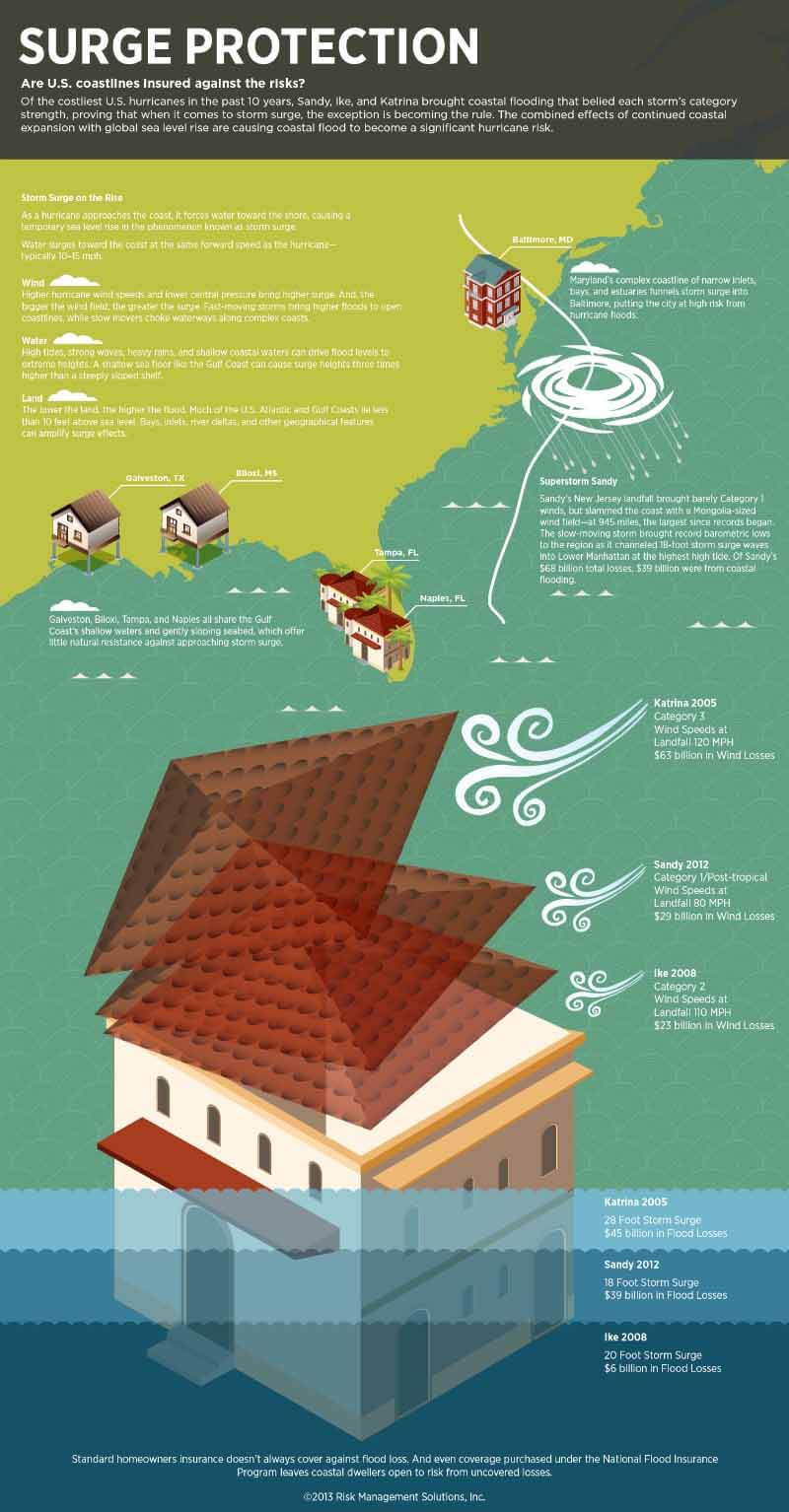