What One Thing Would Help Close The Protection Gap?

In each edition of EXPOSURE, we ask three experts their opinion on how they would tackle a major risk and insurance challenge. This issue, we consider the protection gap, which can be defined as the gap between insured and economic losses in a particular region and/or type of exposure. As our experts John Seo, Kate Stillwell and Evan Glassman note, protection gaps are not just isolated to the developing world or catastrophe classes of business. 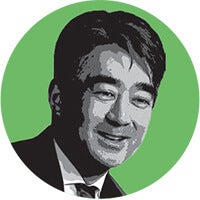 The protection gap is often created by the terms of the existing insurance itself, and hence, it could be closed by designing new, parametric products. Flood risk is excluded or sub-limited severely in traditional insurance coverage, for instance. So the insurance industry says “we cover flood”, but they don’t cover it adequately and are heavily guarded in the way they cover it.

A great example in the public domain was in 2015 in the Southern District Court of New York with New York University (NYU) versus FM Global. NYU filed a claim for $1.45 billion in losses from Hurricane Sandy to FM Global and FM Global paid $40 million. FM Global’s contention was that it was a flood clause in NYU’s coverage that was triggered, and because it was a flood event in essence their coverage was limited to $40 million.

Ostensibly on the surface NYU had $1.85 billion in coverage, but when it came to a flood event they really only had $40 million. So the protection gap is not just because there’s absolutely no insurance coverage for these types of perils and risks in these geographies and locations, but because the terms of protection are severely sub-limited. And I would claim that’s the case for cyber risk for sure.

The industry is very enthusiastic about its growth, but I can see, 10 to 20 years down the line, with a significant national event on cyber that we might find that we’re actually naked on cyber, as NYU discovered with Sandy. You could have a Fortune 50 company in the U.S. thinking they have $1 billion of cyber coverage, and they’re going to have an event that threatens their existence… but they’ll get a check for $50 million in the post. 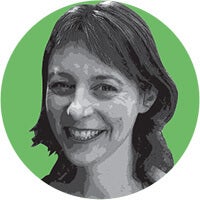 Founder and CEO of Jumpstart Recovery

My absolute fundamental goal is to get twice as many people covered for earthquake in California. That doesn’t mean they’re going to have the same kind of earthquake insurance product that’s available now. What they will have is a  product which doesn’t fill the whole gap but does achieve the goal of immediate economic stimulus, and that creates a virtuous circle that gets other investment coming in.

I wouldn’t have founded Jumpstart if I didn’t believe that a lump-sum earthquake-triggered cover for homeowners and renters wouldn’t help to build resilience… and building resilience fundamentally means filling the protection gap. I am absolutely motivated to ensure that people who are impacted by natural catastrophes have financial protection and can recover from losses quickly.

And in my mind, if I had to choose only one thing to help close the protection gap, it would be to align the products (and the resources) that are available with human psychology. Human beings are not wired to process and consider low-probability, high-consequence catastrophe events.

But if we can develop resources and financial products that tap into human optimism then potentially we can fill this protection gap. Providing a bit of money to jumpstart the post-earthquake recovery process will help to transform consumer thinking around earthquakes from, ‘this is a really bad peril and I don’t want to think about it’ into, ‘it won’t be so bad because I will have a little bit of resource to bounce back’. 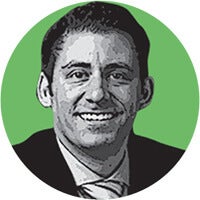 There’s a big disconnect between the insured loss and economic loss when it comes to natural catastrophes such as U.S. windstorm and earthquake. From our perspective, parametric insurance becoming more mainstream and a common and widely-adapted vehicle to work alongside traditional insurance would help to close the protection gap.

The insurance industry overall does a good job of providing an affordable large limit layer of indemnity protection. But the industry is only able to do that, and not go out of business after every event, as a result of attaching after a significant buffer layer of the most likely losses.

Parametric insurance is designed to work in conjunction with traditional insurance to cover that gap. The tranche of deductibles in tier one wind-zones from the Gulf Coast to the Northeast has been estimated at $400 billion by RMS… and that’s just the deductible tranche.

The parametric insurance space is growing but it hasn’t reached a critical mass yet where it’s a mainstream, widely-accepted practice, much like when people buy a property policy, they buy a liability policy and they buy a parametric policy. We’re working towards that and once the market gets there the protection gap will become a lot smaller. It’s good for society and it’s a significant opportunity for the industry as it’s a very big, and currently very underserved market.

This model does have the potential to be used in underdeveloped insurance markets. However, I am aware there are certain areas where there are not yet established models that can provide the analytics for reinsurers and capital markets to be able to quantify and charge the appropriate price for the exposure. 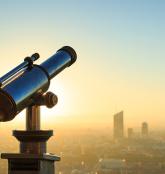 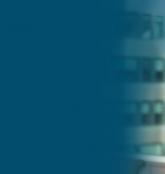