Why is it that, in many different situations and perils, people appear to want to relocate toward the risk? What is the role of the private insurance and reinsurance industry in curbing their clients’ risk tropism? 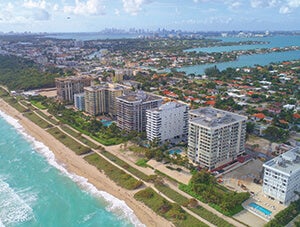 If the Great Miami Hurricane of 1926 were to occur again today it would result in insurance losses approaching US$200 billion. Even adjusted for inflation, that is hundreds of times more than the US$100 million damage toll in 1926. Over the past 100 years, the Florida coast has developed exponentially, with wealthy individuals drawn to buying lavish coastal properties — and the accompanying wind and storm-surge risks. Since 2000, the number of people living in coastal areas of Florida increased by 4.2 million, or 27 percent, to 19.8 million in 2015, according to the U.S. Census Bureau.

This is an example of unintended “risk tropism,” explains  Robert Muir-Wood, chief research officer at RMS. Just as the sunflower is a ‘heliotrope’, turning toward the sun, research has shown how humans have an innate drive to live near water, on a river or at the beach, often at increased risk of flood hazards.

“There is a very strong human desire to find the perfect primal location for your house. It is something that is built deeply into the human psyche,” Muir-Wood explains. “People want to live with the sound of the sea, or in the forest ‘close to nature,’ and they are drawn to these locations thinking about all the positives and amenity values, but not really understanding or evaluating the accompanying risk factors.

“People will pay a lot to live right next to the ocean,” he adds. “It’s an incredibly powerful force and they will invest in doing that, so the price of land goes up by a factor of two or three times when you get close to the beach.”

Even when beachfront properties are wiped out in hurricane catastrophes, far from driving individuals away from a high-risk zone, research shows they simply “build back bigger,” says Muir-Wood. “The disaster can provide the opportunity to start again, and wealthier people move in and take the opportunity to rebuild grander houses. At least the new houses are more likely to be built to code, so maybe the reduction in vulnerability partly offsets the increased exposure at risk.” 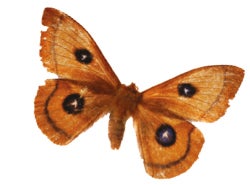 Risk tropism can also be found with the encroachment of high-value properties into the wildlands of California, leading to a big increase in wildfire insurance losses. Living close to trees can be good for mental health until those same trees bring a conflagration. Insurance losses due to wildfire exceeded US$10 billion in 2017 and have already breached US$12 billion for last year’s Camp, Hill and Woolsey Fires, according to the California Department of Insurance. It is not the number of fires that have increased, but the number of houses consumed by the fires.

Muir-Wood notes that the footprint of the 2017 Tubbs Fire, with claims reaching to nearly US$10 billion, was very similar to the area burned during the Hanley Fire of 1964. The principal difference in outcome is driven by how much housing has been developed in the path of the fire. “If a fire like that arrives twice in one hundred years to destroy your house, then the amount you are going to have to pay in insurance premium is going to be more than 2 percent of the value per year,” he says. 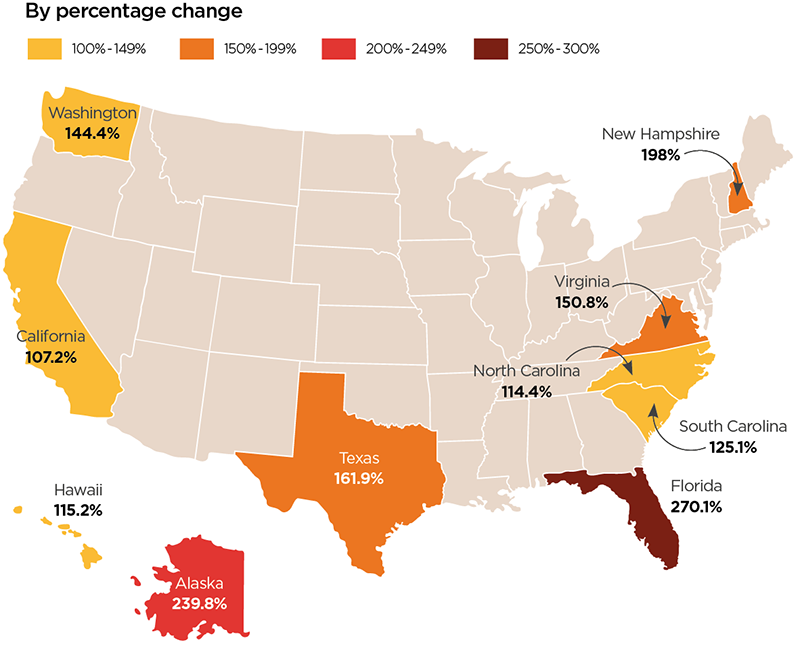 “People will think that’s unjustified and will resist it, but actually insurance tends to stop working when you have levels of risk cost above 1 percent of the property value, meaning, quite simply, that people are unprepared to pay for it.”

Risk tropism can also be found in the business sector, in the way that technology companies have clustered in Silicon Valley: a tectonic rift within a fast-moving tectonic plate boundary. The tectonics have created the San Francisco Bay and modulate the climate to bring natural air-conditioning.

“Why is it that, around the world, the technology sector has picked locations  — including Silicon Valley, Seattle, Japan and Taiwan — that are on plate boundaries and are earthquake prone?” asks Muir-Wood. “There seems to be some ideal mix of mountains and water. The Bay Area is a very attractive environment, which has brought the best students to the universities and has helped companies attract some of the smartest people to come and live and work in Silicon Valley,” he continues. “But one day there will be a magnitude 7+ earthquake in the Bay Area that will bring incredible disruption, that will affect the technology firms themselves.” 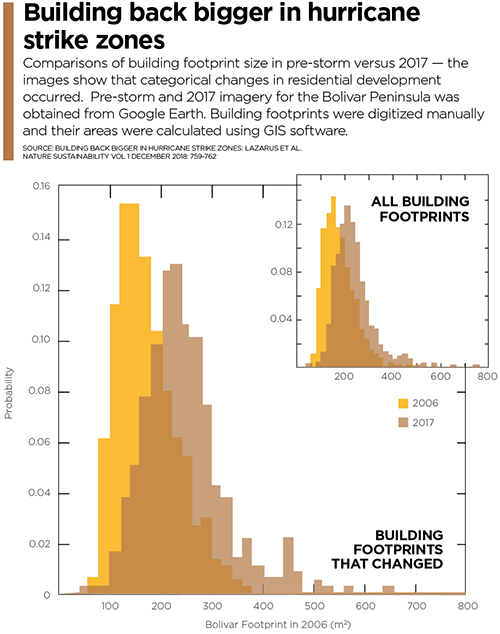 Insurance and reinsurance companies have an important role to play in informing and dissuading organizations and high net worth individuals from being drawn toward highly exposed locations; they can help by pricing the risk correctly and maintaining underwriting discipline. The difficulty comes when politics and insurance collide.

The growth of Fair Access to Insurance Requirements (FAIR) plans and beach plans, offering more affordable insurance in parts of the U.S. that are highly exposed to wind and quake perils, is one example of how this function is undermined. At its peak, the size of the residual market in hurricane-exposed states was US$885 billion, according to the Insurance Information Institute (III). It has steadily been reduced, partly as a result of the influx of non-traditional capacity from the ILS market and competitive pricing in the general reinsurance market.

However, in many cases the markets-of-last-resort remain some of the largest property insurers in coastal states. Between 2005 and 2009 (following Hurricanes Charley, Frances, Ivan and Jeanne in 2004), the plans in Mississippi, Texas and Florida showed rapid percentage growth in terms of exposure and number of policyholders. A factor fueling this growth, according to the III, was the rise in coastal properties.

As long as state-backed insurers are willing to subsidize the cost of cover for those choosing to locate in the riskiest locations, private (re)insurance will fail as an effective check on risk tropism, thinks Muir-Wood. “In California there are quite a few properties that have not been able to get standard fire insurance,” he observes. “But there are state or government-backed schemes available, and they are being used by people whose wildfire risk is considered to be too high.”