There were predictions that Winter Storm Juno—which many in the media and on social media dubbed “Snowmageddon 2015”—would be one of the worst blizzards to ever hit the East Coast. By last evening, grocery stores from New Jersey to Maine were stripped bare and residents were hunkered down in their homes. 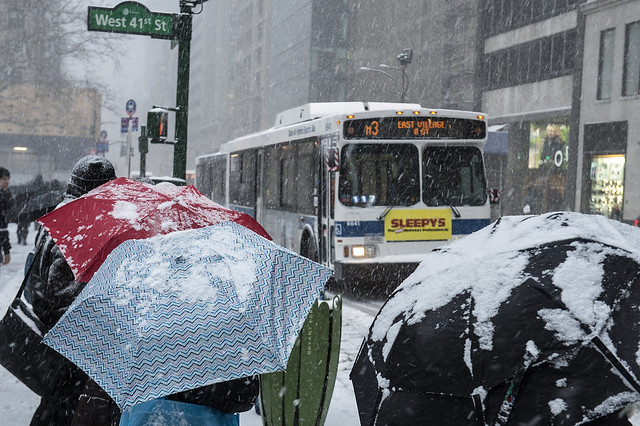 It turns out the blizzard—while a wallop—wasn’t nearly as bad as expected. The storm ended up tracking 50 to 75 miles further east, thus sparing many areas anticipating a bludgeoning and potentially reducing damages.

Here are highlights of what we’re seeing do far:

The snowstorm didn’t cripple Manhattan, but brought blizzard conditions to Long Island and more than two feet of snow in certain areas of New York, Connecticut, and Massachusetts.

The biggest wind gust thus far in the New York City forecast area has been 60 mph, which occurred just after 4:00 am ET this morning.

From The New York Times: “For some it was a pleasant break from routine, but for others it was a burden. Children stayed home from school, even in areas with hardly enough snow on the ground to build a snowman. Parents, too, were forced to take a day off.”

Slightly north, The Hartford Courant received reports from readers of as much as 27 inches of snow in several locations and as little as five inches in others. They asked readers to offer tallies of snow and posted the results in an interactive map.

Massachusetts was hit hardest, with heavy snow and a hurricane force wind gust reported in Nantucket.

The biggest wind gust overall has been 78 mph in Nantucket, MA, which is strong enough to be hurricane force.

From The Boston Globe: “By mid-morning, with the snow still coming down hard, the National Weather Service had fielded unofficial reports of 30 inches in Framingham, 28 inches in Littleton, and 27 inches in Tyngsborough. A number of other communities recorded snow depths greater than 2 feet, including Worcester, where the 25 inches recorded appeared likely to place it among the top 5 ever recorded there.”

There’s more snow to come, but the economic impact is likely to be less than anticipated.

Notable snowfall totals have been recorded across the East Coast. Many of these areas, particularly in coastal New England (including Boston), will see another 6-12 inches throughout the day today.

It’s too early to provide loss estimates, and damages are still likely as snow melts and flooding begins, particularly in hard hit areas of New England like Providence and Boston. However, with New York City spared, the impact is likely far less significant than initially anticipated.