Major earthquake disasters are fortunately rare, but when they happen, it is an opportunity to learn and continue to push the boundaries of earthquake science and engineering. Ten years ago, on March 11, 2011, at 2:46 p.m. local time, an M9.0 earthquake occurred offshore of the east coast of the Tohoku region on the island of Honshu, Japan. It was the most powerful earthquake ever recorded in the country.

The epicenter was 80 miles (130 kilometers) east of Sendai and 231 miles (373 kilometers) northeast of Tokyo. Ground shaking lasted for over five minutes in many areas, including Tokyo. The seafloor deformation associated with the subsea fault movement generated a devastating tsunami, impacting the eastern coast of the Tohoku region. This earthquake was so big that Earth’s day was shortened by 1.8 microseconds and shifted its figure axis by 7 inches (17 centimeters).

The M9.0 earthquake was located on the subduction interface plate boundary where the Pacific Plate is driven underneath Japan along the Japan Trench (see Figure 1). An event of this size was not anticipated. The 450-year historical earthquake record for the Japan Trench did not contain any earthquakes comparable to the size of the 2011 event in this region. The “maximum credible earthquake” along this section of the Japan Trench was previously considered to be M8.3.

Roughly 249 miles (400 kilometers) of the plate boundary ruptured due to a cascade of events on several adjacent fault ruptures, which had historically generated independent, smaller-sized earthquakes. The maximum fault displacement in the earthquake has been estimated to be as high 98 to 131 feet (30 to 40 meters), which explains the strong ground motions that radiated from the source as well as the extensive inundation zone generated by the tsunami.

The vertical displacement of the sea floor associated with the underlying unusually large fault movement triggered tsunami waves that propagated westward toward the Japan coastline and eastward across the Pacific Ocean.

The first tsunami wave reached the Japan coastline within 10 to 40 minutes after the earthquake. Coastal areas within Iwate, Miyagi, and Fukushima Prefectures experienced waves of over 16 feet (5 meters); in some areas waves were above 33 feet (10 meters), e.g., Miyako District in Iwate Prefecture; and in localized areas waves were more than 49 feet (15 meters), e.g., Ofunato District in Iwate Prefecture.

The locations with the highest inundation depths were typically associated with deep, funnel-shaped embayments that focused the tsunami waves. Figure 2 shows the ground shaking on the Modified Mercalli Intensity (MMI) scale and the coastal region impacted by tsunami inundation.

The impacts of the 2011 Great East Japan Earthquake and Tsunami were driven by three mechanisms: strong ground shaking from the M9.0 earthquake, extensive tsunami inundation, and a significant nuclear accident at the Fukushima Daiichi power plant, triggered by the tsunami waves. Communities across the Tohoku region suffered extensive damage from the earthquake ground motions and tsunami inundations.

Ultimately, this event caused the highest economic losses from a natural disaster ever observed: The World Bank estimated the economic impact at up to US$235 billion. For the local and international insurance and reinsurance communities, the earthquake and tsunami reflected the very significant insurance loss at an estimated cost of US$35 billion, making it the largest earthquake insurance loss in history.

This event provided the opportunity to fundamentally improve the scientific and engineering communities’ understanding of megathrust earthquakes and their impacts. The extensive ground motion observations across the dense network of seismic stations allowed for a comprehensive analysis of ground motion attenuation and frequency content, site amplifications, and basin characteristics.

The comprehensive damage statistics linked with ground motion observations and with tsunami inundation depths also provided invaluable data points for the calibration of building vulnerability functions. Because major earthquake disasters are so infrequent, utilizing the data to improve our representation of seismic risk is critically important. The RMS® Japan Earthquake and Tsunami HD Model is founded on the research and observation data stemming from the 2011 earthquake and tsunami. Our view of seismic risk for Japan has been fundamentally improved by these learnings.

Looking back 10 years, we must not lose sight that this event was a humanitarian disaster with almost 20,000 lives lost. People around the world depend on us, so we must keep challenging ourselves to improve our understanding of seismic hazard and risk. This will allow us to better plan and implement disaster mitigation to minimize lives lost.

Future events will help us continue to improve our understanding of megathrust earthquakes. In turn, we can mitigate risk more accurately in Japan and other vulnerable places in the world – and play our part in building a more earthquake-resilient society. 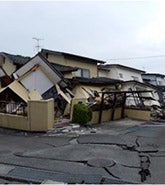 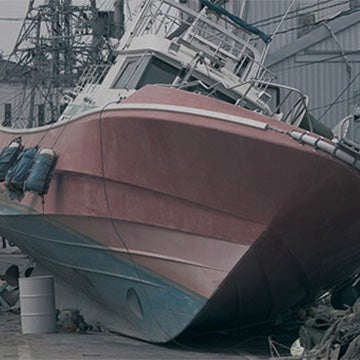