Flood Risk, NFIP and the Role of Reinsurance

Shortly after its landfall, my colleague, Ben Brookes, and I drew attention in the RMS live Harvey updates to the fact that the storm was “not a wind event.” Like Sandy, flood losses, we wrote, would quickly overtake wind losses.

We recalled how Dr. Robert Muir-Wood had insisted back in February 2014 that “water is the new wind.” Those with exposure in harm’s way, he argued, needed to “get to grips with the details of modeling and managing hurricane-driven flood risk.”

It was unsurprising, then, to hear Robert on BBC World News last week describing Hurricane Harvey’s destruction as absolutely avoidable. Yes, Harvey is an extreme event. There were, however, historical precedents for stalling rain storms — and there are clear business cases for investing in resilience before extreme events, rather than just responding after.

Without such an investment, it was clear the bill for Harvey would ultimately find its way to the taxpayer. With most flood risk not insured, much of the costs will be shouldered by homeowners directly, many of whom are simply unaware of both their flood risk and their lack of flood coverage. Even those with insurance are likely covered by the National Flood Insurance Program (NFIP), a program which effectively owes the taxpayer almost US$25 billion already.

Financial Resilience in the Face of Large Flood Events 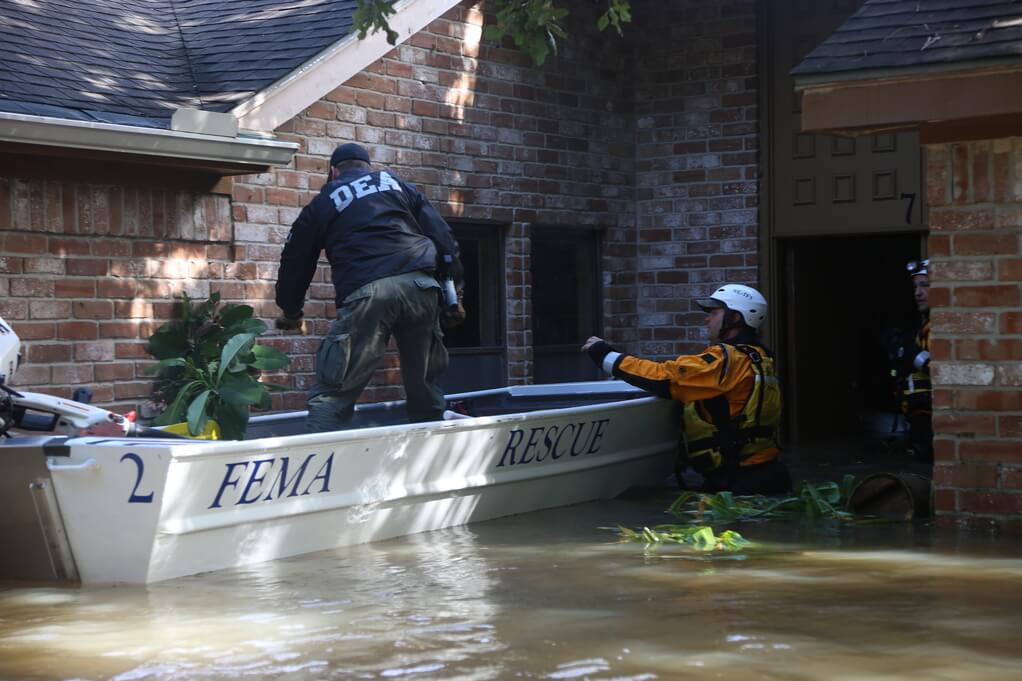 Much has been written in recent days about how Harvey will throw NFIP even further into debt. Under both Trump and Obama administrations, successive FEMA directors have righty pointed out that the program isn’t sustainable in its current form. The premiums homeowners pay simply do not cover the cost of the claims paid out. And with RMS models estimating that NFIP claims from Harvey’s floods could reach the US$10 billion mark, the issue of the “flood protection gap” will doubtless find itself back on top of the political agenda.

By contrast, the mainstream media has written far less about the fact that FEMA transferred a little over US$1 billion of flood risk to the private reinsurance markets earlier this year.

An unprecedented move, this program provides the U.S. taxpayer with US$1.042 billion of financial protection. That protection only kicks in once NFIP has paid US$4 billion in claims. The program then sees FEMA sharing the cost of claims with the private market up until NFIP has paid out US$8 billion. North of US$8 billion, NFIP must lean entirely on the U.S. Treasury again.

NFIP’s “Cornerstone” Already Proving Its Worth

Based on RMS estimates that gross insurance losses accrued in the NFIP will be at least US$7 billion, it seems clear that FEMA will receive a payout from the private reinsurance market. Further, given that RMS estimates a possible loss to NFIP of US$10 billion, not only is it likely that the market will pay FEMA the full US$1.042 billion it assumed when it underwrote NFIP. It is also probable that NFIP will blow through its program.

Capitalized at US$600 billion, the private reinsurance market is well positioned to absorb such a loss. The billion it will likely payout is syndicated across 25 companies. Sure, it will hit their Q3 earnings. It will not, however, make a material dent in their capital, let alone impact their solvency.

That NFIP will likely suffer losses above the cap of its protection will not surprise the actuaries inside FEMA. Indeed, it should not be a surprise to anyone who has been following the NFIP reauthorization closely.

FEMA has been very clear throughout that the US$1 billion reinsurance placement was just the “cornerstone” of a more robust, multiyear risk transfer program it intended to establish. Roy Wright, FEMA’s Deputy Associate Administrator for Insurance and Mitigation, has openly recognized that there is lots of uncovered risk in the NFIP.

A big part of his plan is to strengthen the NFIP’s financial standing by sharing risk with private industry at a price that is fair to the Federal Government. In doing so, FEMA will simultaneously reduce the volatility of NFIP’s annual expenditure and lessen the need to incur additional Treasury debt.

FEMA has doubtless been working hard to develop a preliminary NFIP loss estimate. It wouldn’t surprise me, though, if it chooses to communicate that estimate in the first instance to its panel of reinsurers, rather than to Congress.

The size of the NFIP’s Harvey loss is, however, not the real point. What matters are the steps Congress will permit the NFIP to take in managing the nation’s flood risk going forward.

While of course devastating for the residents of Houston and beyond, the heightened political awareness around NFIP may turn out to be this storm’s silver lining. Hurricane Harvey provides a rare chance for lawmakers to shore up a program whose deficiencies are all too easily ignored without a storm in the headlines.

Indeed, the magnitude of NFIP claims serves to highlight the need for and the value of Wright’s reinsurance program. Premiums of US$150 million were paid in January on the taxpayer’s behalf “for peace of mind, even though FEMA hoped not to experience a loss.” A payout in the region of US$1 billion nine months later looks like a very sound financial investment indeed.

What Good Can Come of an Event That Caused so Much Distress?

Of course, risk transfer is not a panacea. It must ideally be coupled with effective mechanisms to reduce the underlying risk. After all, the first step in closing the “protection gap” ought always to be closing the “prevention gap”. What can be done to reduce the risk that locations outside the 100-year flood zone are flooded in the first place? This must be the first lesson we take from Harvey.

Nonetheless, paraphrasing Dr. Robert Glasser, head of the UN Office for Disaster Risk Reduction: risk transfer is a fundamental arrow in our quiver to reduce disaster risk. It is right, therefore, that Hurricane Harvey amplifies the debate around how the federal government engages with the private markets, both the traditional insurance market and the so-called “alternative” ILS market.

The capital markets in particular have made it clear that they have a strong appetite to assume much more NFIP risk. Their parametric coverage comes with the co-benefits of speed and certainty of payout. It would be shortsighted of Congress not to permit FEMA to explore that appetite further.

Harvey’s political legacy for NFIP ought therefore not to be that it pushes the program over US$25 billion in debt. Rather its legacy must be that it highlighted the importance of a good financial framework at NFIP — and the role of Wright’s reinsurance program therein.

FEMA has a lot to gain from deepening its engagement with industry partners. This would encourage NFIP to both price policies accurately in the first place and incentivize homeowners’ mitigation measures. It will also influence NFIP to better analyze its portfolio risk, leading over time to a more sophisticated program of outwards risk transfer.

Ultimately this deeper engagement will improve FEMA’s ability not only to pay claims when they arise, but also to manage down its debt over the long term.

The desire certainly exists inside FEMA to modernize how rates are set and how risk is transferred. Hopefully it is a desire which Congress shares too. With NFIP up for reauthorization imminently, we have less than a month until we find out.