The Role of Catastrophe Risk Finance in Developing Nations

We all know that prevention is better than cure. Trouble is, sometimes you catch a cold. And if you’re already vulnerable, a relatively small infection presents a big risk – especially if you don’t have timely access to sufficient amounts of the necessary medicines.

Despite the best will in the world, nobody can stop the ground from shaking or the wind from blowing. Nobody can say that the worst-case scenario will never happen.

So, when Mother Nature strikes a vulnerable, low-income country, how bad will the ensuing humanitarian crisis likely be? What will it take financially to recover and rebuild? And is there a role for insurance along with donor aid?

Tackling the Challenges of Our Generation

The U.K. government Department for International Development (DfID) posed these questions to us, commissioning RMS to conduct the first-ever comprehensive assessment of disaster losses and the corresponding financial assistance. The overarching objective was to quantify the likely potential for insurance schemes to reduce the financial burden of disaster losses on the world’s poorest.

DfID had long sensed that insurance might have an important role to play in tackling the global challenges of our time: to end extreme poverty and build a safer, healthier, and more prosperous world. To this end, the U.K. Prime Minister Theresa May announced at the G20 Summit in Hamburg earlier this month the creation of a new London Center for Global Disaster Protection. Using world-leading expertise, the center will help developing countries both strengthen disaster planning and deploy rapid, reliable finance in emergencies.

At the International Insurance Society’s Global Insurance Forum held in London last week, international development minister, The Rt Hon Lord Bates, said £30 million (US$39 million) had been pledged by the U.K. government for the center. Germany will contribute a further €20 million ($23 million) to a linked trust fund. With administrative support from the World Bank, the center will open in early 2018. The goal – to tailor country-specific disaster risk financing mechanisms to assist the world’s most vulnerable communities. 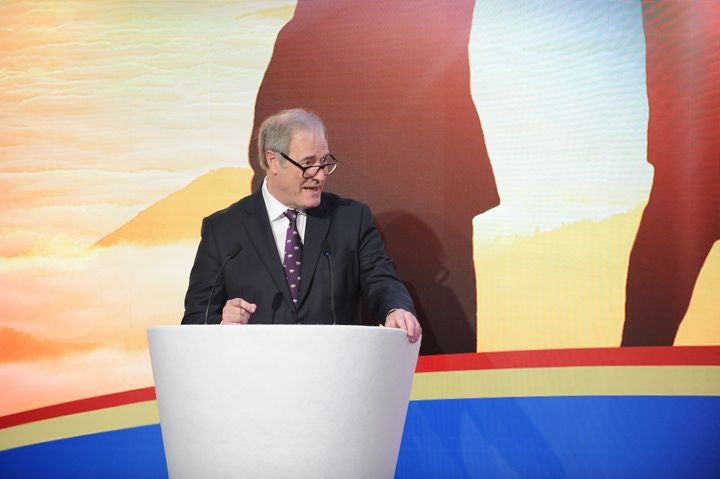 “Global humanitarian assistance is at record levels but it still cannot meet growing demand,” said Lord Bates in his forum address. “International assistance absorbs only a portion of this – eight percent. The rest is borne by people, businesses, and governments.”

“The insurance industry is a global risk pool – with trillions in capital that can absorb the costs of big, rare shocks like natural disasters… Our job as development partners is to support countries to design and use the instruments that are right for them in managing their own risks.”

One of the roles of the center will be to provide neutral advice – supporting countries in making decisions about which financial instruments are right for them. The RMS research was an important input into this shift in DfID policy. RMS looked at 77 countries classified as “low income” or “low-middle income” economies, many of which are prone to earthquakes, hurricanes, typhoons, droughts, and floods. The economic average annual loss (AAL) from natural disasters across those 77 countries is $29 billion.

However, our analysis revealed a ten percent chance that these countries will experience economic losses of $47 billion due to natural disasters next year, affecting 180 million people. To put this into perspective, consider the 2010 earthquake in Haiti. This small, densely populated country saw over 220,000 people killed due to the earthquake. 250,000 houses, half of its schools, 50 healthcare facilities and 30,000 commercial buildings were destroyed. This “one-in-ten-year” loss wiped out 120 percent of Haiti’s GDP.

Of the $47 billion in economic losses, RMS research shows that $6 billion (12 percent) are met by humanitarian aid. Only $2 billion (5 percent) are covered by insurance. This means that a difference of $39 billion must be shouldered by the people directly affected, or their governments, which are among the world’s poorest. What can be done to meet this $39 billion shortfall?

Annual aid expenditure for low and low-middle income countries in response to natural disasters for the period 2000 to 2015 averaged $2.2 billion. Much of this aid came from global appeals and was focused on 2004 Indian Ocean tsunami ($15 billion raised) and the 2010 Haiti earthquake ($8 billion).

Disaster relief aid by its very nature is reactive, pledged during and after the event, and the amount generated is unpredictable. Pledges made can also be slow to materialize, with examples of payments taking months or even years.

As Professor Stefan Dercon puts it, “Humanitarian aid saves lives and restores hope, but it is often not enough and arrives too late. Time costs lives. If we want faster, cheaper responses, we need new approaches.”

The role of insurers currently focuses mainly on the reconstruction of private assets. Most of the cover is provided via traditional indemnity products. Some sovereign states have put parametric schemes in place, which, if well-designed, can provide much needed help with post-event reconstruction. The report examined the potential for expanding the use of insurance not just to rebuild public and private assets, but also to deliver emergency response and social protection.

There are of course barriers to stimulating the growth of risk transfer in the world’s poorest countries. Typically, there is no mature domestic insurance market to leverage. Nor are there sufficient government resources to fund sovereign-backed insurance schemes. Without a concerted effort, the role of risk transfer in disaster recovery would largely remain at current levels.

Positive steps are required for risk transfer to expand. The governments of developing countries need to embrace the very idea of insurance as an effective way of protecting assets and livelihoods at risk. They need to actively support the growth of domestic insurance markets, encouraging regulation that enables both the financial stability of insurers, and increases consumer confidence that claims will be paid.

With the right enabling conditions, RMS estimates that insurance schemes could reduce the one-in-ten loss by $11 billion (24 percent). These schemes will take a variety of forms, including parametric risk transfer, insurance-backed social protection and conventional indemnity-based products.

Increasing insurance participation will ultimately reduce the dependence on humanitarian aid, reassure private investors and help people rebuild their lives. If linked to ex-ante disaster risk reduction measures and predicated on realistic and actionable recovery plans, it could drive the kind of resilience-building investments which stimulate greater financial independence.

DfID hopes that the London center will provide £2 billion in risk financing. This “unique opportunity” is just the beginning, but it’s an important step. If done well, it could ensure that the high costs of disasters aren’t borne by the world’s poorest, liberate people, businesses and governments from cycles of poverty, and boost economic development where it’s needed most.