Insurance-Linked Securities in Asia – Looking Out for the Tipping Point 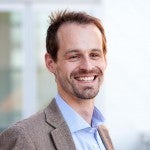 We were at a conference in Singapore, pushing to develop a market that doesn’t yet really exist. Grounds, you might think, for frustration.

And yet my RMS capital markets colleague, Jin Shah, and I were upbeat and, in truth, a little excited.

So often we end up at ILS conferences talking to the same audiences about the same topics. But this was different. The inaugural ILS Asia Conference organized by Artemis.bm, the de facto bulletin-board for the ILS industry, had 170 industry experts and practitioners from the region gathered in the Raffles Hotel ballroom.

The aim of the event was to demonstrate the ILS industry’s commitment to building a global footprint and developing expertise in the asset class among Asia’s investors and reinsurers. This conference was exciting because we can see the Asia insurance industry will approach a tipping point in the next decade or so, resulting in increased appetite in Asian ILS instruments from both sides. Let me explain how.

An Insurance Market Which Has Not Yet Matured

Currently in many Asian countries, the insurance market is still developing and the concept of insurance as a social and economic “good” is still not culturally normalized. In addition, mandatory insurance outside of auto/motor is, in some places, almost non-existent, with individuals looking instinctively to family and other social networks to provide financial safety-net.

Because of these factors, combined with generally lower levels of disposable income, property insurance penetration, in particular, is comparatively low in Asia. Thus, the region only contributes a small amount to reinsurer’s portfolios and capital loads. So they don’t yet need to transfer some of that risk to the capital markets as is the case in core, concentrated regions such as the U.S., Japan, and Europe. The economics of ILS in Asia are challenging to say the least, and in some cases, make fully collateralized products “non-starters” from a competitive point of view.

But that’s the current environment. The future growth of the middle classes, particularly in China and India, will fuel increasing demand for all forms of insurance as more people chose to protect their assets against damage and loss. Given the sheer size of the population and their rate of growth, it is not inconceivable that within ten years these markets could represent a similar level of risk concentration to (re)insurers as the U.S., Europe, or Japan.

And that’s the tipping point.

In certain Asian countries, the ILS sector is already developed. For a number of years, Australian insurers have been tapping the capital markets as a strategic element of their outwards protection. Japanese risk has been a core part of the risk available in both the cat bond and collateralized re markets. Outside of these more mature markets, last year China Re issued their Panda Re cat bond which, whilst only being a $50 million dip-of-a-toe in the water, showed that ILS funds were keen to accept China risk and pave the way for larger issuances in the future.

And with social, demographic and economic changes in the years ahead Asia will provide a natural hunting ground for ILS funds, keen to leverage their broad and diversified capital base to support the local insurance market’s continued growth.

Sensing this future tipping point too, the Artemis conference was attended by more than 25 industry stalwarts who’d travelled from London, Bermuda, New York, San Francisco, Japan, and Australia to bring the conversation to new audiences. ILS investors are clearly looking to this region to diversify their own portfolios, both as a risk management measure and with an eye to the rapid growth occurring in the region – and the opportunities it presents.

Your Essential ILS Overview at Exceedance

The Insurance Linked Securities (ILS) market is always fast-moving, changing, and evolving. Even in the last twelve months we have seen events such as the emergence of new market players and the increasing convergence between the capital and reinsurance markets, with all this supported by a wave of new innovations. If you are involved in the ILS sector, want to get involved, or are just interested to find out more about the ILS market, join us at Exceedance. The RMS Capital Markets team has developed five sessions focused on ILS, from general overviews to expert-led panel discussions with respected leaders from the ILS sector. A good starting point at Exceedance is our session on “Innovation in Risk Transfer,” as we look back at the last twelve months in the ILS sector. An interesting counterbalance has developed with investors looking for new ways to deploy capital, combined with the sector developing new solutions, to address gaps in coverage, infrastructure resiliency, and efficiency of protection. If you want to hear directly from the market, we have put together an Exceedance panel of industry leaders from specialist ILS funds, rated reinsurers, and hybrid capital providers. Our panel discussion entitled “The Changing Face of Third-Party Capital” will examine pricing, competition, the role of analytics, and how new opportunities continue to drive innovation in an increasingly capital-agnostic sector. There are also three sessions from our team designed to give you more of a detailed overview into specific ILS-related topics: Bridging the Coverage Gap: ILS capital continues to flow into the industry, and our session will reveal how market participants are driving innovation by designing new types of structures using cutting-edge analytics. These innovations are addressing protection gaps in developed and emerging markets, with market innovation complimenting traditional coverage rather than competing with it. Time Is Money: This session will focus on how new insurance products are being developed around novel triggers designed to permit rapid payment after a catastrophe, enabling hedging of time-sensitive risks. Modeling the Risk and Return of Reinsurance: To address a market shift from cat bonds to more non-liquid reinsurance investments, our session will show how standardized model analytics can provide much-needed consistency in the view of risk, asset valuation, and expected returns. Join us at Exceedance.…

At RMS, Stephen leads strategic and business development activities for the capital markets; working alongside bond deal teams and relationship managers to identify and develop new market opportunities and support ongoing initiatives. Prior to his current role, Stephen specialised in the assessment, development and implementation of catastrophe modelling workflows, spending two years managing RMS’s outsourced analytics function in New Delhi. Stephen holds a Master’s in engineering science from the University of Oxford.