How Should Man-made Earthquakes be Included in Earthquake Hazard Models?

Oklahoma, Colorado, and Texas have all experienced unusually large earthquakes in the past few years and more earthquakes over magnitude 3 than ever before.

Over a similar time frame, domestic oil and gas production near these locations also increased. Could these earthquakes have been induced by human activity? 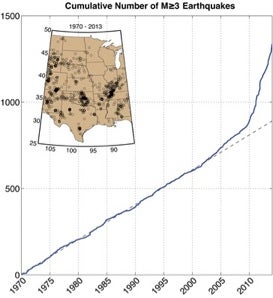 Figure 1: The cumulative number of earthquakes (solid line) is much greater than expected for a constant rate (dashed line). Source: USGS

According to detailed case studies of several earthquakes, fluids injected deep into the ground are likely a contributing factor – but there is no definitive causal link between oil and gas production and increased earthquake rates.

These larger, possibly induced, earthquakes are associated with the disposal of wastewater from oil and gas extraction. Wastewater can include brine extracted during traditional oil production or hydraulic fracturing (“fracking”) flowback fluids – and injecting this wastewater into a deep underground rock layer provides a convenient disposal option.

In some cases, these fluids could travel into deeper rock layers, reduce frictional forces just enough for pre-existing faults to slip, and thereby induce larger earthquakes that may not otherwise have occurred. The 2011 Mw 5.6 Prague, Oklahoma earthquake and other recent large midcontinent earthquakes were located near high volume wastewater injection wells and provide support for this model.

However, this is not a simple case of cause and effect. Approximately 30,000 wastewater disposal wells are presently operated in the United States, but most of these do not have nearby earthquakes large enough to be of concern. Other wells used for fracking are associated with micro-earthquakes, but these events are also typically too small to be felt.

To model hazard and risk in areas with increased earthquake rates, we have to make several decisions based on limited information:

Induced seismicity is a hot topic of research and figuring out ways to model earthquake hazard and possibly reduce the likeliness of large induced earthquakes has major implications for public safety.

From an insurance perspective, it is important to note that if there is suspicion that the earthquake was induced, it will be argued to fall under the liability insurance of the deep well operator and not the “act of God” earthquake coverage of a property insurer. Earthquake models should distinguish between events that are “natural” and those that are “induced” since these two events may be paid out of different insurance policies.

The current USGS National Seismic Hazard Maps exclude increased earthquake rates in 14 midcontinent zones, but the USGS is developing a separate seismic hazard model to represent these earthquakes. In November 2014, the USGS and the Oklahoma Geological Survey held a workshop to gather input on model methodology. No final decisions have been announced at this time, but one possible approach may be to model these regions as background seismicity and use a logic tree to incorporate all possibilities for maximum earthquake magnitude, changing rates, and spatial footprint. 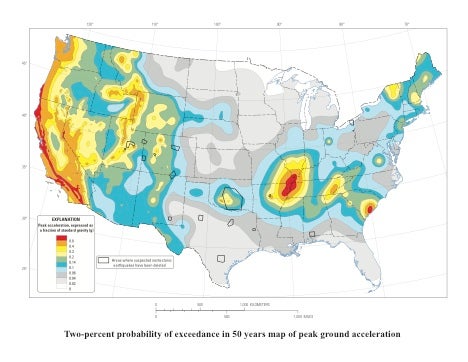 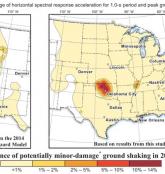 Earthquakes in Oklahoma: An Update on Induced Seismicity Hazard and Risk for 2018

Deborah works on earthquake source modeling with a focus on North America and South America and led the development of the U.S. Induced Seismicity model. She joined RMS in 2014 after postdoctoral research on mining-induced earthquakes. Deborah holds a bachelor’s degree in Physics and a PhD in Geophysics, both from University of California, San Diego.