4 Things You Didn’t Know about Why it’s So Darn Cold!

The U.S. is currently experiencing a bout of cold weather in several regions, raising the question: are we in for another polar vortex winter like the bone-chiller we had last year? And if so, why? Here are four things you might not know about the current extreme cold weather streak in the U.S.

The current cold weather isn’t quite another polar vortex in the U.S. – yet.

The polar vortex is a region of Arctic air that rotates around the North Pole in the Northern Hemisphere, trapping and containing the frigid air in its circulation. Every now and then, parts of the rotating pocket of cold air break off into smaller pockets that mobilize southward into regions like North America, bringing with them below-normal temperatures and stormy conditions.

As of now, the U.S. is not experiencing full-blown polar vortex effects; only part of the big Arctic air pocket has been displaced into the U.S., so it is more accurate to say that the country is experiencing an outbreak of Arctic air. Last year, most of the U.S. experienced exceptionally cold and snowy conditions, particularly east of the Rockies, as a result of the polar vortex. Early seasonal outlooks for this winter have indicated that this type of severe weather pattern is unlikely to repeat, though one cannot rule out more Arctic outbreaks like this one.

You can blame Super Typhoon Nuri in Japan.

Many of the world’s largep-scale climate systems and atmospheric patterns are interconnected. You may not know it, but Super Typhoon Nuri, which impacted Japan earlier this month as one of 2014’s strongest tropical cyclones, has played a key role influencing this recent cold air outbreak. Cold air from the polar vortex is separated from warm air by what’s called the polar jet stream; depending on atmospheric conditions, this jet stream can look flat or wavy. Big storms, like Nuri, can alter the jet stream’s shape, pushing parts further north (creating a “ridge”) or south (creating a “trough”) than normal.

In Nuri’s case, remnants of the storm pushed part of the polar jet stream north over Alaska, creating a strong ridge. This in turn caused a deep trough to develop over much of the central U.S., making way for Arctic air associated with the polar vortex to flow into the lower 48. It is common for storms to affect the jet stream’s shape, but because Nuri was so intense, it influenced the jet stream enough to trigger a prolonged period of unseasonably chilly weather from North Dakota to New York.

Climate change could have something to do with it.

Our climate is changing, but there are differing views on how climate change affects the polar vortex. Some posit that a warming climate may lead to more frequent cold air outbreaks due to increased sea ice melting. This would allow more energy to move into the atmosphere and weaken the jet streams, thereby increasing the likelihood of cold Arctic air escaping southward into regions like North America and Europe.

Other scientists argue that cold air outbreaks are common and part of the natural variation of the climate. They also suggest that it is extremely hard to link a massive, long-term shift in climate (for example, global warming) to individual weather events. It’s also worth noting that the U.S. takes up less than 3 percent of the Earth’s surface, so even though this region is experiencing cold air outbreaks, there are other parts of the world experiencing record heat at the same time.

Other parts of the country could be in for abnormal weather due to El Niño.

Also affecting this winter’s temperatures is the weak central El Niño being forecast; this series of climatic changes happens when the tropical Pacific Ocean, particularly the central and eastern regions, becomes warmer than average. As the ocean gets warmer with respect to its average temperature, the stronger the El Niño signal. El Niño often results in changes to precipitation and temperature patterns throughout the world, including North America, and especially in the winter. 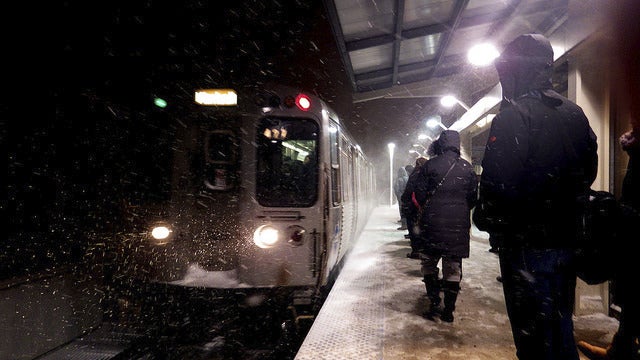