Understanding the Potential Impact of the Next Catastrophic European Flood

Over the past year, Europe has intermittently but consistently suffered from significant flooding.

Most recently, the Balkans experienced widespread devastation in May due to some of the region’s heaviest precipitation on record. Three months worth of rain fell in just three days. The subsequent flooding was so severe that entire towns were submerged. While it is too soon to estimate the full impact, the economic and humanitarian costs will be high.

This event follows one of the stormiest and wettest winters on record for the U.K. Remote locations bore the worst of it, and for now, the U.K. government and insurance industry appear to have largely escaped a sizeable bill, at least on the scale of previous flood events.

The events come just one year after the costliest natural catastrophe of 2013 for the insurance industry, when flooding inundated Central and Eastern Europe in late May and early June. The event caused around $20 billion (€12 billion) in economic losses, of which it is estimated that approximately 20 percent was insured.

As with the more recent Balkans and U.K. events, the May 2013 flooding followed a period of extreme rainfall; consequently, groundwater and soil moisture levels were saturated. As more rain fell in late May and early June, the precipitation had nowhere to go except to flow through catchments into the river network as runoff. The Danube, Elbe, and other rivers overflowed, resulting in significant flooding across Germany and the Czech Republic, and, to lesser extents, Austria, Switzerland, Poland, Slovakia, Hungary, Croatia, and Serbia.

Each of these events highlighted the importance of understanding the impact of precipitation, whether from a short, intense period of rainfall, prolonged wet conditions, or a combination of these characteristics. In each case, to evaluate flood risk, it is vital to understand how antecedent wetness conditions influences subsequent flooding.

In 2002, Central Europe was similarly inundated by severe flooding, producing economic losses of over $28 billion (€17 billion). Both events were triggered by similar meteorological phenomena, Genoa type-lows. However, the antecedent conditions in 2002 were comparatively dry compared to those in 2013, and the precipitation that triggered the eventual flooding was more severe in 2002 compared to 2013.

Both events had significant impacts, but what would happen if we combined the worst features of both to create a “perfect storm” type of flood event?

Combining the antecedent wetness of spring 2013 with the extreme precipitation of the August 2002 event, RMS researchers estimated how severe this “perfect flood” could be. Results of this study show a substantial increase in peak flow (more than 50 percent on average) for both the Elbe and Danube rivers.

In certain locations, this scenario would be characterized by a flood extent (shown above for the area surrounding Riesa, Germany) of about 2.5 times that observed in 2002. But given the remarkable non-linearity between hazard and damage, RMS research estimates that the increased losses could aggregate to a total economic loss of approximately four times the 2002 losses. While this is a theoretical scenario, it is also an entirely realistic one.

The events that have occurred since May 2013 are a stark reminder that flood is a peril from which much can be lost.

After the 2002 flooding, flood defenses were improved in some locations, such as Prague, resulting in less severe flooding. However, because both the flood hazard itself and the physical environment change over time, Europe’s flood risk must be continually and holistically assessed to ensure that we are prepared for when, not if, a similar event occurs again. 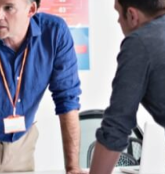 Just How Unlucky Was Britain to Suffer Desmond, Eva, and Frank in a Single December?

Usually, it’s natural disasters occurring elsewhere in the world that make headlines in Britain, not the other way around. But you’d have to have been hiding under a rock to have missed the devastation wrought by flooding in the U.K. last month, thanks to the triple-whammy of storms Desmond, Eva, and Frank. Initial analysis from the Association of British Insurers suggests that the damage done could run to the region of £1.3bn. But just how unlucky was the U.K.to suffer not just one, or two, but three big storms in one December, and for these three storms to interact in such a way as to produce the chaos that followed? First it’s worth pointing out that floods in the U.K. are—as is usually the case elsewhere—subject to important seasonal variation (see chart below). The winter months bring the highest number of events, and December does in fact come out (slightly) on top, especially for flooding events of the sort seen last month, which tend to follow heavy rainfall leading to soil saturation (November 2015 received about twice the average climatological rainfall for November in the U.K.). Source: RMSThe reason this matters is that, when soil is sodden following an extended period of heavy rains, further rains can more easily run off the surface, exacerbating the risk of pluvial flooding. The water will then follow natural and artificial drains until it reaches the closest river network, in which it can accumulate, potentially triggering river or “fluvial” flooding. The runaway effect of the masses of water can also cause what is known as ground-water flooding. This cumulative phenomenon means that—as we saw in December—flooding can persist for a significant amount of time, leading to several flood events in close succession. A flood CAT model that properly captures these sorts of interactions between rainfall events and hydrological systems will allow not just for an assessment of the likelihood of a single severe event, but also a better understanding of the compounding factors that can lead to the sort of flooding seen in the U.K. last month. And based on our latest RMS pan-Europe flood model, the chances of having three rainstorms lead to major inland flooding over a single December are far from negligible. Source: RMS Europe Flood ModelThe chart above shows the probability of one, two, three, and four flood events for the month of December. What it means is that, on average, every second December in the U.K. has at least one flood event, and every third December has only one flood event. Around every eight years there are two flood events, and a cluster of three flood events happens once every quarter-century. Now, this does not mean that flooding on the scale just witnessed happens on average every 25 years—just that this is the average period for seeing three flood events in one December. Even if it did, it wouldn’t mean that the U.K. can rest on its laurels until 2041… this is just a statistical average. It is quite possible for clusters to hit several years in a row—a so-called “flood-rich period”. This gets to the real nub of the issue. The question of how often this sort of flooding takes place in the U.K. is almost by-the-by. The point is that it isn’t rare as hen’s teeth, and so the U.K. needs to be prepared. And what was most shocking about December wasn’t the flooding itself, so much as the sheer lack of resilience on display. A media storm has understandably been whipped up regarding the level of investment into flood walls and so on, but protective infrastructure is only part of the equation. What is needed is not just flood walls (which can actually be counterproductive on their own), but a wider culture of resilience. This includes things such as flood warning systems, regular evacuation drills, citizens having personal plans in place (such as being ready to move furniture to upper levels in the case of an alert) and, critically, the ability to respond and recover should the defences fail and the worst happen (which is always a possibility). The U.K. is the world’s sixth richest country—it has the resources to cope with flood events of this magnitude… whether they happen every five, ten or 25 years.…

Based in Zurich, Maurizio joined RMS in 2012 as part of the Zurich Client Support Service team before moving to the Model Product Management team. Currently, he is the product manager for European Flood hazard, managing both current and future modeling solutions. He works with RMS client service and model development teams to translate market needs into model improvement initiatives and providing insight into risk modeling to optimize client experience and industry understanding of model results.

Prior to RMS, Maurizio conducted postdoctoral research for the Chair of Hydrology and Water Resources Management at the Swiss Federal Institute of Technology Zurich (ETH Zurich). His main research interest was related to the improvement of our understanding of the hydrological processes driving mountain precipitation and flood hazards. He worked extensively with satellite and ground based remote sensing as well as with mathematical modeling of precipitation and eco-hydrological processes. Maurizio holds an MSc in Civil Engineering from the Polytechnic University of Turin and a PhD in Hydrology from the ETH Zurich.