Just as the growing sophistication of property catastrophe models has enabled industry innovation, there is growing excitement that new tools available to casualty (re)insurers could help to expand the market. By improved evaluation of casualty clash exposures, reinsurers will be better able to understand, price and manage their exposures, as well as design new products that cater to underserved areas.

However, the casualty market must switch from pursuing a purely defensive strategy. “There is an ever-growing list of exclusions in liability insurance and interest in the product is declining with the proliferation of these exclusions,” explains Dr. Robert Reville, president and CEO of Praedicat, the world’s first liability catastrophe modeling company. “There is a real growth opportunity for the industry to deal with these exclusions and recognize where they can confidently write more business. 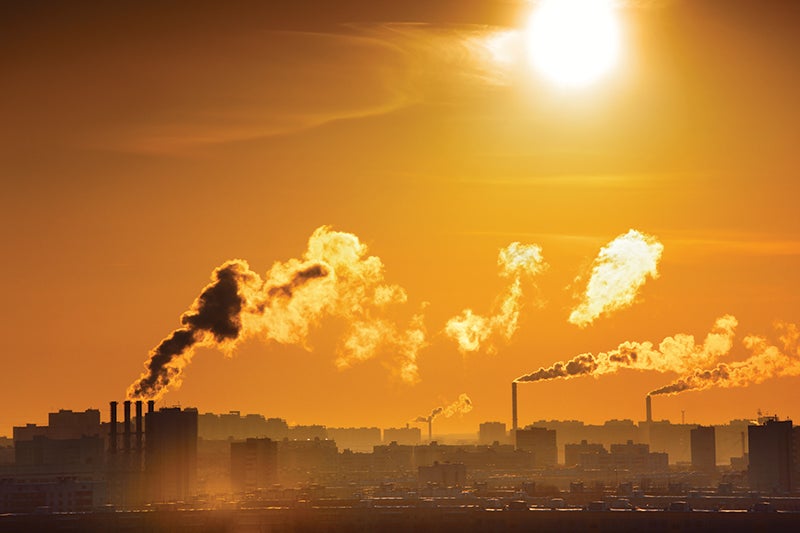 Perils — particularly emerging risks that underwriters have struggled to price, manage and understand — have typically been excluded from casualty products. This includes electromagnetic fields (EMFs), such as those emanating from broadcast antennas and cell phones. Cover for such exposures is restricted, particularly for the U.S. market, where it is often excluded entirely. Some carriers will not offer any cover at all if the client has even a remote exposure to EMF risks. Yet are they being over-apprehensive about the risk?

The fear that leads to an over application of exclusions is very tangible. “The latency of the disease development process — or the way a product might be used, with more people becoming exposed over time — causes there to be a build-up of risk that may result in catastrophe,” Reville continues. “Insurers want to be relevant to insuring innovation in product, but they have to come to terms with the latency and the potential for a liability catastrophe that might emerge from it.”

It is a misconception that casualty is not a catastrophe class of business. Reville points out that the industry’s US$100 billion-plus loss relating to asbestos claims is arguably its biggest-ever catastrophe. Within the Lloyd’s market the overwhelming nature of APH (asbestos, pollution and health) liabilities contributed to the market’s downward spiral in the late 1980s, only brought under control through the formation of the run-off entity Equitas, now owned and managed by Warren Buffett’s Berkshire Hathaway.

As the APH claims crisis demonstrated, casualty catastrophes differ from property catastrophes in that they are a “two-tailed loss.” There is the “tail loss” both have in common, which describes the high frequency, low probability characteristics — or high return period — of a major event. But in addition, casualty classes of business are “long-tail” in nature. This means that a policy written in 2017 may not experience a claim until 20 years later, providing an additional challenge from a modeling and reserving perspective.

“Casualty insurers are hungry for that sort of innovation, for the same sort of transformation in liability that happened in property”

Another big difference between casualty clash and property catastrophe from a modeling perspective is that the past is not a good indication of future claims. “By the time asbestos litigation had really taken off, it was already a banned product in the U.S., so it was not as though asbestos claims were any use in trying to figure out where the next environmental disaster or next product liability was going to be,” says Reville. “So, we needed a forward-looking approach to identify where there could be new sources of litigation.”

With the world becoming both more interconnected and more litigious, there is every expectation that future casualty catastrophe losses could be much greater and impact multiple classes of business. “The reality is there’s serial aggregation and systemic risk within casualty business, and our answer to that has generally been that it’s too difficult to quantify,” says Nancy Bewlay, chief underwriting officer, global casualty, at XL Catlin. “But the world is changing. We now have technology advances and data collection capabilities we never had before, and public information that can be used in the underwriting process.

“Take the Takata airbag recall,” she continues. “In 2016, they had to recall 100 million airbags worldwide. It affected all the major motor manufacturers, who then faced the accumulation potential not only of third-party liability claims, but also product liability and product recall. Everything starts to accumulate and combine within that one industry, and when you look at the economic footprint of that throughout the supply chain there’s a massive potential for a casualty catastrophe when you see how everything is interconnected.”

RMS chief research officer Robert Muir-Wood explains: “Another area where we can expect an expansion of modeling applications concerns casualty lines picking up losses from more conventional property catastrophes. This could occur when the cause of a catastrophe can be argued to have ‘non-natural’ origins, and particularly where there are secondary ‘cascade’ consequences of a catastrophe — such as a dam failing after a big earthquake or for claims on ‘professional lines’ coverages of builders and architects — once it is clear that standard property insurance lines will not compensate for all the building damage.”

“This could be prevalent in regions with low property catastrophe insurance penetration, such as in California, where just one in ten homeowners has earthquake cover. In the largest catastrophes, we could expect claims to be made against a wide range of casualty lines. The big innovation around property catastrophe in particular was to employ high-resolution GIS [geographic information systems] data to identify the location of all the risk. We need to apply similar location data to casualty coverages, so that we can estimate the combined consequences of a property/casualty clash catastrophe.”

One active instance, cited by Muir-Wood, of this shift from property to casualty cover-
ages concerns earthquakes in Oklahoma. “There are large amounts of wastewater left over from fracking, and the cheapest way of disposing of it is to pump it down deep boreholes. But this process has been triggering earthquakes, and these earthquakes have started getting quite big — the largest so far in September 2016 had a magnitude of M5.8.

“At present the damage to buildings caused by these earthquakes is being picked up by property insurers,” he continues. “But what you will see over time are lawsuits to try and pass the costs back to the operators of the wells themselves. Working with Praedicat, RMS has done some modeling work on how these operators can assess the risk cost of adding a new disposal well. Clearly the larger the earthquake, the less likely it is to occur. However, the costs add up: our modeling shows that an earthquake bigger than M6 right under Oklahoma City could cause more than US$10 billion of damage.”

Muir-Wood adds: “The challenge is that casualty insurance tends to cover many potential sources of liability in the contract and the operators of the wells, and we believe their insurers are not currently identifying this particular — and potentially catastrophic —source of future claims. There’s the potential for a really big loss that would eventually fall onto the liability writers of these deep wells … and they are not currently pricing for this risk, or managing their portfolios of casualty lines.”

A Modeled Class of Business

According to Reville, the explosion of data and development of data science tools have been key to the development of casualty catastrophe modeling. The opportunity to develop probabilistic modeling for casualty classes of business was born in the mid-2000s when Reville was senior economist at the RAND Corporation.

At that time, RAND was using data from the RMS® Probabilistic Terrorism Model to help inform the U.S. Congress in its decision on the renewal of the Terrorism Risk Insurance Act (TRIA). Separately, it had written a paper on the scope and scale of asbestos litigation and its potential future course.

“As we were working on these two things it occurred to us that here was this US$100 billion loss — this asbestos problem — and adjacently within property catastrophe insurance there was this developed form of analytics that was helping insurers solve a similar problem. So, we decided to work together to try and figure out if there was a way of solving the problem on the liability side as well,” adds Reville.

Eventually Praedicat was spun out of the initial project as its own brand, launching its first probabilistic liability catastrophe model in summer 2016. “The industry has evolved a lot over the past five years, in part driven by Solvency II and heightened interest from the regulators and rating agencies,” says Reville. “There is a greater level of concern around the issue, and the ability to apply technologies to understand risk in new ways has evolved a lot.”

There are obvious benefits to (re)insurers from a pricing and exposure management perspective. “The opportunity is changing the way we underwrite,” says Bewlay. “Historically, we underwrote by exclusion with a view to limiting our maximum loss potential. We couldn’t get a clear understanding of our portfolio because we weren’t able to. We didn’t have enough meaningful, statistical and credible data.”

Then there are the exciting opportunities for growth in a market where there is intense competition and downward pressure on rates. “Now you can take a view on the ‘what-if’ scenario and ask: how much loss can I handle and what’s the probability of that happening?” she continues. “So, you can take on managed risk. Through the modeling you can better understand your industry classes and what could happen within your portfolio, and can be slightly more opportunistic in areas where previously you may have been extremely cautious.”

Not only does this expand the potential range of casualty insurance and reinsurance products, it should allow the industry to better support developments in burgeoning industries. “Cyber is a classic example,” says Bewlay. “If you can start to model the effects of a cyber loss you might decide you’re OK providing cyber in personal lines for individual homeowners in addition to providing cyber in a traditional business or technology environment.

“You would start to model all three of these scenarios and what your potential market share would be to a particular event, and how that would impact your portfolio,” she continues. “If you can answer those questions utilizing your classic underwriting and actuarial techniques, a bit of predictive modeling in there — this is the blend of art and science — you can start taking opportunities that possibly you couldn’t before.”