It was the turn of Florida’s east coast to receive a landfalling hurricane, as Hurricane Nicole made its U.S. landfall as a Category 1 hurricane this morning, Thursday, November 10, just south of Vero Beach, Florida at 08:00 UTC (03:00 local time). At landfall, Nicole had estimated maximum sustained wind speeds of 75 miles per hour (120 km/h).

Surprisingly, there has not been a landfalling hurricane on Florida’s east coast for some 17 years, not since Hurricane Katrina made its first U.S. landfall in August 2005 – also as a Category 1 hurricane.

Katrina would eventually reach Category 5 intensity over the warm waters of the Gulf of Mexico and make a second U.S. landfall four days after its first as a Category 3 major hurricane, causing devastation to New Orleans.

But as a late-season November storm, Nicole cannot be compared in the same class as Katrina. Hurricane Nicole had weakened to a tropical storm just an hour after landfall, and as it moves across east-central Florida, it will continue to weaken. The center of the system may briefly emerge into the northeast Gulf of Mexico later today, Thursday, November 10, but this is not expected to lead to any intensification of the system.

Nicole is predicted to accelerate and turn northwest through north Florida later today, Thursday, November 10, and then continue to weaken as it recurves first north and then northeast across Georgia and into South Carolina on Friday, November 11.

As shown by the RMS HWind wind field snapshot of Nicole just before landfall (Figure 1), it is a large tropical storm. Tropical-storm-force winds extended up to 450 miles (720 kilometers), especially to the north of the center of the system, with winds impacting almost the entire state of Florida and parts of Georgia, South Carolina, and the northwest Bahamas.

Its broad wind field will bring dangerous storm surges along parts of the east-central and northeast coast of Florida, parts of coastal Georgia, and the Gulf coast of west Florida, and into the southeast U.S. as Nicole tracks through. Its landfall at Vero Beach was, fortunately, less than an hour after the low tide.

Nicole is also expected to bring up to four inches (100 millimeters) of rainfall across the southeast U.S., pushing into the southern and central Appalachians, west mid-Atlantic, and eastern areas of Tennessee, Kentucky, and Ohio.

Over 300,000 customers are currently without power across Florida, and over 1,200 flights were canceled on Thursday, November 10. Florida Governor Ron DeSantis had put a state of an emergency order in place for 45 Florida counties.

Properties damaged by Hurricane Ian in late September were under threat from Nicole, with damage to buildings along Daytona Beach Shores. The full extent of the damage is expected to be known in the coming days once the system has passed and official damage assessments are conducted.

Nicole is a pertinent reminder that impacts from tropical cyclones can extend far beyond the center of the storm, including outside the forecast cone.

A History of Late-Season Landfalls

Apart from breaking the 17-year Florida east coast landfall hiatus as mentioned previously, Nicole is also notable for its late appearance in the season.

The only other hurricane to make landfall along the east coast of Florida in the month of November was some 87 years ago in 1935. Making landfall as a Category 2 hurricane, the Yankee Hurricane brought 100 miles per hour (155 km/h) winds to Miami Beach, Florida on November 4, 1935.

In terms of landfalling hurricanes that happen late in the calendar year, Nicole is the second-latest hurricane to ever make landfall in the contiguous U.S. The current record holder is Hurricane Kate, which made landfall 11 days later than Nicole, as a Category 2 hurricane near Mexico Beach, Florida on November 21, 1985.

And to just reconfirm how rare landfalling U.S. hurricanes are in November, apart from the Yankee Hurricane, Hurricane Kate, and now Hurricane Nicole, the only other known hurricane to make landfall in the contiguous U.S. during November is the Expedition Hurricane of 1861. This Category 1 hurricane is thought to have passed over Cape Hatteras, North Carolina on November 2, 1861.

Does Nicole mark the end of the 2022 North Atlantic Hurricane Season? According to the National Oceanic and Atmospheric Administration (NOAA), on average December sees more named storms than January through April, but the likelihood of a landfalling hurricane in the contiguous U.S., as seen with Nicole, is very rare.

As always, the RMS Event Response team will be providing regular updates as Nicole tracks through the southeast U.S. and will provide post-event analysis on the damages caused by this event. 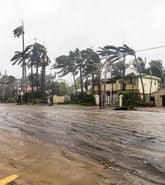 Rare but Not Unprecedented: Nicole Threatens Florida as a November Hurricane … 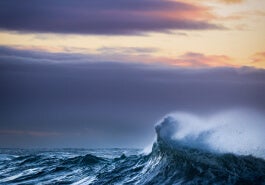 Hurricane Ian: The Challenge of Getting Insights into Your Business Faster …