Learning From the 2022 Monkeypox Outbreak

Every unusual hazardous event offers lessons for enhancing risk assessment.  Monkeypox has been on the RMS® infectious disease threat horizon since 2002, in consideration of terrorist threats similar to smallpox.

The eradication of smallpox in 1980, as coordinated by the World Health Organization (WHO) between 1967 and 1977, led to the cessation of routine smallpox vaccination in most countries during the 1970s. Over 70 percent of the world’s population is estimated to no longer be protected against smallpox or, through cross-immunity, to closely related viruses such as monkeypox. Monkeypox has thus become a re-emerging disease.

Monkeypox is endemic in animal reservoirs in sub-Saharan Africa, and its human epidemiology appears to be changing. Small animals imported as exotic pets from Ghana were at the origin of an outbreak of human monkeypox in the U.S. in 2003. Travelers infected in Nigeria were at the origin of monkeypox cases in the U.K. in 2018 and 2019, Israel in 2018, and Singapore in 2019.

The concern among virologists is that human monkeypox might fill the smallpox epidemiological niche, and climate change is contributing to this. The continued destruction of the African forest to open new roads or fields is increasing human exposure to possible natural animal reservoirs, expanding the transmission of monkeypox and other pathogens. In 2017, outbreaks of human monkeypox in Nigeria were preceded by very heavy rainfall and flooding that brought animal hosts and human populations into close proximity.

The first confirmed case of human-to-human transmission outside Africa occurred in 2018, when a hospital cleaner was infected by soiled bedsheets of a Nigerian businessman who had developed skin lesions after arrival in the U.K. The patients were rapidly diagnosed and isolated, with several hundred contacts identified and offered a smallpox vaccination.

Already, however, in the current international outbreak of monkeypox, transmission has happened outside the family, when people have come into close physical contact with each other. As of June 2, the WHO reports that 780 monkeypox cases had been reported from 27 nonendemic countries.

The virus can enter the body through broken skin, the respiratory tract, or the eyes, nose, and mouth. As with SARS-CoV-2, infected superspreaders may potentially transmit monkeypox to many more people than has been normal with previous monkeypox outbreaks.

One of the lessons from COVID-19 is that the cause of crisis preparedness is better served by searching early for downward counterfactuals, or how things might be worse. The negative impact of asymptomatic aerosol transmission on contact tracing effectiveness might have been anticipated much earlier in the COVID-19 pandemic.

Already, human-to-human monkeypox transmission is greater than in previous outbreaks. The WHO assesses the overall public health risk at a global level as moderate, considering this is the first time that monkeypox cases and clusters are reported concurrently in widely disparate geographical areas, as defined by the WHO, and without known epidemiological links to non-endemic countries in West or Central Africa.

Risk stakeholders should recognize the downward prospect of transmissibility worsening through social human factors. Unwillingness to change private social behavior and reluctance to trace social contacts of those infected would contribute to another global public health crisis.

Learn more about the RMS Infectious Diseases Model, which pioneered the probabilistic quantification of the impacts of infectious disease when it was released in 2006. 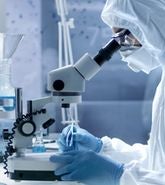 Protecting Against the Next Pandemic …