RMS 2020 Catastrophe Review: The Year of the COVID-19 Pandemic

Overshadowing the natural catastrophic events of the year, the COVID-19 pandemic – a global catastrophe that has dominated all our lives – will headline 2020 in the history books. It has been well over a year now since the first cases of COVID-19 were confirmed. Unlike a regionally focused catastrophic event, COVID-19 is global and far-reaching, having affected 219 countries and territories.

The pandemic has touched most of us in some way – personal and professional lives have undoubtedly been changed. Our thoughts are with those who have been directly affected by the virus, and we look forward to brighter days ahead, especially with the release of vaccines. We also salute rescue and aid agencies around the globe, heroes providing relief during natural disasters, especially in a particularly challenging year due to increased complexities resulting from coronavirus.

Looking back at 2020, we recognize that the COVID-19 pandemic has challenged the insurance industry and – unlike a weather- or seismic-related event – the eventual financial impacts of the pandemic are still unclear, both in terms of claims and across the wider economy. As the world looks to emerge from the pandemic, the industry will be called on to define its role in financial protection against future pandemics, embedding lessons learned from COVID-19.

Putting the pandemic to one side for a moment, 2020 was also an exceptionally busy year for natural catastrophes. With the influence of coronavirus looming over an increased frequency of natural disasters, some have wondered whether parts of the world may be suffering from “disaster fatigue.” The RMS Event Response team responded to over 120 catastrophic events and delivered custom exposure-based or loss-based products to over 40 of the most severe events.

It was the most active Atlantic hurricane season on record with 30 named storms, which surpassed the previous record of 28 storms during the extremely damaging and costly 2005 season. A record 12 named storms, including six hurricanes, made landfall in the U.S. – a new record. The Gulf Coast took the brunt of hurricane activity as Louisiana saw a record five landfalls, including three hurricanes in the span of just a few weeks.

Despite the potential for such a relentless season to cause significant disruptive losses for the (re)insurance industry, the total financial impact from the 2020 storms was relatively limited because the most intense storms avoided major population centers. RMS projects that the six landfalling U.S. hurricanes will cause onshore insured loss between approximately US$19 billion and US$30 billion, which would make it the costliest season since 2017.

Soaring temperatures and extended drought, both a signature of climate change, allowed dry lightning storms to ignite tragic wildfires in the U.S. during 2020. California suffered its most destructive wildfire season ever in terms of total area burned, with other western U.S. states setting their own records as entire communities burned to the ground, eerily reminiscent of the destruction of the town of Paradise in 2018. Add in the costliest severe convective storm year for over a decade – which featured a tornado in Nashville, a derecho in Iowa, and the Easter-weekend tornado outbreak across the Midwest – and the U.S. was again the focal point for insured catastrophes in 2020.

Before COVID-19 dominated the headlines, the unprecedented 2019–20 Australian bushfire season led the global news agenda. The season’s fires consumed 71,815 square miles (186,000 square kilometers) of brush and forest – an area the size of Washington state in the U.S. – along with 5,900 buildings and 2,779 homes, principally in the states of New South Wales and Victoria.

In Asia, the year’s La Niña event caused more typhoon impacts than usual in South Korea, the Philippines, and Vietnam, with the Philippines hit especially hard. Japan, meanwhile, caught a typhoon respite after two years of exceptional impacts, but the island of Kyushu experienced record-breaking non-typhoon rainfall and floods in July.

Significant Loss of Life in Turkey and Lebanon

A powerful magnitude 7.0 earthquake struck under the Aegean Sea on October 30, 2020, close to the Greek island of Samos, off the Turkish west coast. This quake resulted in the loss of 119 lives, the highest death toll from a seismic event in 2020. Much of the damage was observed in Turkey’s third-largest city, Izmir (population ~2.9 million). Four percent of the city’s building stock was damaged or destroyed, including several collapses of five- or six-story structures built in the 1980s and 1990s, before the latest building codes were introduced after the 1999 Marmara Earthquake.

On August 4, 2020, the largest ever (non-nuclear) peace-time explosion devastated much of the city of Beirut (population ~360,000) after a fire and subsequent explosion at a port warehouse, which was storing thousands of tons of fertilizer. The explosion killed 220 people, left 300,000 people homeless, and caused economic damage that some market sources estimated at up to US$15 billion. The fertilizer had been stored in the warehouse for six years without proper supervision, alarming insurers about port cargo liabilities. The Beirut explosion was reminiscent of scenes following the Tianjin, China, port explosion in 2015.

Like the agility shown by your own teams during the pandemic, the RMS Event Response team made several process enhancements and added new innovations to improve efficiency and reduce delivery timelines, despite COVID-19 restrictions and remote working conditions. One certainty in uncertain times remains the RMS commitment to live event response, ensuring support for our industry during critical moments – especially in a year full of catastrophe events.

Please click here to download the new 2020 Catastrophe Review Executive Summary which provides context and analysis of the year’s most notable industry events – and key insights we can carry into the years ahead. 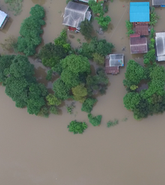 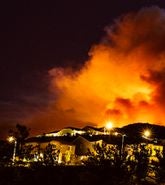 Wildfire: Demonstrating the Cost-Effectiveness of Mitigation … 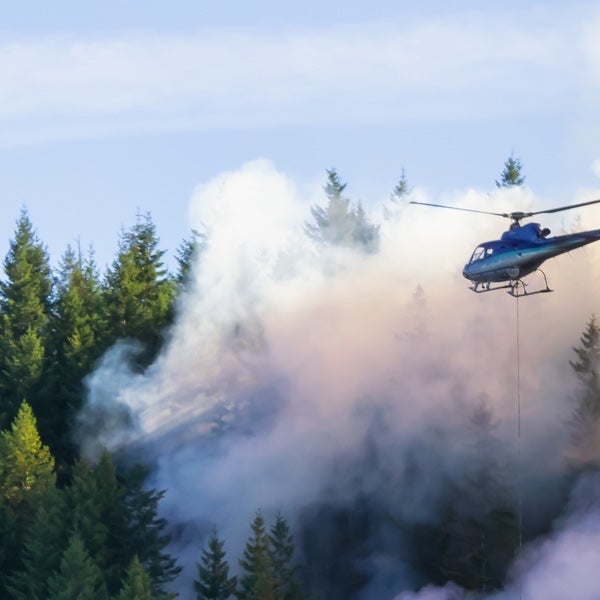 Predict the potential impact of active…

Tom is a Director - Event Response at RMS, and leads the Event Response services operation. He joined RMS in 2009 and spent several years in the Client Support Services organization, primarily providing specialist peril model support. Tom joined RMS upon completion of his bachelor's and master's degrees in meteorology from Pennsylvania State University, where he studied the statistical influence of climate state variables on tropical cyclone frequency. He is a member of the American Meteorological Society (AMS).