Now that we have passed the halfway point of the 2020 North Atlantic hurricane season, it feels like a good opportunity to take stock and look ahead to what the remainder of the season might have in store.

Record-Breaking Start to the 2020 Hurricane Season

The 2020 season has already made its mark in terms of the number of storms that have formed and how early they formed. For the very latest event summaries, visit the RMS Event Response web page. This was further demonstrated on September 14 when, for only the second time on record, there were five active tropical cyclones coexisting in the North Atlantic. This has prompted much talk in the industry of a comparison with 2005, one of the most memorable Atlantic seasons in recorded history. But, as my colleague Pete Dailey discussed in his recent RMS blog, when we consider metrics important to quantifying damage and loss – namely storm intensity, size, and duration – we quickly realize that the level of wind energy and potential damage generated in 2020 to date is incomparable with 2005.

So, what does the second half of this season have in store for us, and will it be as record-breaking as the first?

Latest Forecasts Predict an Active Second Half of the Hurricane Season

As is customary, many of the forecast groups and agencies updated their forecasts during August as the season entered its most active period. Projections of oceanic and environmental conditions for the remainder of the season are more certain at this time of year compared to when the previous season forecasts were issued in the spring; thus, forecasts can generally be made with more confidence and skill.

The updated forecast from the U.S. National Oceanic and Atmospheric Administration (NOAA) indicated that the 2020 season may be even more active than initially anticipated and could be one of the more active seasons on record. NOAA’s updated forecast calls for 19–25 named storms of which 7–11 are expected to intensify into hurricanes, and 3–6 of those are expected to reach major hurricane status (Category 3 or stronger) with an Accumulated Cyclone Energy (ACE)[1] range of 129–213.

Also, the probability of the season finishing above normal[2] has increased from 60 percent to 85 percent, with a growing likelihood that it could end up being extremely active.[3]

Why Has the Likelihood of an Active Season Increased?

The increased likelihood of an above-normal and potentially record-breaking season reflects the latest forecasts for the El Niño-Southern Oscillation (ENSO) and the atmospheric and oceanic conditions in the Atlantic Main Development Region (MDR).

There is now an increased likelihood that ENSO will enter a hurricane-enhancing, cooler La Niña phase this fall (60 percent probability now compared to 40 percent in May) as sea surface temperatures in the equatorial Pacific Ocean have continued to cool.

Sea surface temperatures across the equatorial Pacific Ocean are currently near or below average, with the most recent (August 31) Oceanic Niño Index (ONI)[4] value observed at -0.2°C. A La Niña phase is characterized by an ONI less than or equal to -0.5°C, meaning that conditions are currently considered to be in a slightly hurricane-enhancing, cool-neutral phase.

Although the general circulation in the tropics is, for the most part, consistent with what we would expect during a cool-neutral ENSO phase, some La Niña-like teleconnections (such as reduced vertical wind shear in the tropical Atlantic, see below) may already be in place.

Over in the tropical Atlantic, atmospheric and oceanic conditions are more conducive for cyclogenesis and intensification than previously forecast.

Sea surface temperatures across the MDR are currently much warmer than normal. The tropical Atlantic is at its fourth warmest since 1982, trailing only 2010, 2005, and 2017; each of these years experienced hyperactive hurricane seasons.

Sea surface temperatures across the eastern and central MDR during September are expected to be 0.18°C (± 0.14°C) warmer than normal, which should provide an abundance of additional heat and energy for disturbances to form and intensify. Warmer waters are also typically associated with lower-than-normal sea level pressures and subsequently an increase in atmospheric instability, which also favors increased hurricane activity in the basin.

In addition, vertical wind shear across the Atlantic is expected to remain low through September and October, which covers the Atlantic’s historically most active period. Wind shear can be detrimental to tropical cyclone genesis and intensification as variations in wind speed and direction with height can tear apart its structure or prevent a cyclone from forming.

To add to all this, the African Easterly Jet (AEJ) and African monsoon system has been particularly active in early September. Should this continue as is currently forecast, the tropical waves that exit western Africa into the Atlantic would more easily develop into tropical storms and hurricanes, thus increasing the likelihood of an above-normal season.

It is going be an anxious few months for sure. For only the second time on record (2005 was the first), we have exhausted the season’s storm name list, and now take names from the Greek alphabet. We have already had Subtropical Storm Alpha, which made landfall in Portugal on September 18, and Tropical Storm Beta, which made landfall over the middle of Texas and dissipated over the eastern U.S.

Of course, an active second half of the season does not automatically mean a costly one in terms of economic or insured losses. With several notable September and October hurricanes in recent years – including Matthew (2016), Irma (2017), Maria (2017), and Michael (2018) – and nine named storms having already made landfall in the U.S. as of September 22 (which equals the record number of U.S. landfalls set back in 1916), we should not rule out additional impactful events before the 2020 season officially closes on November 30.

Be sure to keep an eye on the RMS Blog and our social media platforms (@RMS and @HWind) for the very latest information on tropical cyclone developments in the Atlantic. Click on this link for more information on RMS North Atlantic Hurricane Models.

[1] ACE (Accumulated Cyclone Energy) measures the combined intensity and duration of all tropical storms and hurricanes during the season. It is calculated as the square of the sum of the maximum sustained wind speed (in knots) at six-hour intervals for the duration of the storm at tropical storm strength (35 knots) or greater.

[2] An above-normal season is categorized as one with an ACE index above 111 and two of the following three conditions: 13 or more named storms, 7 or more hurricanes, and 3 or more major hurricanes.

[4] ONI (Oceanic Niño Index) is based on sea surface temperature departures from average in the Niño 3.4 region and is a principal measurement for monitoring, assessing, and predicting ENSO. 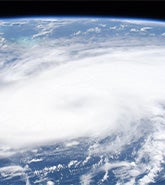 Atlantic Hurricane in 2020: Are We in Store for Another Record-Breaking Year? … 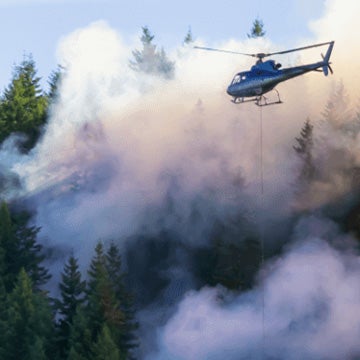