This week marks the tenth anniversary of the devastating earthquake in Haiti. The magnitude 7.0 event ruptured a thrust fault associated with the Enriquillo-Plantain Garden fault system 25 kilometers (16 miles) west of the capital city Port-au-Prince. This fault system runs along the length of the Tiburon Peninsula and is no stranger to earthquakes, with major events impacting Haiti in both 1751 and 1770. This large time gap since the last major events meant that there was little to no societal memory or preparedness for earthquakes in the region, making the 2010 event particularly devastating.

In the 2010 event, the strong ground shaking lasted 30 seconds and caused extensive collapse of masonry and concrete structures due to both poor design and construction practices, and poor construction material quality. An estimate for the resulting death toll is a staggering 150,000 people.

The scale of the damage and the number of people killed impacted all aspects of life for the remaining inhabitants of Port-au-Prince and the surrounding regions. Vital infrastructure including hospitals, communication systems and transportation facilities (e.g., the airport and port in Port-au-Prince) was severely damaged or destroyed, hampering disaster response. With 250,000 homes severely damaged, more than one million people needed to be housed and fed.

Government agencies that had also lost facilities, materials, personnel, and records, were ill-prepared to respond to the disaster. Though initially slow to get up and running, international aid was the main source of support for the disaster management and recovery. The Haitian people showed their grace, resilience and determination in the face of the earthquake. Haitian President Jovenel Moïse noted in his speech commemorating the event this week “… how many, in the days following the disaster, went through every corner of their homes in search of anything that could help and relieve a neighbor, a stranger with whom they found refuge.” The ultimate scale of the damage impacts from the earthquake was estimated to be in the range of US$8 billion.

Haiti is no stranger to disasters as it lies on the boundary of the Caribbean tectonic plate and within a zone that is regularly impacted by Atlantic hurricanes. In the time since the 2010 earthquake, the recovery has been hampered by hurricanes, a cholera outbreak and political unrest. Hurricane Matthew was particularly devastating in October 2016, with catastrophic flooding and storm surge. Most recently, political unrest (due to higher food and fuel prices) has hampered the ability of aid agencies to support the disaster recovery in Haiti.

One bright spot in the slow recovery process in Haiti has been the work done by Build Change. Their mission is “… to greatly reduce deaths, injuries, and economic losses caused by housing and school collapses due to earthquakes and typhoons in emerging nations.” Build Change and RMS partnered on Impact Treks to Haiti in 2014 and 2015 to allow RMS staff and clients to contribute directly to the recovery effort. The Build Change model of disaster recovery starts with the homeowner and empowers the homeowner to own the rebuild/retrofit process.

In Haiti, Build Change trained homeowners, community builders, local engineers, construction materials producers, small entrepreneurs, and government officials to rebuild better and to increase the disaster resilience of their communities. Build Change developed affordable disaster-resistant new house designs as well as a retrofit manual tailored to Haitian/Caribbean informal housing. They then trained government and reconstruction partners to use them.

Noll Tufani, who worked for Build Change in Haiti in various positions from 2010 to 2015 explains: “Through Build Change’s work, thousands of homeowners were able to return rapidly and cost-effectively to their normal lives after their houses were safely retrofitted, while thousands of others, whose houses were too damaged to be retrofitted, were able to rebuild a new resilient house based on a pallet of new construction design options.” 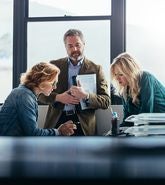 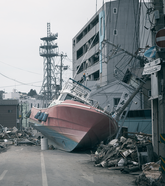