It has been a year since the deadliest and most destructive wildfire in California’s history. The Camp Fire burnt some 153,336 acres, starting at Camp Creek Road, two miles from the small community of Concow, Butte County in Northern California. A fire was reported at 6.33 a.m. local time on Thursday, November 8, 2018, and spread to Concow within 30 minutes and by 8 a.m. had moved quickly west to the town of Paradise (pop. ~26,800).

The town was devastated within hours, as embers driven by 50 miles per hour winds created an urban conflagration which saw 80 to 90 percent of the town destroyed. The fire took 15 days to fully contain. Overall, the fire destroyed a total of 18,804 structures, and killed 85 people.

The insurance industry is also still reeling after both last year’s and the previous year’s record-breaking California wildfire seasons with US$23 billion in insured losses. All eyes are on the current events as a quiet early season has morphed into an active late season, as the Kincade Fire in Sonoma County that started on October 23, burnt some 77,758 acres and destroyed 374 structures according to CAL FIRE. The Kincade Fire is now the largest ever wildfire in Sonoma County.

The town of Paradise became the “ground zero” for wildfire, as the world was stunned by the scenes of near-total devastation. But the rebuild is underway, reports state around 3,000 residents have returned, and nearly 200 businesses have reopened in Paradise. Less than 500 building permits have been issued at this time.

No one wants to see this happen again, but in terms of taking fire mitigation actions, city officials in Paradise are grappling with balancing safety and cost. Media reports suggest that the town has not adopted all of the most stringent state fire standards. And with destruction on the scale seen in Paradise in 2018, and Santa Rosa in 2017 during the Wine Country fires, for both the insurance industry and home and business owners alike, you could be forgiven for questioning the actual difference an individual homeowner, or a community can make in terms of fire mitigation.

I think this is an area where the risk modeling and insurance community can support good practice in wildfire risk mitigation. It cannot be stressed enough that getting the mitigation basics right really matters when it comes to wildfire risk. Mitigation needs to be accommodated in wildfire modeling – and reflected in risk selection and ultimately premiums – to recognize and encourage mitigation efforts.

For RMS, as a leader in the risk modeling community, when building our United States Wildfire HD Model, it was very important to capture the vulnerability of an individual structure and its surroundings in the widest possible sense. Primary modifiers within the model capture typical industry standard attributes – occupancy, construction type, number of stories, year built, floor area etc., similar to many other RMS models.

But it is our approach to site hazard data, and secondary modifiers that can reflect the impact of mitigation measures. The model can automatically determine and populate three key site hazard values from a high-resolution data set to fifty meters (or less), and also allows for these generated values to be overwritten if these are captured on-the-ground when assessing an individual building.

For site hazard, the model captures slope, which is a vital factor to assess the speed and intensity of wildfire, especially if driven by wind. Fuel class and availability is also essential to consider, and the model will populate the distance to vegetation (down to five feet or one and a half meters) and the available fuel class – whether it is grass, shrub or timber.

The outstanding work of the Insurance Institute for Business and Home Safety (IBHS) must be considered in your modeling, risk selection, and pricing. RMS has worked very closely with the IBHS, and their guidelines for building wildfire resistant homes comes as a result of physical side-by-side testing to show the relative performance of a building that is more wildfire resistant compared to one that isn’t. Using a big wind tunnel in South Carolina, they subject houses to fire and ember storms showing how the accumulation of embers causes the building to light on fire.

The research from IBHS is focused on preventing avoidable losses for wildfire. The crux of wildfire mitigation is all about removing flammable materials near the structure – i.e. creating a non-combustible zone of protection of five feet (1.5 meters) from the structure, and then making sure the building components are wildfire resistant.

They have proved that choosing closed eaves instead of open; fiber cement board siding rather than wood shingle, dual-pane tempered screens over single pane windows – all these changes build in higher wildfire resistance. Even the outside deck and the type of mulch used – makes a difference. In recognition of this, the RMS model covers 15 secondary modifiers in all – including the roof characteristics, risk of ember accumulation, wall cladding and deck materials, through to neighborhood infrastructure – such as the presence of sprinklers, suppression, and also site accessibility.

Both RMS and the IBHS are somewhat obsessed about roof coverings – how flammable is a roof if embers land on it? The RMS model allows for 17 types of roof covering, either using the material for which the model will infer a typical flammability class, or allowing for a fire rating class to be used. Roof shape, age and condition, roof venting is included.

Neighborhood infrastructure and preparedness is also a factor to consider, such as whether the community has implemented standards from FireWise or other organizations, whether the roads provide easy of access by fire crews etc. Active suppression is growing in importance – the use of insulating, fire blocking gels and retardants – gels that are sprayed onto properties before a fire, or passive suppression, using exterior sprinklers prior to an event, can make a significant difference.

By accurately capturing the vulnerability of a structure and its surroundings, recognizing effective fire mitigation measures, including this data into risk modeling, and on to risk selection and pricing, the industry can play its part in accelerating the adoption of mitigation and creating safer communities. 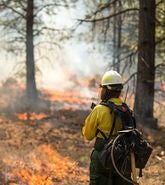 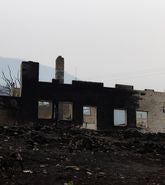