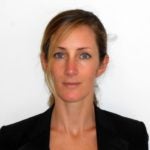 Reducing disaster risk is a shared responsibility. The resilience gap is too large, too multifaceted and too complex to be closed by one stakeholder group alone.

Coupled with an acknowledgement of the need to shift focus from managing disasters to managing disaster risk, a multidisciplinary approach, leveraging private and public sector expertise, has rightly become central to the narrative.

What Gets Measured Gets Managed

The sixth session of the Global Platform will be held in Geneva next month. RMS will again be joining governments, legislators, scientists and business leaders to share knowledge, discuss progress and promote developments in reducing disaster risk.

The RMS delegation will be building on the significant contributions made in Sendai City (2015) and Cancun (2017) where RMS led thought around the importance of quantifying the resilience dividend. After all, if you can’t measure disaster risk, you can’t manage it.

The organizing principle for the 2019 convening builds on this idea. Indeed, the thematic focus for #GP2019Geneva is: “Resilience Dividend: Towards Sustainable and Inclusive Societies”.

The message from the 193 UN members states is clear: the successful measurement and management of disaster risk will bring numerous societal, economic and environmental benefits. Development cannot be sustainable unless it is risk-informed.

In other words, quantifying the resilience dividend saves lives.

The Nervous System of Strategic Action

The Sendai Framework rightly focuses attention on the world’s most vulnerable.

In addition, the Sendai Framework recognizes another type of vulnerability: specific groups of people – such as women, children, the elderly and those with disabilities – which are disproportionately affected by disasters. To better understand how such groups are likely to be impacted by disasters – and to improve outcomes – accurate and detailed data are essential.

Dr. Nicola Howe has highlighted the huge gender gap in death rates following natural disasters, citing the 1991 cyclone in Bangladesh where 91 percent of the fatalities were women. With the help of International Women’s Day, the importance of collecting gender-disaggregated data has come to the fore.

In wealthy countries, however, the biggest discriminants are more often age and disability. Dr. Robert Muir-Wood has examined age-banded fatality data and found that the fatality risk ratio for the “over 75s” in New Orleans following Hurricane Katrina was around eighty (80) times higher than for the “under 18s”. He encourages the use of Disability-Adjusted Life Years (DALYs) to prioritize investments in disaster risk reduction.

The Children Are Our Present

The young are also subject to higher risks during disasters.

Schools with large ceiling spans and poor standards of construction can be the most dangerous of all buildings when an earthquake or typhoon hits. (Just ask Build Change).

In the 2005 Kashmir earthquake, for example, 10,000 schools collapsed. As a result, 19,000 children died. Meaning almost a quarter of the total fatalities from this disaster came from one decile of the population.

The 2008 earthquake in Sichuan Province amplified this point. Thousands of children died as 7,000 relatively newly built classrooms collapsed, while older buildings around the schools remained intact.

Of course, natural disasters can strike at any time and it is pure luck that the 2015 Gorkha earthquake happened on a Saturday. So, although more than 16,000 schools were damaged and 5,000 destroyed, happenstance considerably suppressed casualties in the Kathmandu Valley.

Yet, for every life saved by chance in Nepal, an education was lost. Out-of-school children are not just deprived of learning opportunities. They are also at greater risk of life-threatening, often criminal, activities.

Indeed, children are some of the worst affected in the aftermath of a disaster. A 2013 study into post-disaster losses in the Philippines found that, in the year after a typhoon, delayed deaths among female infants outnumber officially reported typhoon deaths in the general populace by a factor of fifteen. Half of the affected infants were never even exposed to a typhoon. This shocking statistic stems from household decisions made by families struggling economically post-disaster.

During the negotiations for the Sendai Framework, we called for greater emphasis to be placed on disaggregating disaster data. Our aim: to promote a better understanding of how different sections of a population are impacted by disasters, and how those groups can lead change.

At the upcoming Global Platform, RMS will again be advocating for the use of gender-, age- and disability-responsive data to empower those left furthest behind. By sharing our experience in exposure data collection, disaggregation and analysis, we can spur the development of methodologies that will reduce disaster risk.

High-quality information is “the nervous system of the humanitarian enterprise”. Without it, any form of principled action – whether now or in the future – is paralyzed.

Alison joined RMS in 2011, working within the model development team based in London, and is currently working on the North America and Europe Severe Convective Storm models. In her time at RMS she developed the Mexico Hurricane track model and led the North American Hurricane Medium Term Rates project.

Prior to working for RMS, Alison was based in Colorado and held an academic position at the National Oceanic and Atmospheric Administration (NOAA). She has also done post-doctoral work for the British Antarctic Survey.

She has a bachelor's degree in Physics and Astrophysics, a master's degree in Geophysics and a PhD in Atmospheric Physics from University College London where she holds an honorary fellowship.