European Floods and the Relationship with the North Atlantic Oscillation 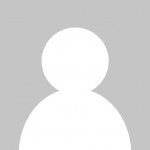 Why is this important? The NAO signal is Europe’s dominant mode of climate variability and correlates highly with European precipitation patterns. Typically, when the NAO is positive – characterized by a higher than average pressure difference between low and high latitudes of the Northern Hemisphere, Northern Europe experiences strong westerly winds. This causes stormier and wetter than usual conditions in Northern Europe, while Southern Europe is drier and colder than usual.

In contrast, when the NAO is negative, Southern Europe experiences westerly winds and the meteorological pattern is somewhat opposite, with Southern Europe being generally wetter than average. The NAO is significantly stronger in winter than in the other seasons, therefore, most studies on the NAO focus on winter months, when the influence of the NAO on surface temperature and precipitation is highest.

When climate patterns result in changing prevailing conditions, such as increased storm activity and rainfall, it is important to understand their effect in relation to the severity of flood events – responsible for significant property damage, business disruption and loss of life in Europe. And there is a need to understand its ongoing impact as the climate and the distribution of exposures change over time. 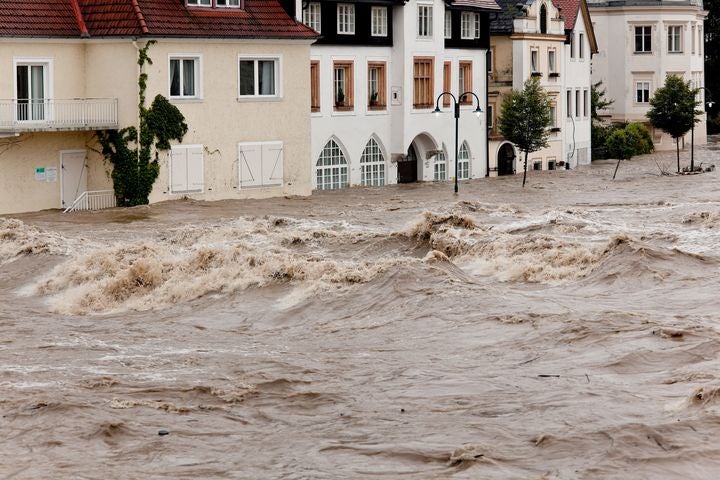 Understanding NAO and its Impact on Europe Flood Losses

Although the structure of flood losses is arguably related to large scale climatic patterns, this inter-connection is not always well understood. While it is well known that large scale climatic patterns control meteorological events, it is not always clear whether this connection can be extended to the occurrence of flood events and the associated losses.

So, despite well-established knowledge of the effect of NAO on precipitation patterns, hypotheses on relationships between the NAO and catastrophic flood events and losses have not been considered in scientific literature. This can be attributed to the lack of data on historical flood events but also to the fact that appropriate, large scale loss models are typically not available to the research community.

In a new study, published in Geophysical Research Letters and recently featured in Nature Research Highlights, we have now shown that there is indeed a significant relationship between the NAO and flood losses.

The analysis suggests that there is a clear relationship between the occurrence of catastrophic flood events across Europe and the NAO signal. In Northern Europe, the majority of historic winter floods occurred during a positive NAO state, whereas the majority of summer floods occurred during a negative NAO state. Critically, we observe that the average flood loss during opposite NAO states can differ by up to 50 percent. 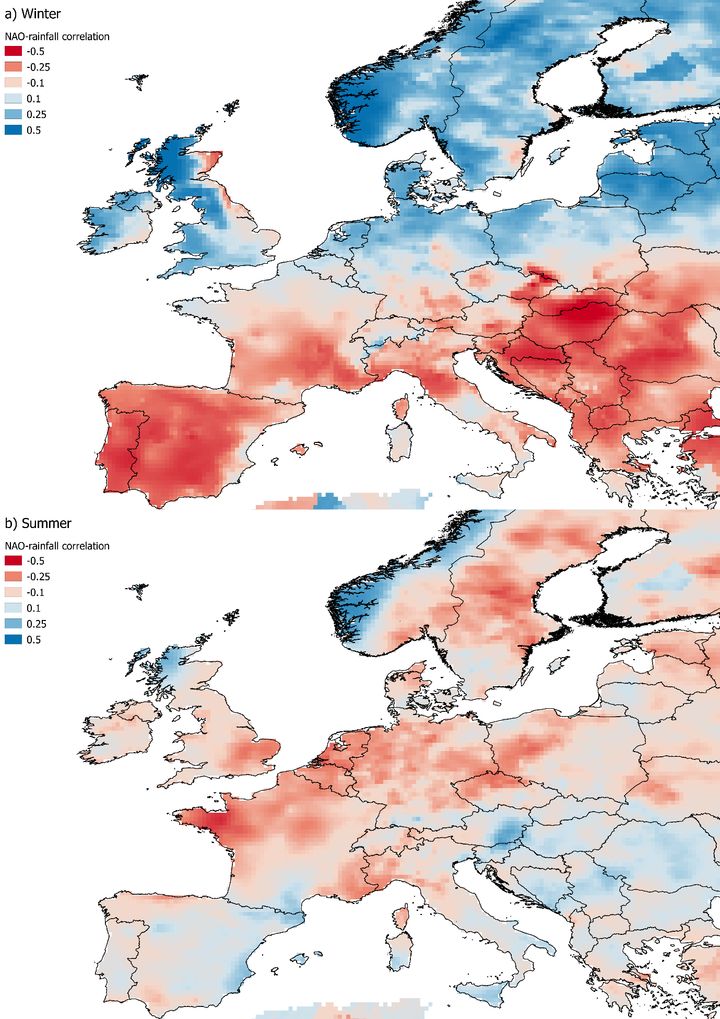 Figure 1: Correlation between the North Atlantic Oscillation and precipitation for the period 1959–2010, in winter (a) and summer (b).

These results are not solely justified by the fact that the NAO modulates precipitation amounts and, in turn, precipitation modulates flood events. Indeed, the same precipitation event may or may not generate a flood, depending on soil saturation and therefore on prior precipitation. The NAO exhibits a certain level of persistency and there can be prolonged periods with a predominant NAO state, associated with long periods of wet or dry conditions, which increases its impact on flood generation. As an example, persistent positive NAO during the 2015/2016 winter contributed to wetter than usual conditions in Northern Europe as an unusual cluster of storms hit the U.K. and Ireland. This caused catastrophic floods throughout the region and, consequently, significant damage and disruption.

Our study used the RMS Europe Inland Flood HD models. Based on latest scientific understanding of flood processes and advanced modeling techniques, the RMS model generates a large set of potential extreme events and quantifies the associated damages. Thousands of years of simulated precipitation is used to drive a modeling cascade that describes rainfall-runoff, river routing and inundation processes, including a suitable model for flood defenses along major rivers and their failure probabilities.

Our findings on the impact of the NAO on financial flood losses have a number of implications. From a short-term point of view, knowledge of these relationships can improve financial preparedness and capital allocation for disaster funds. Knowing that in a certain region, positive/negative NAO states are likely to be connected to higher/lower flood losses, allows stakeholders such as insurance companies and governments to budget financial resources accordingly, if skilful NAO forecasts are available.

Therefore, the earlier we can predict lower or higher NAO periods the better the preparedness will be. Based on the present study, NAO predictions will be instrumental towards improving preparedness and resilience to catastrophic floods.

From a longer-term point of view, the spatial patterns observed in the loss-NAO relationship indicate that the NAO states constitute an additional, undetected source for the well documented spatial correlation of flood risk. Since insurance schemes and public recovery funds rely on a deep understanding of loss correlation structures, this effect should be accounted for in future projections of flood risk.

Moreover, these results are particularly relevant in the context of climate change. Past NAO circulation patterns varied as part of changes in Northern Hemisphere climate and future changes can therefore be expected to have an impact on the NAO pattern. Our study shows that such changes would in turn affect economic losses due to floods, and this effect can be positive or negative depending on the season and region. These results can inform financial preparedness and disaster fund allocation, as stakeholders can distribute resources more effectively.

Stefano joined RMS in 2013 and works in the London model development team. He has worked on various RMS flood models and recently led the development of the RiskLink v18 India Flood model.

Prior to RMS, Stefano was a postdoctoral researcher at UC Berkeley and University of Minnesota. He holds a master’s and a PhD in Civil and Environmental Engineering Sciences from the University of Padova.

Based in London, Ludovico has worked at RMS since 2011 developing flood models. He is currently within the hazard development team focusing on European flood risk. Before joining RMS, Ludovico held a post-doctoral position at the Laboratory of Eco-hydrology within the École Polytechnique Fédérale de Lausanne from 2009 to 2011 where he conducted research activities on catchment scale modeling of the hydrologic response. He holds a PhD in Hydrology from the Dept. of Civil and Environmental Engineering at the University of Padova, Italy.

Arno leads the surge and flood modeling efforts at RMS. Having joined RMS in 2006, he has been involved in a variety of modeling efforts with the U.S. Flood Model being the most recent one. Arno holds an master's and PhD from Wageningen University, The Netherlands, where his research focused on catchment hydrology.

Beside other peer-reviewed publications, he is also a co-author on a Nature publication on the effects of climatic change on flood phenomena in the U.K.

Steve has held senior roles across RMS, including Senior Vice President and head of the Climate Risk Modeling Division. In this position he led a group of 60 mathematical modelers responsible for building models examining the wind, hail, surge and flood damage caused by tropical cyclones, extra-tropical cyclones and severe storms.

Prior to taking this role, Steve led the Weather Derivatives Trading Software business unit at RMS. Before joining RMS Steve was an academic, and worked at the universities of Oxford, Monash, Bologna and Reading. He has a PhD from Oxford in climate research, and a degree from Cambridge in Mathematics. Steve is a frequent speaker on weather risk at academic and industry conferences, and has written over 100 scientific articles on topics related to weather and climate. He is the lead author of the definitive book on weather derivative valuation, published by Cambridge University Press.