Earthquakes and Tall Buildings: Any Changes for Modeling? 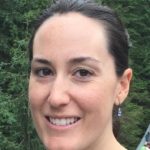 A recent article entitled “A Seismic Change in Predicting How Earthquakes Will Shake Tall Buildings” that appeared in the New York Times on June 27, has generated some concern regarding the performance of tall buildings during earthquakes. The article cites statements made during the eleventh U.S. National Conference on Earthquake Engineering — which several RMS earthquake engineering experts attended, stating that there are large changes being introduced to ground motion models. Ground motion models predict the intensity of ground shaking at a site.

These new models predict that tall buildings in the Western U.S. could experience significantly greater ground shaking intensity than was thought previously. Intensity values in some areas around Los Angeles, California could double, with increases up to 33 percent in Seattle, Washington. The article also notes that known vulnerabilities in older tall buildings could be exposed during the shaking. But as I explain below, neither of these issues is that surprising to the risk community or a surprise to RMS. In fact, our Version 17 RMS® North America Earthquake Models already accounts for both.

When seismic waves generated by an earthquake enter a basin structure, the waves can be significantly amplified. The degree of amplification depends on the depth of the basin and its unique geologic characteristics, coupled with the frequency and duration of the ground motions. An extreme example of basin amplification occurred in Mexico City during the 1985 Michoacán Earthquake, observed in the patterns of extensive damage within the basin and in comparisons of ground motions recorded inside versus outside of the basin.

But this issue of basin amplification is already well known within the research community. However, current U.S. building codes do not provide any explicit guidelines to account for the additional amplification expected for tall buildings within basins, as the calculation requires many different site-specific parameters, which were not publicly available. Lately, researchers have gathered detailed data for many deep basins, helping the United States Geological Survey (USGS) to develop ground motion hazard maps for deep basins, which can be used for designing buildings.

RMS researchers are actively involved with USGS in various capacities on this issue. For example, RMS researcher Dr. Emel Seyhan has reviewed some of the approaches proposed by the USGS, and Dr. Nilesh Shome is a member of National Seismic Hazard Map (NSHM) Steering Committee to review and guide different approaches proposed by USGS. RMS also hosted the 2018 NSHM Update Workshop at our headquarters in Newark, California, where the incorporation of basin amplification was discussed extensively.

The behavior of tall buildings is distinct from that of shorter buildings due to the former’s slender aspect ratio, construction details and the significant participation of higher modes of vibration in the building response. More than a decade ago, the Pacific Earthquake Engineering Research (PEER) Center created the Tall Buildings Initiative to study the design and performance of tall buildings and develop performance-based guidelines. This project included researchers from leading U.S. universities as well as practicing engineers engaged in tall building design. RMS partnered with PEER and conducted loss assessments for the tall buildings studied in the project [1, 2].

Building on this research, RMS extended the studies to develop vulnerability curves for tall buildings, including examining age and height relativities [3, 4]. In work I presented at last year’s sixteenth World Conference on Earthquake Engineering [4], we compared the performance of fifty-story steel moment-resisting frame buildings designed in the 1970s versus the modern era for a site in San Francisco, California. We found that the 1970s-era buildings were significantly more vulnerable, due largely to an increased risk of collapse. Design and detailing practices commonly used during this era created the potential for brittle failures at column splices (where columns are joined together along the height) as well as fractures at beam-column connections. This latter vulnerability was discovered during inspections after the 1994 Northridge Earthquake, and the connection designs for new buildings were modified.

In our research we also found that although modern buildings may have reduced vulnerabilities due to better designs and lower collapse risks, the possibility of demolition of these structures due to excessive residual drifts (i.e., permanent lean after the earthquake), which was observed after the 2010-2011 Canterbury Earthquake Sequence in New Zealand, can still contribute significantly to the expected losses. All these findings were incorporated in the Version 17 RMS North America Earthquake Models, which introduced a very tall height band to capture the vulnerability of buildings with more than forty stories.

To conclude, this article has raised many interesting issues but many of the points raised are well known and accommodated in our modeling.  As always, RMS continues to be engaged in the earthquake research community and benefits from monitoring the latest scientific findings to ensure our models provide the most up-to-date view of risk.