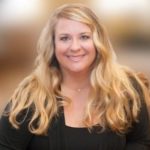 As the sun shone over the Biscayne Bay at the start of the second full day at Exceedance, our keynote guest speaker, Jeff Goodell, energy and environmental expert, investigative journalist and author of numerous books including The Water Will Come asked a provocative question in his opening slide. It simply said, “Goodbye Miami?”

Jeff said that he was at home being in the company of fellow “catastrophists” and the risk management community at Exceedance, but this is not always the case. When talking about climate change and sea-level rise, he sometimes felt as if he was Richard Dreyfuss in the movie Jaws. Dreyfuss played oceanographer Matt Hooper, a character who continually warned the Mayor of Amity Island to close the beach because of the risk of shark attacks. The Mayor ignored the advice, due to the economic impact of closing the beach … but [spoiler alert] the shark kept coming. Jeff remarked that sea-level rise is the shark, and it’s bigger and more dangerous than we first anticipated.

You do not need to be a climate scientist to identify the risk of sea-level rise for Miami. A flat topography, built largely on porous limestone, surrounded by billions of dollars of real estate, located in a hurricane hot spot with water on both sides — the Atlantic to the east and the Everglades to the west; it ticks many boxes. Jeff showed a map of how Miami would be affected by up to seven feet of sea-level rise by 2100; a conservative estimate. Each increase of one foot saw swathes of Miami inundated, including vital infrastructure such as the Virginia sewage works, MIA, and the Turkey Point nuclear power plant. Anti-flood pumps across Miami at a cost of US$500 million, and elevating buildings helps. But Jeff outlined a scenario where changes in ice melt in Antarctica, with ice sheets collapsing rather than gradually melting could rapidly accelerate sea-level rise.

Jeff concluded his keynote by stressing how the human factor will decide the fate of Miami, whether it is trees dying due to saltwater in the ground, vital services in decline, falling property prices — with predictions show that millions will leave South Florida as a result. Passing the keynote baton to Robert Muir-Wood, chief research officer for RMS, Robert showed how the insurance industry has a vital role in delivering much-needed transparency around risk and to tackle glaring protection gaps. Whether this was in high risk areas such as Florida, emerging markets, or “intangibles,” as businesses swap physical for virtual assets, gaps need to be identified, modeled and addressed.

Proposing a new term for uninsured loss — “uninsur-ance,” and the “Gap-ometer” to measure the percentage of risk not covered by insurance, for instance, due to a single event, Robert stressed that everyone suffers from uninsured loss. Different factors decide whether the gap is small, and the risk covered, or the gap is large. Ninety-five percent of U.S. homeowners have fire policies, victims of the Santa Rosa wildfires last year were largely covered. Homes damaged in the South Napa earthquake in 2014, some 25 miles away, had a protection gap around 98-99 percent. Robert stated that the gap closes post-event, after earthquakes or floods, as sales of insurance policies rise; 800,000 NFIP policies were sold in 2006 after Katrina. Robert threw down the gauntlet to the industry, to value, assess and readdress the protection gap, stating that it should now be in standard, regular reporting for insurers.

Cyber risk affects both intangible and tangible assets, and Tom Harvey, senior product manager for cyber solutions, and Christos Mitas, vice president for model development at RMS, showed how insurers can succeed in this fast-growing market safely. RMS Cyber Solutions Version 3 offers probabilistic cyber modeling allowing businesses to ask questions about their approach to the cyber insurance market — which sectors, product selection, capital optimization. Blending in an incident database of 62,000 events, 14,000 company profiles, and cyber security ratings data into the decision-making engine, insurers can get 1-in-100-year exceedance probability curves and clearly define their risk appetite to build up a portfolio within set limits.

Asking “what-if?” has been a core theme of Exceedance, and Gary McInally, chief actuary at Flood Re in the U.K. spoke about how they had used the RMS Europe Inland Flood HD model to experiment with different property flood resilience (PFR) measures to protect homes against flood. With the model taking into consideration both river flood defense schemes, and individual home protection, Flood Re could propose protection measures and assess the reduction of losses, to fulfil its mission to increase property flood resilience for around five million properties at material risk of flooding.

The spirit of Havana is emerging as Exceedance delegates get ready for tonight’s Exceedance Party. Havana Nights is the theme, with funky fedoras, salsa tunes, and cool mojitos and so check back on tomorrow’s blog for the highlights of a great night. 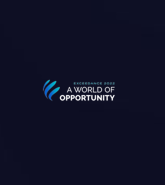 Exceedance 2022: A World of Opportunity 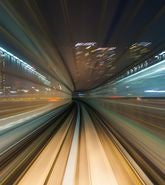 Exceedance Shows How to Outperform in a Changing Risk Landscape

Kym focuses on the conception, management and execution of Exceedance. She has been with RMS for over 4 years and continues to grow and increase the impact of RMS events (Live and Virtual) for RMS clients and prospects.

As an important part of the marketing team, Kym and her amazing team continue to use their successful event management background to drive engagement, awareness and client experiences.

A California native, Kym is based in the RMS Silicon Valley Office.