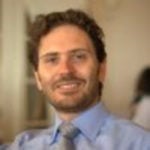 New findings into the effect of a magnitude 7.0 earthquake originating from the 74 mile-long (119 kilometer) Hayward Fault in the California Bay Area, suggests that fire following earthquake alone could see more than 52,000 single-family homes burn. Earlier this month, the United States Geological Survey (USGS) released new results for their HayWired scenario, a scientifically plausible magnitude 7.0 earthquake on the Hayward fault. The hypothetical HayWired earthquake occurs at 4:18 p.m. on April 18, 2018, the anniversary of the magnitude  7.8 earthquake which struck San Francisco in 1906. The mainshock ruptures the fault along its length for about 52 miles (83 kilometers). The impact of such an event on one of the most densely populated and interconnected areas of the U.S. West Coast — with a population of about seven million people — would be disruptive.

According to the USGS, the damage to the building stock and the entire infrastructure system caused by the mainshock is expected to be massive and potentially displace at least 77,000 households (based on U.S. Census data from 2000). This rises to as many as 152,000 households or approximately 411,000 people if other factors such as utility outages are included. Most of the losses related to structural and contents damage as well as direct business interruption attributable to direct shake-driven damage, liquefaction, and landslides.

However, the finding that the HayWired mainshock will trigger fires burning the equivalent of more than 52,000 single family homes according to the USGS report, underscores the tremendous stress that the Bay Area firefighting capacity would be under in such a scenario, and the potential for the situation to degenerate into widespread urban conflagrations.

RMS was invited to fulfil a direct request from the USGS to probabilistically quantify the potential outcome of the fire outbreaks in the aftermath of their magnitude 7.0 HayWired Earthquake Scenario. To do this, RMS performed detailed numerical simulations aimed at replicating the three main phases of the fire following earthquake (FFEQ) conflagration process: fire ignition generation, fire spread (across buildings and city blocks), and fire suppression. These simulations were carried out on the area shown in Figure 1 below, which encloses the vast majority of the densely urbanized areas in the region impacted by the scenario footprint.

Within this area, a uniform 500 meter x 500 meter mesh grid was generated. For each grid, statistical information about building construction type, building occupancy type, building dimensions, distance between buildings, level of built-upness (percentage of area covered by buildings for each of the grids), city block dimensions, and street widths was collected. Additionally, data about traffic, wind conditions and fire stations (location and number of fire engines in each station) was collected and used as input for the simulation code. For a more thorough and exhaustive discussion on the modeling and simulation approach, click on this link to access our ICOSSAR 2017 paper.

Within the simulation boundaries highlighted in Figure 1 above, RMS forecasts an average of 475 fire ignitions in the aftermath of the HayWired earthquake scenario; a result in close agreement with the ignition model developed by HAZUS (2009) as illustrated in Figure 2 below. The predicted number of ignitions from the HayWired event is significantly lower (less than 50 percent) than the prediction for a repeat of the 1906 magnitude 7.9 San Francisco event. The full probabilistic characterization of the number of fire ignitions is reported in Figure 3 and shows that, under extreme conditions, the number of fire ignitions can be as high as 700 — a direct consequence of the high uncertainty around the fire ignition functions adopted and used in the RMS FFEQ model.

Based on simulation studies, RMS also predicts that on average, about 30 percent of the 475 fire ignitions will grow to conflagrations beyond the city blocks where they originated; a percentage that can reach as high as 70 percent under extreme conditions such as high wind speeds. Additionally, the RMS model forecasts that about 15 percent of the initial fire ignitions will outbreak to urban conflagrations larger than four city blocks and, also in this case, under extreme conditions this percentage can be as high as 60 percent.

The simulation results for the geographical distribution of the average effective burnt area caused by the HayWired scenario are shown in Figure 4; on average, RMS estimates an overall effective burnt area (i.e. area covered by buildings) of about seven square kilometers, which is about five times larger than the urban conflagration breakouts observed during the recent Northern California wildfires in Napa Valley. These wildfires destroyed about 8,000 buildings in total, 1,850 of which were located in the urbanized areas of Coffey Park and Larkfield-Wikiup within and around Santa Rosa in Sonoma County, over a gross area of about two-and-a-half square kilometers. Under extreme conditions, such as high wind speeds, the overall urban burnt area forecasted by RMS for the HayWired scenario can be as high as 12 square kilometers, destroy tens of thousands of buildings and lead to economic fire losses larger than US$10 billion.

A detailed presentation of the RMS research findings on the FFEQ implications caused by the HayWired Earthquake Scenario was given at the 2018 USGS Northern California Earthquake Hazards Workshop which took place on January 30-31, 2018 in Menlo Park, California.

Maurizio is part of the earthquake vulnerability team at RMS and he recently led the development of the North America and Japan Fire Following Earthquake Models as well as the U.S. Earthquake Workers’ Compensation model. He joined RMS in 2012 after a postdoctoral research position on Fatigue Structural Health Monitoring and Damage Prognosis of mechanical systems at the University of California, San Diego (UCSD). Maurizio holds a bachelor’s degree in Civil Engineering from the University of Padova (Italy), and a masters and Ph.D. degrees in Structural Engineering from UCSD.