On July 8 last year, the U.K. Prime Minister, Theresa May, announced her intention to establish the Centre for Global Disaster Protection.

The big idea: capitalize on the City of London’s expertise in financial services in order to help the governments of developing countries become more resilient to natural disasters, using risk transfer, where appropriate, to avoid humanitarian crises and augment disaster aid.

“It is about investing in the data, research and cutting-edge science to analyze risk and design systems that work well for the poorest people. It is about providing training and sophisticated analytics.

It is about pre-disaster planning, including bringing vulnerable people into the dialogue on how support should flow in an emergency.

It is about providing neutral advice — supporting countries in making decisions about which financial instruments are right for them.

It is about innovation — looking at new ways of working and building new collaborations across the finance and humanitarian communities, to design financial instruments that work for developing countries.”

At the request of the U.K. Department for International Development (DFID), RMS looked at 77 of the world’s poorest countries, many of which are prone to earthquakes, hurricanes, typhoons, droughts, and floods. The analysis revealed that the economic loss every year from natural disasters across those 77 countries is US$29 billion on average. And that’s just the annual average loss (AAL). Simulations suggest that there’s a material chance (ten percent) that these countries will experience economic losses from natural disasters of US$47 billion next year, affecting 180 million people.

The RMS research didn’t just examine the scale of the challenge though.

Together with Vivid Economics and re:focus partners, we have also been working with DFID on the potential for private capital — harnessed through risk transfer — to play a meaningful role.

Of that US$47 billion in economic losses, our simulations suggest that US$6 billion (12 percent) would likely be met by humanitarian aid. A further US$2 billion (five percent) would be covered by insurance. The remaining 82 percent would have to be shouldered by the people directly affected, or their governments, which are among the world’s poorest.

The question arises, therefore — what can be done to meet this US$39 billion shortfall?

From Noble Aims to Bold Action?

Several times since that Lord Bates speech, finance and humanitarian professionals alike have asked me the same questions:

Have you heard any more about the Centre? Is it real? Is it up and running yet? What is it actually doing?

The Centre’s work is, however, very much underway. Indeed, those of you that follow these things on social media will have seen that the Centre’s first working session took place earlier this year.

Which brings us to today’s news: the Centre’s first Innovation Lab.

Co-convened by Lloyd’s of London, the Lab format is conceived by DFID as a vital tool for the Centre to stimulate innovative financial solutions to close that US$47 billion gap. An open forum, the Lab brings together public and private sector experts to generate, stress-test and incubate new solutions to meet specific problems identified by DFID.

This Lab format is aligned with a key objective of the Centre; namely to harness the expertise of the finance and aid sectors in a joint effort to address political, economic, market and technical issues. It is only through this kind of combined effort that innovative and workable solutions to complex development problems can be found.

From Theory to Practice: Aligning Incentives for Resilient (Re)construction 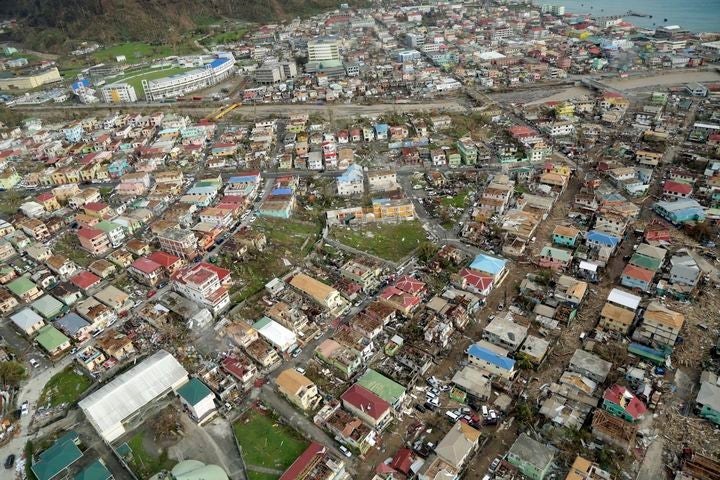 Framed in no small part by the experience of HIM (Harvey, Irma, and Maria), the U.K. Government’s initial focus is on resilient recovery and reconstruction, including ways to incentivize resilient infrastructure.

This is a very good place to begin. After all, every year hundreds of billions of USD are invested in infrastructure and a large proportion of this will be vulnerable to natural disasters. If such infrastructure is not made resilient up front, the costs can be much higher in the long-run. Yet the economic incentives to build in resilience are often not strong enough to drive action, especially in developing countries.

This is particularly pertinent following the devastating hurricanes in the Caribbean. Billions of USD will need to be mobilized to reconstruct the islands’ infrastructure, economies, and buildings.

The theory is well understood. Capital market instruments can collateralize potential losses from future natural hazards, whilst offering incentives for the sponsor to make effective risk-reducing investments. In practice, however, there is little evidence that insurance pricing has driven real improvements in resilience. This is in no small part due to the upfront costs of resilience versus the very long-term benefits.

There are broader political economy challenges also, which can lead to underinvestment in risk reduction, preparedness, and response capacity. The result: slow, unreliable, expensive disaster response.

In this context, the value of financial solutions to collateralize future potential losses from natural hazards may be higher in developing country governments than previously estimated. Might recent capital markets innovations make delivery of such solutions more cost-effective?

A particular focus of the first Lab is how to link risk transfer instruments with reconstruction financing and broader infrastructure finance. The hypothesis: collateralizing the benefits of risk reduction will greatly incentivize resilient practices. The key: enabling the resilience dividend to be realized up front during the construction phase. These savings could then be used to cover (in part or in full) the additional cost of more resilient infrastructure.

No Quick and Easy Answers

This first Lab will doubtless stimulate dialogue and build networks. It will catalyze new ideas, which can be implemented by the private sector, the Centre or both.

This is an open process. All analyses generated from this initial Lab project will be in the public domain. The plan is to write them up not just for a more technical audience, but also to publish a call-to-action for business leaders and policymakers alike.

Over the next few months, today’s ideas will be discussed, evaluated and scrutinized. The best innovations will be carried forward by the Centre, helping U.K. Government to tackle some of the biggest challenges that the world faces.

No one has a monopoly on good ideas. That’s why the Centre is bringing together a broad range of expertise. That’s why participants from the Overseas Development Institute (ODI), the World Bank, and the Start Network are involved. That’s why advisors from the likes of Willis Towers Watson, Parhelion, Clyde & Co, DLA Piper, Mott McDonald and Arup are engaged, along with capital providers like Amlin, Beazley, Hiscox, Munich Re, Nephila, Ren Re, Securis, Swiss Re and XL Catlin.

In working with DFID, RMS is being stretched in new and meaningful ways. In running the Innovation Lab, the Centre for Global Disaster Protection challenges us to better fulfill our societal mission. If you want to get involved; if you want to make a difference, please don’t hesitate to reach out to us.