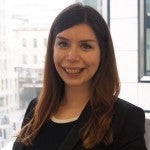 For insurers and consumers in the European Union, 2016 is a key year, since it is when the industry gets real experience of Solvency II, the newly implemented risk-based supervisory system. After a decade in the making, Solvency II officially came into force on January 1, 2016. While it had been a scramble by the industry to meet that deadline, ten months on as the road becomes less bumpy, what have we learned?

Insurers have met their numerous reporting requirements under the new regime, as well as calculated the Solvency Capital Requirement (SCR), prepared Own Risk and Solvency Assessments (ORSAs), and set out their risk management frameworks and rules of governance. Although this appears a straightforward task, in reality, the introduction of Solvency II has created a significant paradigm shift in insurance regulation, the biggest experienced in decades – with a corresponding cultural and strategic challenge to firms that do business in the European Union.

In September, I attended a conference in Slovenia’s capital Ljubljana, where industry participants gathered to assess where the industry has got to.

Has Anything Gone Wrong?

According Europe’s regulatory umbrella body, the answer to this question is an emphatic “no.” Manuela Zweimueller, the Head of Regulations at the European Insurance and Occupational Pensions Authority (EIOPA), added that although Solvency II is not quite perfect, regulators are continuing to refine the requirements. The main challenge according to EIOPA, is that Solvency II needs to be equally understood by regulators and (re)insurers over the next five years in order to close up the pockets of inefficiency and provide a level playing field for all those involved. EIOPA terms this “supervisory convergence.”

From the standpoint of European insurers and national regulators there are several core challenges. The German Federal Financial Supervisory Authority considers the combined demands of a complex internal model approval process, the need to work through complicated and lengthy reports and data, and appropriately train staff create challenges for supervised firms. From an industry perspective, Italian insurer Generali revealed that the main issues they face are around the complexity of internal model requirements and documentation. Both sides agree, however, that despite the burden of regulatory compliance and high level of technical detail involved, the use of an internal model for Solvency II to measure risk provides substantial benefits in the way of management, governance, and strategic decision-making. This makes Solvency II the only long-term solution for almost all insurers. For a brief discussion of the benefits of internal models, see my earlier blog post.

The additional demands of complying with Solvency II, however, have partly given rise to a surge in M&A activity. By going under the wing of a larger business, only one solvency return needs to be filed, which results in efficiencies and cost-savings. According to the Association of British Insurers (ABI), firms in the U.K. alone have already invested at least £3 billion (US$3.7 billion) to comply with the new solvency regulations. Strategic M&A activity is likely to rise, especially for small to medium-sized insurers which face problems maintaining the same levels of profitability as they did prior to Solvency II, and are seeking ways to defend their positions in the market.

What Does the Future Hold?

What’s needed next, according to EIOPA, is a period of stability for Solvency II – though there are still many more challenges that lie ahead. For instance, in the short term, insurance firms will undoubtedly feel the pinch, with many needing to invest more time and money into efficiently reporting their solvency ratios to the regulators. But there will be a preliminary review of the new directive in 2018 when EIOPA will address some of the complexities.

More widely, fears are increasing over the economic reality of low interest rates (which are hitting the life insurance market the hardest), decreasing corporate yields, and stock market volatility with Brexit. Although the consequences of Brexit have not been as bad as expected so far, these factors will still need to be managed in the balance sheet.

And despite all the difficulties that lie ahead for the industry as a whole, EIOPA stresses that we must remember that the ultimate goal of Solvency II is not just to unify a single EU insurance market, but to increase consumer protection – and adopting a consumer-centered approach is beneficial for all.

In terms of natural catastrophe risk, ensuring capital adequacy and managing an effective risk management framework under Solvency II, requires the use of an internal model and the implementation of sophisticated nat cat models into the process. But what are the benefits of using an internal model and how can integrated cat models help a (re)insurer assess cat risk under the new regulatory regime? Internal Model Versus the Standard Formula Under Pillar I of the Directive, insurers are required to calculate their Solvency Capital Requirement (SCR), which is used to demonstrate to supervisors, policyholders, and shareholders that they have an adequate level of financial resources to absorb significant losses. Companies have a choice between using the Standard Formula or an internal model (or partial internal model) when calculating their SCR, with many favoring the use of internal models, despite requiring significant resources and regulatory approval. Internal models are more risk-sensitive and can closely capture the true risk profile of a business by taking risks into account that are not always appropriately covered by the Standard Formula, therefore resulting in reduced capital requirements. Catastrophe Risk is a Key Driver for Capital Under Solvency II Rising insured losses from global natural catastrophes, driven by factors such as economic growth, increasing property values, rising population density, and insurance penetration—often in high risk regions, all demonstrate the value of embedding a cat model into the internal model process. Due to significant variances in data granularity between the Standard Formula and an internal model, a magnitude of difference can exist between the two approaches when calculating solvency capital, with potentially lower SCR calculations for the cat component when using an internal model. The application of Solvency II is, however, not all about capital estimation, but also relates to effective risk management processes embedded throughout an organization. Implementing cat models fully into the internal model process, as opposed to just relying only on cat model loss output, can introduce significant improvements to risk management processes. Cat models provide an opportunity to improve exposure data quality and allow model users to fully understand the benefits of complex risk mitigation structures and diversification. By providing a better reflection of a company’s risk profile, this can help reveal a company’s potential exposure to cat risk and support companies in making better governance and strategic management decisions. Managing Cat Risk Using Cat Models A challenging aspect of bringing cat models in-house and integrating them into the internal model process is the selection of the ”right” model and the “right” method to evaluate a company’s cat exposure. Catastrophe model vendors are therefore obliged to help users understand underlying assumptions and their inherent uncertainties, and provide them with the means of justifying model selection and appropriateness. Insurers have benefited from RMS support to fulfil these requirements, offering model users deep insight into the underlying data, assumptions, and model validation, to ensure they have complete confidence in model strengths and limitations. With the knowledge that RMS provides, insurers can understand, take ownership, and implement a company’s own view of risk, and then demonstrate this to make more informed strategic decisions as required by the Own Risk and Solvency Assessment (ORSA), which lies at the heart of Solvency II.…

Rohan has recently been appointed the role of managing regulatory affairs in Europe at RMS, responsible for coordinating interactions with regulators and supporting clients through regulatory processes. Since joining RMS at the beginning of 2011, Rohan has worked on a variety of projects involving the Europe Windstorm and China and Hong Typhoon model releases, and served in the RMS Event Response team as an operational manager. Prior to joining RMS, Rohan served in the Catastrophe Management team at QBE in London, and has over 8 years of experience in the catastrophe modeling industry. Rohan holds a BSc in Environmental Science from the University of East Anglia and an MSc in Natural Hazards and Risk from Brunel University. She is also a member of the UK Chartered Insurance Institute (CII) and a Fellow of the Geological Society of London.