RMS has released an updated version of its Probabilistic Terrorism Model, which reflects the considerable changes in terrorism risk for Canada, Denmark, Ireland, Italy, and the U.K. as well as the decreased frequency of large-scale-terrorism events for each of the five countries.

To inform the new view of risk, our scientists carried out a comprehensive analysis of global attack and plot data from the past decade. We focused heavily on large-scale attacks – those with the potential to threaten the solvency of an insurer.

The analysis showed that incidents of large-scale attacks have steadily and significantly decreased, which corresponds with a rise in the funding and sophistication of major intelligence agencies in the west.

Our approach to terrorism modeling follows three principles, which have been validated by data on intercepted plots, past successful attacks, and recent intelligence leaks:

Of the estimated 200,000 documents taken or leaked by Edward Snowden, one of the most relevant validations of the RMS model is an N.S.A. presentation that explains the routing of international telecommunications traffic. A very significant proportion of international telecommunications traffic is routed through the U.S. and Europe which, coupled with advances in big data analytics and plummeting data storage costs, has made intelligence collection easier and more robust than it has ever been. 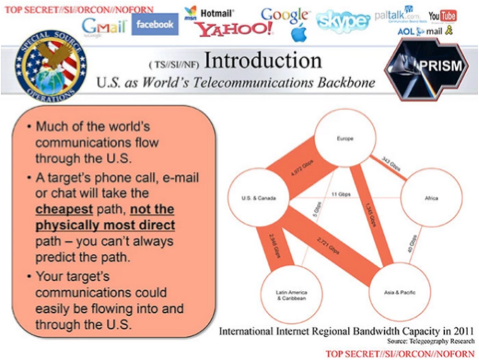 According to available data on the frequency of plots and attacks, the risk of a large-scale attack has been in decline since 2007, but the risk of smaller-scale attacks perpetrated by lone-wolf operatives and homegrown militants remains high.

However, we have learned over the past decade that terrorism risk levels are fluid and can change quickly. With the rise of the Islamic State in Iraq and reports of its successful recruitment of foreigners, as well as ongoing instability in Afghanistan and Pakistan, the risk outlook can change at any moment.

The RMS Probabilistic Terrorism Model incorporates multiple risk outlooks to provide users with the agility to quickly respond to any changes in terrorism risk. RMS is committed to updating its terrorism model as frequently as necessary to provide the most up-to-date, granular, and accurate view of global terrorism risk.