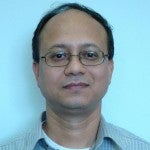 Recent earthquakes in New Zealand and Japan show that aftershock risk can be significant, even though this risk is not explicitly considered in portfolio risk assessment. It is no secret that large-magnitude earthquakes are generally followed by high numbers of smaller magnitude earthquakes and sometimes the ground motions from these aftershocks cause substantial damage to buildings. The science of forward prediction of aftershock hazard is still evolving and assessment of building vulnerability due to mainshock and aftershock sequences is currently an active topic of research.

In order to address this issue with the scientists and engineers, I organized a special session during the U.S. National Conference on Earthquake Engineering with Dr. Nicolas Luco of the USGS and Dr. Matt Gerstenberger of GNS Science. We invited a number of prominent researchers to discuss:

Aftershock risk is real and consumers feel the pain from increased insurance premiums, as observed following the Tohoku earthquake. According to Insurance Insight, “local earthquake premiums are up 25 percent to 50 percent, say, when compared with normal circumstances.“ So, this issue needs to be addressed to improve our understanding before another large magnitude event strikes.

Professor Fusakichi Omori first observed in 1894 that aftershocks decrease regularly with time. He developed Omori’s law, which is still used for estimating aftershock risk. I presented a paper in a separate conference session on estimation of aftershock risk in Japan following the Tohoku earthquake, which was based on the Omori Law. This is the basis of the RMS® Japan Earthquake Model update. Currently, the USGS is working on developing aftershock hazard based on the Epidemic Type Aftershock Sequences (ETAS) model.

Dr. Ned Field of the USGS, one of the speakers in the session, stated that developing the aftershock model is “one of the strategic-action priorities of the USGS in terms of providing effective situational awareness during hazardous events.”

In the meantime, GNS Science has developed a time-dependent hazard model for continuing the Canterbury earthquake sequence. Dr. Gerstenberger of GNS Science reported that GNS has carried out “broadband ground motion simulations” for a suite of moderate sized aftershocks in order to develop aftershock hazards in the region.

Dr. Luco, the co-convener of the session, proposed probabilistic risk assessment for “post-earthquake mitigation decisions” after the occurrence of mainshock (or any other earthquake).

RMS will continue to work alongside our industry colleagues to improve understanding of aftershock risk.

Nilesh Shome joined RMS in 2009 and is working on the RMS U.S. earthquake and terrorism models, and has over fifteen years’ experience estimating losses from hurricanes, earthquakes, floods, winter-storms, and other natural hazards, as well as human-made hazards like terrorism. Before joining RMS, Nilesh worked on several projects focused on the securitization of earthquake and hurricane risk, and he has also worked on a number of World Bank projects to evaluate risk in different countries. He consulted for both the Federal Emergency Management Agency (FEMA) and the Applied Technical Council (ATC). Nilesh earned a doctorate in Structural Engineering from Stanford University.