Newark, C.A. - November 19, 2018  RMS, a global risk modeling and analytics firm, has estimated that the insured loss for the Camp and Woolsey wildfires in California will be between USD $9 and $13 billion ($7.5-$10 billion for Camp; $1.5-$3 billion for Woolsey). The estimate includes property and auto damage, including burn and smoke damage, business interruption (BI), additional living expenses (ALE), and contents loss.

The Camp and Woolsey events were among 15 fires that broke out in early November, 2018. The Camp and Woolsey Fires have currently burned a combined total of 245,000 acres, destroyed more than 12,000 homes and businesses, and killed 80 people. The Camp Fire, named for the road of its point of origin, is the most destructive fire in California history, with more than 11,000 structures burned and currently 77 fatalities. Notably, this fire season represents the second consecutive year with more than $10 billion in insured wildfire loss.

The town of Paradise, CA, which suffered the worst losses of the Camp Fire, has narrowly avoided catastrophic wildfires many times over the past 20 years. Thirteen large fires since 1999 have burned inside the current footprint of the Camp Fire.

The Woolsey Fire, igniting in Ventura County and jumping the Highway 101 before spreading to Malibu, resulted in over 250,000 evacuations and burned more than 1,450 high value properties.

The area around the Woolsey Fire shares a similar, if less stark, history of frequent fires. Six large fires since 1999 intersect the Woolsey footprint. Going back to 1993, the Old Topanga Wildfire, which caused almost $1 billion in today’s dollars, occurred immediately next where the Woolsey fire is currently burning.

Mohsen Rahnama, Chief Risk Modeling Officer, RMS, said: “Wildfire is now a major catastrophe risk that must be rigorously managed with the best data and model science. With increasing exposure due to properties near wildland areas and ongoing climate variability, insurers, policymakers, and homeowners must adapt to the prospect of more frequent and severe wildfires.”

“In the wake of consecutive record-breaking wildfire seasons, we are hopeful that more focus will be placed on fire mitigation, safe construction practices, and community resilience. The forthcoming RMS HD Wildfire model, developed in partnership with leading insurers and fire experts, represents a step change in measuring wildfire risk, with a 50,000-year climate simulation, explicit ember and smoke simulations, and a vulnerability module calibrated on hundreds of millions of dollars of claims data. We are confident the model will contribute to the creation of safer communities that promote fire safety and awareness.”

Newark, CA – September 23, 2021 – RMS®, the world’s leading catastrophe risk solutions company, estimates that the total U.S. insured losses from Hurricane Nicholas to be between US$1.1 and US$2.2 billion. This estimate represents insured losses associated with wind, storm surge, and precipitation-induced flooding, including losses to the National Flood Insurance Program (NFIP). Nicholas made landfall on September 14, 2021 near Sargent Beach, Texas as a Category 1 hurricane on the Saffir-Simpson Hurricane Wind Scale with maximum sustained winds of 75 miles per hour (120 km/h). The storm brought hurricane-force winds, prolonged heavy rainfall to the central Gulf Coast, including many areas in southern Louisiana still recovering from Hurricane Ida, as well as Hurricanes’ Laura and Delta (2020). Total insured loss estimates for Hurricane Nicholas (US$ billions): Wind + Surge Private Inland Flood NFIP Total 0.7 – 1.4 0.2 – 0.3 0.2 – 0.5 1.1 – 2.2 RMS estimates US$700 million to US$1.4 billion in privately insured wind and storm surge losses based on analysis of ensemble footprints in Version 21 of the RMS North Atlantic Hurricane Models. RMS ensemble footprints are reconstructions of Nicholas’ hazard that capture the uncertainties surrounding observed winds and storm surge. The precipitation-induced inland flooding losses were generated using footprints from the RMS U.S. Inland Flood HD Model. RMS modelers developed and validated the wind, storm surge, and inland flood reconstructions and corresponding loss estimates using publicly available observations, including wind stations, rivers water level gauge data, and web reconnaissance. “A notable impact from this event is the rainfalls, especially in Louisiana, where many towns and cities are still in the early stages of recovery after Hurricane Ida. RMS event response teams estimate roughly 40 percent of postal codes in Louisiana that were impacted by flooding in Nicholas were also impacted by flooding from Ida a few weeks earlier. We expect the overlapping nature of these two storms to further amplify losses, including the risk of rainfall infiltration, and to prolong the claims settlement process,” says Jeff Waters, Senior Product Manager, RMS North Atlantic Hurricane Models. The estimate also includes US$200 – $500 million in losses for NFIP in Texas and the Gulf of Mexico region. NFIP losses were derived using RMS’ view of NFIP exposure based on 2019 policy-in-force data published by FEMA, Version 21 North Atlantic Hurricane Models, and the U.S. Inland Flood HD Model. Losses reflect property damage and business interruption to residential, commercial, industrial, and automobile lines of business, and considers sources of post-event loss amplification (PLA). RMS expects the majority of wind and storm surge losses to come from Texas, and the majority of the NFIP and insured flood losses to come from Louisiana. Hurricane Nicholas was the fourteenth named storm of the 2021 North Atlantic hurricane season and the sixth hurricane. It was the second hurricane to make landfall this season. RMS industry loss estimates for landfalling hurricanes are comprehensive, reflecting modeled and non-modeled impacts from all major drivers of damage, including wind, storm surge, and inland flooding. END The technology and data used in providing this information is based on the scientific data, mathematical and empirical models, and encoded experience of scientists and specialists. As with any model of physical systems, particularly those with low frequencies of occurrence and potentially high severity outcomes, the actual losses from catastrophic events may differ from the results of simulation analyses. RMS SPECIFICALLY DISCLAIMS ANY AND ALL RESPONSIBILITIES, OBLIGATIONS AND LIABILITY WITH RESPECT TO ANY DECISIONS OR ADVICE MADE OR GIVEN AS A RESULT OF THIS INFORMATION OR USE THEREOF, INCLUDING ALL WARRANTIES, WHETHER EXPRESS OR IMPLIED, INCLUDING BUT NOT LIMITED TO, WARRANTIES OF NON-INFRINGEMENT, MERCHANTABILITY AND FITNESS FOR A PARTICULAR PURPOSE. IN NO EVENT SHALL RMS (OR ITS PARENT, SUBSIDIARY, OR OTHER AFFILIATED COMPANIES) BE LIABLE FOR DIRECT, INDIRECT, SPECIAL, INCIDENTAL, OR CONSEQUENTIAL DAMAGES WITH RESPECT TO ANY DECISIONS OR ADVICE MADE OR GIVEN AS A RESULT OF THE CONTENTS OF THIS INFORMATION OR USE THEREOF. 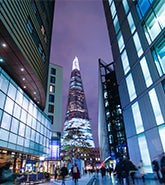