Earthquakes across Europe have the potential to disrupt insurers' profitability, and historical events have caused significant catastrophe losses. (Re)insurance companies need to understand the regional differences to quantify, differentiate, and manage earthquake risk in this region at all levels - from underwriting through to portfolio management, reinsurance, and capital management decisions.

Europe is dominated by complex tectonics in two places. In the south of the region, the southern margin of the Eurasian Plate and the African Plate collide and produce subduction-related sources under southern Italy, Greece, and Turkey, and in the southeast the African Plate encounters the Arabian Plate. Within the eastern Mediterranean region, several smaller tectonic plates also interact with earthquakes occurring in this region along known crustal fault zones including the North Anatolian Fault Zone in Eastern and central Turkey.

There have been numerous events in Europe that have caused significant catastrophe losses. In 1356, an M6.7 event destroyed the town of Basel, Switzerland, and caused much destruction in a vast region extending into France and Germany. In 1755, an M8.7 event caused complete devastation along the southwestern coast of Portugal, affecting the capital Lisbon and the Algarve. Due to the combined effects of shaking, a tsunami engulfed the near coastal areas along the southwestern Portuguese coast and sparked a conflagration in Lisbon.

With damages sustained over 4,300 square kilometers, and severe damage in large parts of Calabria, Italy, and Sicily, an M7.2 event in 1908 destroyed a large majority of the city center buildings in Messina and Reggio di Calabria. In Turkey, two events in 1999, M7.8 Kocaeli and M7.2 Düzce, destroyed more than 86,000 dwellings and 14,000 businesses with insured losses totaling approximately US$550 million.

The RMS Europe Earthquake Models and data are founded on a seamless seismic source model that covers the whole of Europe, from the U.K., Ireland, France, and Portugal in the west through to Greece and Turkey in the east. The models and data provide a consistent framework for modeling loss across a range of scales, from location to portfolio, within a city or across country borders. These solutions can be used to build deep insight into the full range of risk – from seismically active areas in the south and east, through to the more tectonically stable areas of the north and west. Companies can use these RMS models to develop pricing structures that reflect the locations at risk.

Tectonic Setting and Seismicity for Europe 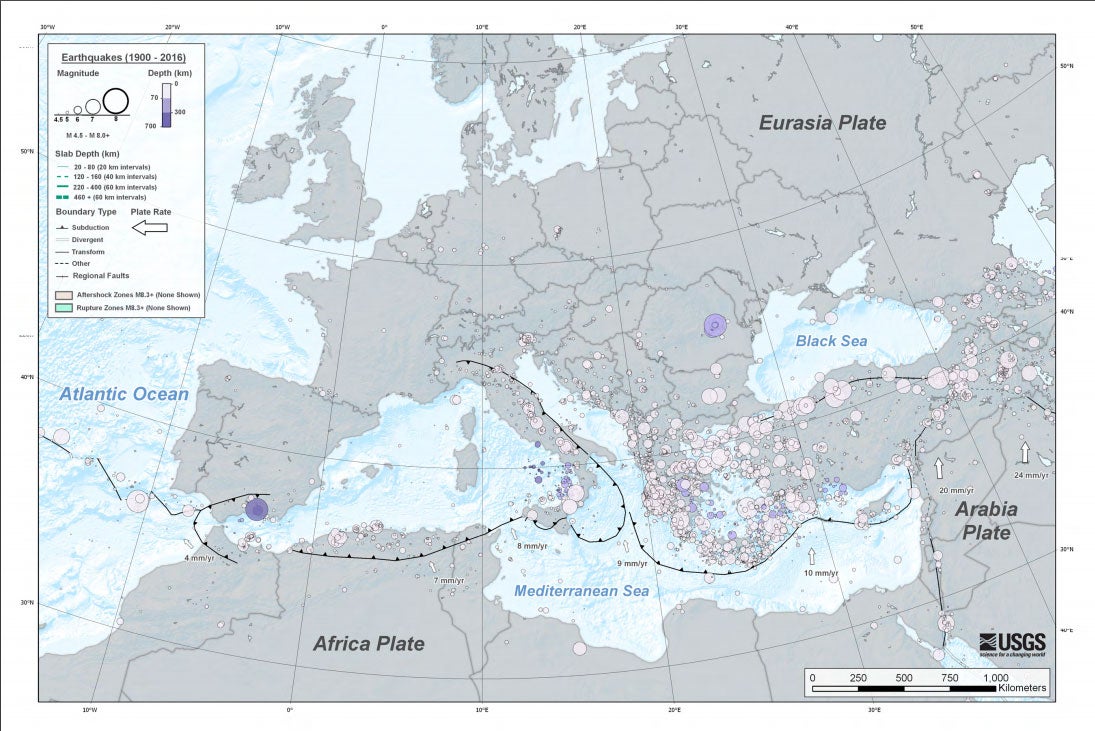 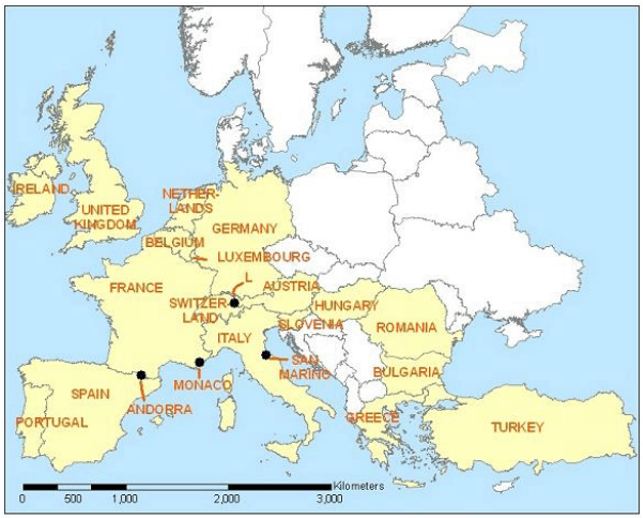 Find the Model to Fit Your Needs