This second blog of the series delves further into new insights generated from the RMS® Global Flood Maps. We have combined the maps across multiple return periods with country population data from various censuses and river basin data. Read part one for global insights, read on for regional insights.

Here are three thoughts on regions that are tackling flood risk and regions that are the most exposed, as we travel from Scandinavia to the Middle East and through to the banks of the Ganges. Let’s examine what the RMS analysis tells us about flood trends.

Sensible building practices and effective risk management strategies are vital to reducing flooding risk. As mentioned in the previous blog, risk as a percentage of the global population has increased over the last 40 years. However, RMS analysis shows Scandinavia has bucked this global trend. In 1975, 14 percent of the Scandinavian population was at risk of flooding. By 2015, it had dropped to 12.4 percent, despite a 20 percent increase in population over the same time horizon.

What might this be attributed to? In 1995, Norway saw floods resulting in around US$300 million in damages and causing unforeseen problems due to polluted water supplies. Many coordinated strategies were proposed, such as those in a paper by Professor Ånund Killingtveit of the Norwegian University of Science and Technology, including:

A more integrated approach to flood risk has perhaps paid off as the proportion of the population at risk of flooding has decreased since the 1995 flood events.

Risk mitigation strategies are commonly discussed in the aftermath of an event; the difference is delivering strategies before other pressing items take priority. These strategies can conflict with development plans, such as addressing chronic housing shortages with quickly developed housing. This was the case in the U.K., where the Guardian found almost one-in-10 new homes were built in the most at-risk areas.

A strategy for developing construction in a resilient way is key to avoiding flood risk. This is particularly important for countries undergoing high growth, which leads us to the next fact.

2. High Per Capita Countries Qatar and the UAE Observe the Largest Increases in Population at Risk

The Middle East is home to many of the largest construction projects such as NEOM in Saudi Arabia, estimated to cost about half a trillion dollars by the time of completion. Qatar has grand plans of its own. Qatar’s National Vision 2030, commissioned in 2008, looks to transform it into a highly advanced country capable of sustaining its own development and providing a high standard of living for its population and future generations.

Lusail City in Qatar is one example of a megaproject, designed to accommodate 450,000 people at an estimated cost of around US$45 billion. The project has a completion date of 2030, in line with the vision deadline. The city will also be a host for the 2022 FIFA World Cup in one of its eight newly developed stadiums, with costs in excess of US$200 billion.

Both Saudi Arabia and Qatar have GDP per capita in the 90th percentile of the wealthiest countries in the world. But Qatar and the UAE have combined high GDP per capita with the largest increases in absolute population at risk of flooding. These megadevelopments have a substantial increase in flood risk attached to them, and the risk rose between 1975 and 2015 with 10 times as many people exposed to flooding in both Qatar and the UAE.

As cities like NEOM and Lusail City are developed, exposure to flood risk must be monitored through effective risk management at the point of construction, financing, and eventually insurance. Effective risk assessment will help to ensure that current and future generations do not continue to be exposed to flooding.

3. Ganges River Basin Has the Highest Number of People at Risk of Flooding

Rivers flow through many countries and do not respect borders, as evidenced by the July 2021 floods that affected eight countries in Europe. But it is the Ganges River, which spans northern India and a large part of Bangladesh, that has the highest number of people at risk of flooding within its basin.

The Ganges and its tributaries are the lifeblood for millions of people who rely on its water for agriculture and trade. Fields irrigated by the river support millions of acres of agricultural crops, providing food for more than 400 million inhabitants – nearly one-third of the population of India.

RMS analysis looked at all major river basins and intersected the population data across borders, prior to looking at those that the populations that fall within our return period flood extents.

India and Bangladesh are two densely populated countries, and the sheer number of people living within the Ganges Basin propels its status to number one for people at risk of flood. But, arguably, the river’s integrity to so many people is the most important reason.

The Ganges flows through 29 cities that each have a population of at least 100,000 people and a further 23 cities with populations between 50,000 and 100,000. This highlights the importance of the river to millions who live along it, which contributes to the nearly 175 million people at risk within the basin.

I hope you found these two flood risk blogs interesting. The RMS Global Flood Maps are opening up many interesting insights and challenging views about flood risk.

Please contact us to talk about how RMS can help you take a global, regional, or country-specific view of flood risk using maps that now cover 100 percent of global gross written premium. 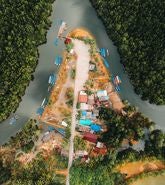 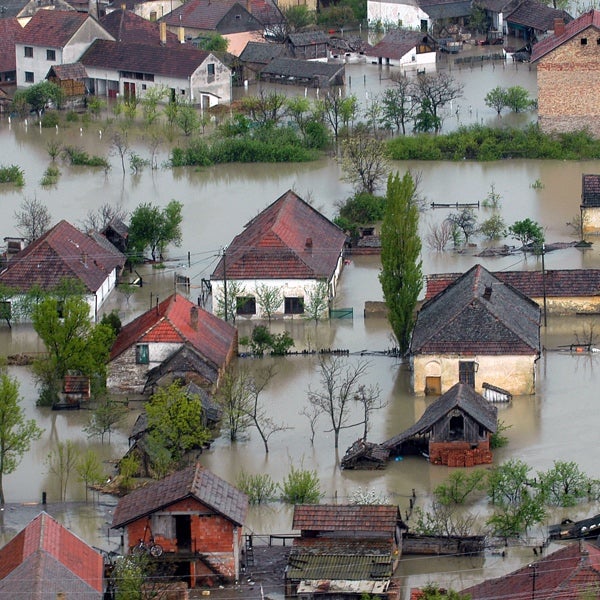