Containment of COVID-19 Is the Best-Case Scenario

Dr. Tedros Adhonom Ghebreyesus, director-general of the World Health Organization (WHO), has insisted that containment of COVID-19 is feasible, and must remain the top priority for all countries, but that there is not a one-size-fits-all approach. This was reiterated by Dr. Gaudenz Silberschmidt, director, health and multilateral partnerships – external relations at the WHO, who gave a keynote talk at the ReFocus 2020 conference in Las Vegas on March 3. This is the leading annual meeting for senior figures in the life insurance industry.

After his keynote, as an expert on pandemic risk modeling, I participated in a panel together with Dr. Silberschmidt and others, on the benefits of prevention. All the panelists, including myself, expressed support for this focus on containment, and the overall approach the WHO is taking in dealing with the COVID-19 outbreak, especially in Iran where the WHO has sent an urgent mission.

Each country has the authority to make its own decisions on border control, and whether to lock down infected regions, test suspected cases and quarantine confirmed infected cases. Mainland China provides a clear example of a country with significant growth of COVID-19 cases which has been able to turn the tide of infection in recent weeks through the adoption of draconian authoritarian measures to enforce infection containment, and to reduce the case fatality rate through the speedy construction of hospitals. One of these hospitals has now been closed because of the reduction in the number of cases. 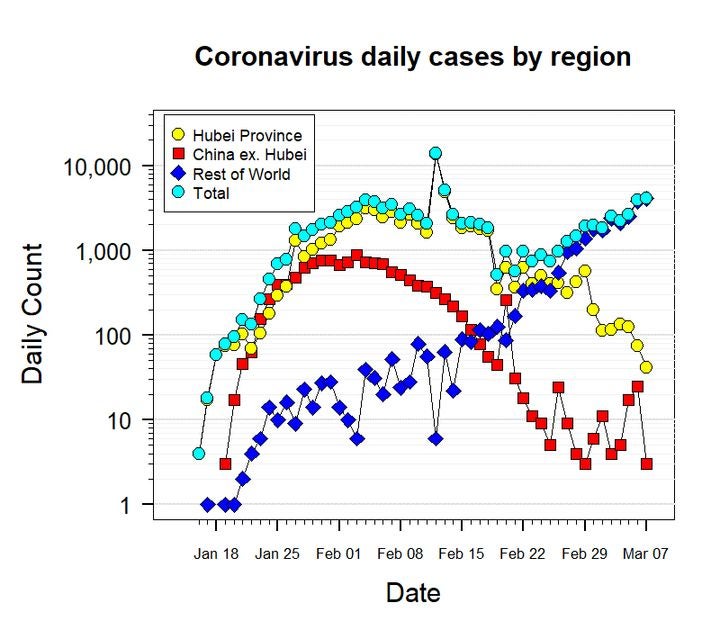 The best-case scenario is that other countries can emulate China in containing the spread of COVID-19. The fact that China has managed to contain the spread of COVID-19 within three months demonstrates to other countries that containment is feasible, albeit at a very high cost in social and economic disruption. Although asymptomatic transmission is possible with COVID-19, most infection is through infected people with symptoms, and the WHO believes that isolation and quarantine measures can be made to succeed elsewhere as it has in China.

In various other neighboring Asian countries, such as Hong Kong, Singapore, Taiwan, Thailand and Malaysia, which absorbed an early influx of visitors from Wuhan, the number of confirmed cases has been kept relatively stable, due to rigorous containment decisions. In some other countries, such as the Philippines, the number of confirmed cases has hardly changed from day-to-day.

The success of these countries in containing the spread of COVID-19 suggests that containment is achievable, even for countries and territories of moderate economic means. Containment is the best-case scenario. Dr. Silberschmidt of the WHO pointed out that this containment is in marked contrast with an influenza pandemic, such as occurred in 2009, when regional containment was impossible.

The optimism over the performance of these Asian countries is tempered by the pessimism over South Korea, Iran and Italy, which have each experienced a rapid rise in COVID-19 cases. In both South Korea and Italy, the case count went from a couple dozen to a thousand in a week. However, the authorities in all these countries should be encouraged by the capability of mainland China to turn around exceptional COVID-19 spread.

In any country, where COVID-19 has reached epidemic levels, every risk mitigation effort must be made to flatten the epidemic curve (see figure below) so that the peak number of daily cases does not come at a time during the crisis when critical care capacity is exhausted.

The whole of Italy has been locked down starting from Tuesday, March 10. The director-general of the World Health Organization, Dr. Tedros Adhanom Ghebreyesus, praised Italy for making genuine sacrifices with the restrictions. But with 10 percent of confirmed cases requiring critical care, and critical care capacity in northern Italy reaching its limits, there was little alternative. Once this capacity is exhausted, the case fatality rate can accelerate upwards from two percent to much higher levels. Italian doctors have sent a warning to their European colleagues. If the epidemic curve is not flattened, medical staff in every country will find themselves in a dire situation.

Keep informed about the latest developments as RMS experts are producing regular blogs about COVID-19, talking to the media and issuing regular update reports. 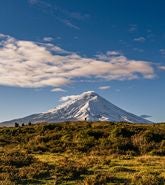 Advancing the Use of Humanitarian Cat Bonds