The Storm Surge and the Tsunami

While on the university campus, disciplines may retain their nineteenth century segregations, in catastrophe modeling we are “ecumenical” about what is the driver of loss: whether it is wind, hail, vibration, flood, cyber, a virus or a terrorist attack. The track of a hurricane, the track of a fault rupture: the contagion of influenza, the contagion of NotPetya malware: the topographic controls of flooding, the topographic controls of wildfire. Exploring the parallels can be illuminating.

Which is why it is interesting to discover historical figures, who like catastrophe modelers, have looked sideways across the catastrophe disciplines. One such figure is the Anglo-Greek Lafcadio Hearn (unless you are from Japan where he is known as Koizumi Yakumo.) 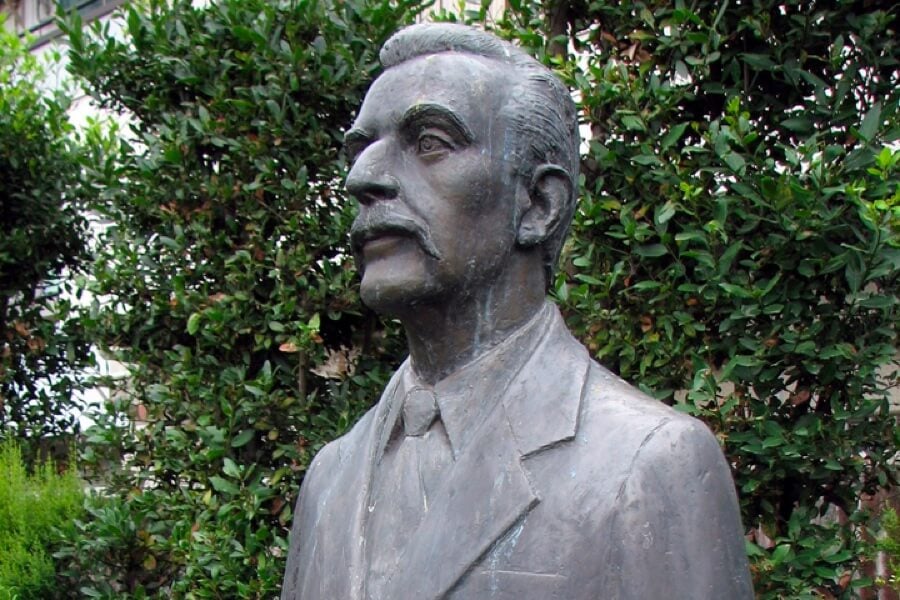 Hearn was a true global citizen. Named after the Ionian island of Lefkada on which he was born in 1850 – then under a British protectorate, his mother was Greek and his father a British Army doctor. As a small child he moved to Dublin, where he was abandoned by his divorced parents. He was sent to a Catholic seminary in Durham, England, until the money ran out, when he became stranded without schooling in London.

At age 19, his guardian gave Hearn a one-way ticket to America, where his raw writing talent won him a job as a successful tabloid journalist for the Cincinnati Daily Enquirer. He married a black woman (then illegal under miscegenation laws), separated and moved to spend a decade in New Orleans as a journalist and author. After two years in the Caribbean island of Martinique, he moved to Japan, working as a journalist, school teacher, writer and university lecturer and, most unusually, became a naturalized Japanese citizen, married to a Samurai’s daughter with whom he had four children.

While living in New Orleans, Hearn became intrigued by a tragedy three decades earlier, a few years before the outbreak of the American Civil War: the 1856 “Last Island Hurricane.”

While researching the hurricane and travelling around the southern shoreline of Louisiana, Hearn wrote about the rapid coastal subsidence (highlighting for us today that this is not a phenomenon that started with twentieth century hydrocarbon extraction and global sea level rise).

Last Island (Isle Dernière) was literally the last barrier island encountered at the southernmost tip of Louisiana before passing into the Gulf of Mexico. On the island there was a grand two-story wooden hotel, freshened by ocean breezes and popular with the wealthy sugar plantation owners and their families to find refuge from the torrid August climate. On the late afternoon of August 10, 1856, almost half of the four hundred inhabitants on the island were drowned as the hotel was completely washed away in a story of drama, disaster and heroism.

In Hearn’s account of the hurricane (to be found in an 1889 novella: Chita: A Memory of Last Island), as he describes the slow buildup of the swell, he is already making the connection with an earthquake source: “… from horizon to shore ran one uninterrupted heaving—one vast green swarming of snaky shapes, rolling in to hiss and flatten upon the sand. Yet no single cirrus-speck revealed itself through all the violet heights: there was no wind!—you might have fancied the sea had been upheaved from beneath … And indeed the fancy of a seismic origin for a windless surge would not appear in these latitudes to be utterly without foundation.”

Hearn was to take up the seismic origin eight years later, by when he was living in Japan. He had become fascinated by Japanese folk tales, rewriting and publishing them in English. After a great tsunami along the Pacific coast of northern Honshu on June 17, 1896, in which 30,000 people drowned, Hearn embellished and dramatized an account he had discovered from the time of the great 1854 Ansei-Nankai tsunami, on the coast to the southwest of Tokyo.

In his Gleanings in Buddha-Fields, published in 1897, Hearn told the story of Hamaguchi Gohei, the village elder who lived up the hill from the ninety thatched shoreline houses. One late winter afternoon, he felt the long slow pulse of a distant earthquake. Seeing the sea withdrawing from the beach down below, and remembering a story told by his grandfather when he was a child, he knew that a great tsunami wave would surely follow.

How to get the villagers to evacuate? He immediately set fire to the year’s plentiful crop of rice stalks, knowing the villagers all would run up the hill to stop the arson. His initiative, with its touch of Zen, saved all 400 villagers. Arriving at the bonfires, they turned to watch their houses washed away by a great wave.

Hearn’s story was among the first to bring the word “tsunami” to a Western audience. His account of insight, resourcefulness and community, became mainstreamed into the national curriculum, taught to all Japanese school children for many decades.

From warning signs to evacuation, Hearn was the first to bring a detailed account of both a storm surge and a tsunami, and saw them to be coastal cousins, not the product of phenomena that belong in separate scientific disciplines.