The victims of the Las Vegas shooter Stephen Paddock, the injured and the dependents of the 57 who died have one comfort following their tragic predicament. Their vicious and indiscriminate attacker (whose reported comments get the attack classified as “domestic terrorism”) chose to fire at the 20,000-plus crowd attending the Route 91 Harvest music festival from the 32nd floor of the Mandalay Hotel, part of the MGM chain with a US$735 million liability insurance coverage. As a result (reflecting in part the “moral hazard” of insurance limits), the victims will receive the distribution (after substantial lawyers’ fees) of a near-US$800 million settlement.

In the lead-up to the attack on October 1, 2017, Paddock had researched renting a high-rise condo in Las Vegas and also explored the crowd numbers on the beach at Santa Monica and considered other festivals to target in Boston and Chicago. If he had chosen to shoot from a residential building or clifftop, to the same effect, the only compensation the victims could have expected would have been the US$11 million raised in a public appeal after the shooting: equal to around US$200,000 for each of those who died. As it is, their compensation should work out 30 times more generous. 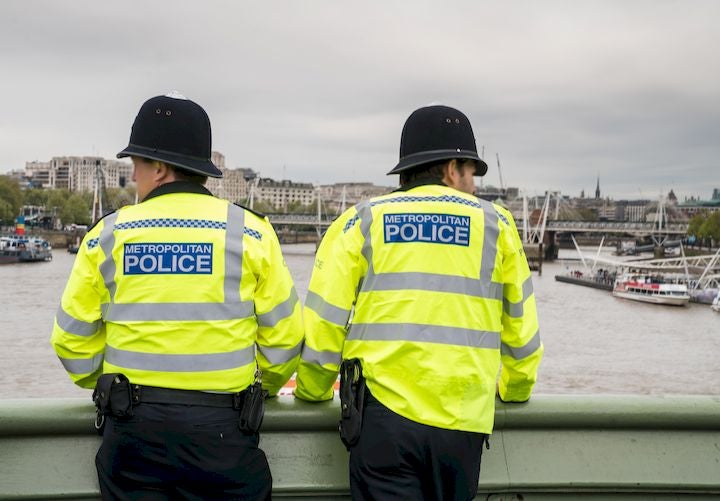 Or take the predicament of the victims of the London Bridge terror attack on the evening of June 3, 2017. Khuram Butt with his two accomplices drove a rental van at speed along the London Bridge pavement, running over several people and killing two. After crashing the vehicle, for several minutes the three jihadists slashed people they encountered around the bars and restaurants of the nearby Borough Market with ceramic knives attached to their hands, killing six, before being shot by armed police.

On July 31, 2019, a compensation claim was lodged with the insurers for rental company Hertz, on behalf of all those killed and injured by the van. Based on the £150 million (US$193.3 million) insurance compensation paid out on behalf of those killed and injured by the rental vehicle involved in the earlier March 2017 Westminster Bridge attack, those run over on London Bridge can expect a generous and proportionate settlement.

No One to Sue

However, for those killed and injured by the knife attacks, there is no one to sue. Those who are British or European can attempt to claim from the U.K. Criminal Injuries Compensation Authority (CICA), which delivered around £200,000 per fatality following the July 7, 2005 London terror attacks. However, the sums awarded by CICA today are less than half of those in 2007 (£175,000 for long-term injury but £5,500 for a death) and overseas visitors to London caught up in the Borough Market attack are, anyway, ineligible.

Those killed or injured in such attacks are victims twice over: first in the original attack and second, abandoned to the yawning protection gap of terrorism casualty compensation.

The benchmark for death and injury compensation resulting from a terrorist incident was set by the 9/11 World Trade Center attacks. Within ten days, Congress voted to establish the federally funded Victim Compensation Fund – in what has been labeled the biggest act of tort reform ever conceived, let alone enacted.

Instead of leaving hungry New York lawyers to negotiate for years on behalf of each victim, generous compensation for loss of life and injury would be provided to all victims by the federal treasury. Setting up the fund also provided a way to bail out the aviation industry. The victim would only be compensated if they agreed not to sue the airlines and airports for having facilitated the attack.

Payments equivalent to the whole lifetime of future earnings were paid out to the dependents of all those – almost 3,000 – killed, with an average sum for a death of US$2.1 million and a total compensation bill around US$7 billion. Then there was another US$1.7 billion in compensation for lives lost through group life policies, giving a total average payout of US$3.1 million per victim.

Charitable groups also gave US$2.7 billion to victims of the attacks, although later questioned the focus of their contributions after the scale of the victim compensation scheme had become clearer.  In 2011, an additional US$2.75 billion of federal money was set aside to support health conditions and premature deaths among first responders attributed to working in the aftermath of 9/11.

However, the post-9/11 Victim Compensation Fund and its bargain with the aviation sector was a one-off. There was no consideration given to establishing a system that would provide equivalent compensation for life and injury in future terrorist attacks.

After the bombing of the Boston Marathon in April 2013, when three people were killed and 260 injured (including 16 people who lost limbs), there were 200,000 donations that raised US$80 million. The dependents of those who died received US$2.2 million for each death, comparable to the 9/11 payments.

However, campaigns after subsequent mass shootings have collected far less for each fatality: US$177,000 after the 2015 San Bernardino shooting, US$100,000 following the 2015 Chattanooga shooting, while the 2016 Orlando nightclub shooting compensation works out at US$140,000 for each death.

Sums raised have been higher when the shooting was in a place of worship: US$570,000 for each death in the October 2018 Pittsburgh synagogue shooting and US$380,000 in the 2015 shooting in the church at Charleston.

Yet, in each case, the amount raised per violent death was only five to 20 percent of that provided after 9/11. The hat has been passed round and returned, largely empty. Most U.S. states have crime victim compensation schemes, but amounts awarded are rudimentary. The average payout across 250,000 claims in 2016 was US$1,400. There is an important underlying ethical question: why are victims of a terrorist attack more deserving of compensation than the victims of a random shooter?

The answer is that in being targeted, they have become representatives of the state. As the attack is (at least to the perpetrator) some consequence of actions of the state, in becoming innocent victims they deserve the levels of financial support that would be awarded to full-time state representatives such as diplomats, or soldiers. If there is one principle that should apply for the innocent victims of terrorist attacks, it is that they, or their dependents, should be fairly and equitably compensated for their loss.

Yet, while there has been legislation and the creation of new government-backed reinsurance mechanisms in the U.K. and U.S. to ensure that property damage in terrorist attacks should be fairly compensated, there is no equivalent parity for the victims who are injured or killed, even when, almost all the time, it was they who were the direct target of the attack. Why does the owner of a damaged office building deserve better treatment than someone killed in a terrorist mass-shooting?

The only country with a fair and equitable system for compensating all classes of terrorist attacks is France. The system was set up after a spate of terrorist attacks in 1985 and 1986. Coverage of acts of terrorism was made compulsory in property insurance, and, in 1990, a guarantee fund established to compensate injured victims: the FGTI (Fonds de Garantie des Victimes d’Actes de Terrorisme et d’Autres Infractions), which combined compensation for terrorism and some common law crimes, funded by a levy of €3,30 on every property insurance contract.

One hundred and thirty people were killed in jihadist terrorist attacks in and around Paris in November 2015, the majority in the Bataclan Theater attack. Claims were lodged by 2,625 people as dependents, injured and affected. After three years, €85 million had been paid out in compensation from the FGTI, with one-third of cases settled. Total compensation is expected to reach €300 million, approaching similar levels (per death) to those achieved after 9/11 in New York.

The situation in the U.K. where the vehicle has been used as a weapon has now been passed onto the Motor Insurers Bureau (MIB) for coverage. Founded in 1946 to provide compensation for accidents where a driver is uninsured or cannot be traced, the MIB is funded by a levy of £30 on every driver’s insurance policy and has now purchased reinsurance up to a £500 million annual loss.

In France, even while compensation for the 2016 Bastille Day lorry attack in Nice, in which 86 were killed, could have been handled through insurance, the government chose to relocate the costs into a FGTI coverage, through which €200-250 million was paid out to the victims.

The U.K. and U.S. should establish a proper insurance arrangement, collecting premiums via an insurance levy, to ensure compensation after terrorist attacks is generous and does not discriminate according to the origin of the victim.

The current U.S. and U.K. compensation regime for terrorist attacks is unfair and arbitrary. France has shown how it is possible to create a universal privately funded insurance mechanism, which can deliver compensation to all situations of terrorism.