It has been reported that the current Ebola Virus Disease (EVD) epidemic, which has caused over 1,300 confirmed deaths in the Democratic Republic of the Congo (DRC) since its onset in August 2018, has now also caused at least one confirmed death in neighbouring Uganda.

The number of confirmed deaths has been steadily increasing since the onset of the outbreak, though since March there has been a notable increase in the reported number of deaths per week. A recent trend shows a slight decrease from the peak, with the current situation report recording 50 deaths among confirmed EVD cases in the past week (Figure 1 below).

The situation in DRC is complex; response efforts have been challenged by attacks on local health workers. David Gressly, UN Emergency Ebola Response Coordinator (EERC), recently commented on the difficulties faced. “The Ebola response is working in an operating environment of unprecedented complexity for a public health emergency – insecurity and political protests have led to periodic disruptions in our efforts to fight the disease.”

Despite the scale of the epidemic, and the local challenges in managing the outbreak, cases of EVD had until now been contained within the DRC.

It is understood that the first case of EVD in Uganda occurred as a result of a family attending the funeral of a relative in the DRC, where it is believed a five-year old child contracted the virus before returning to Uganda, where health workers identified the illness as EVD. Sadly, the child has now died, and a number of family members have also contracted EVD and are being treated.

The 2014-2016 EVD epidemic resulted in more than 10,000 deaths across Sierra Leone, Liberia and Guinea. Since then, there have been two major advances in planned responses to similar outbreaks.

Since the onset of the epidemic, a total of US$32 million has already been disbursed from the cash window, which is the flexible component of the PEF, where funds are disbursed based on agreement by a steering body.

There are more stringent rules attached to the insurance window – a set of predetermined criteria must be satisfied to determine if funds are released from the catastrophe bond. This structure is called a parametric trigger mechanism, it is required because the funds which support the insurance window are sourced from (re)insurance and capital markets, so a clear and pre-agreed objective process is required.

Due to the complex nature of epidemics, the parametric trigger mechanism has a range of dependent criteria which must all be satisfied before a payout can be authorized (Figure 3 below).

Based on the current reported number of confirmed deaths, the structure would appear poised to make an initial payout, which would supply the PEF funds for disbursement to local governments and responding agencies.

However, there are additional criteria which must be met before this can happen. These criteria relate to the growth rate of the outbreak, and the geographic distribution of confirmed deaths. RMS does not have access to the detailed calculation procedures in the Calculation Agent Agreement. But according to preliminary RMS calculations, which are based only on publicly available WHO data, and the calculation procedure outlined in the cat bond offering materials which are made public on the World Bank data portal, the growth rate criteria could have been met.

The spread of the outbreak to Uganda therefore marks a notable incident with respect to the funds that may become available to support local response efforts. If the outbreak is not contained, and 20 confirmed EVD deaths occur in Uganda, then, subject to independent review and confirmation by the calculation agent, the bond may make a first payout to the PEF.

This type of structure, where multi-million dollar transfers are made based on reported deaths, growth rate and geographic criteria, obviously raises questions among those who view it for the first time.

However, it is important to recognize that the pre-agreed structure has been designed to explicitly address this type of complex crisis. The cash window of the PEF exists so that the facility has flexibility in its response, to ensure that some funds are available to assist with “severe single-country outbreaks”. The PEF insurance window exists to provide financial support for severe outbreaks which impact across multiple countries.

It is also important to recognize that, as with any complex crisis, finance is only one part of the solution. The local response systems are what will ultimately manage the epidemic. If the local responders are sufficiently supported with resources, including vaccines, medical expertise, and appropriate funding, then hopefully this crisis can be ended sooner. 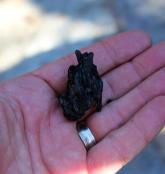 The Sum of Its Parts: Wildfire in Multi-Peril Catastrophe Bonds

Conor is a senior consultant in the Capital and Resilience Solutions team in London. He works on a broad range of catastrophe bond transactions, and has particular experience in modeling parametric structures, leading on recent innovative transactions including MetroCat Re Ltd. 2017-1.

Additionally, Conor researches the application of catastrophe models to public sector resilience initiatives. This includes modeling critical urban infrastructure in Mexico for 100 Resilient Cities, modeling linear transport networks in coastal U.S. states, and working with the U.K. Department for International Development to assess the suitability of a catastrophe risk pool in Asia.

Conor holds a masters in Natural Sciences from the University of Cambridge.