Without the ability to measure, how do we know if we are making progress?

In December 2012, in preparation for the renewal of the UN Millennium Development Goals, I wrote a report for the U.K. Government Department for International Development (DFID) advocating that catastrophe models should be used to measure progress in disaster risk reduction. I suggested goals could be set to target a 50 percent reduction in expected casualties and a 20 percent reduction in normalized economic losses, over the period of a decade, based on the output of a catastrophe model.

Two years later, the seven targets agreed at the UN meeting on Disaster Risk Reduction, held on March 14–18, 2015, in Sendai, Japan – were a disappointment. The first two targets for “Disaster Mortality” and “Affected People” would simply compare data from 2020-2030 with 2005-2015. The third target was to “reduce direct disaster economic loss in relation to global GDP by 2030”. Yet we know, especially for casualties – even at a global level, a decade is not enough to define a stable mean. For cities and countries, comparing two decades of data will generate spurious conclusions.

And so, it was a relief to see that only two weeks later, the Japanese and Tokyo city governments announced they had set themselves the challenge of halving earthquake casualties over a decade, measured by modeling a hypothetical event based on the M7 1855 Edo earthquake under Tokyo. I referenced this announcement and quoted it widely in presentations, to highlight that risk modeling had been embraced by the country with the most advanced policies for disaster risk reduction.

Over the last two years, I started searching for some update on this initiative. What kind of progress in risk reduction was being achieved, whether the targets for Tokyo would be met? And I found my original links had all stopped connecting. Perhaps in my enthusiasm I had dreamt it? 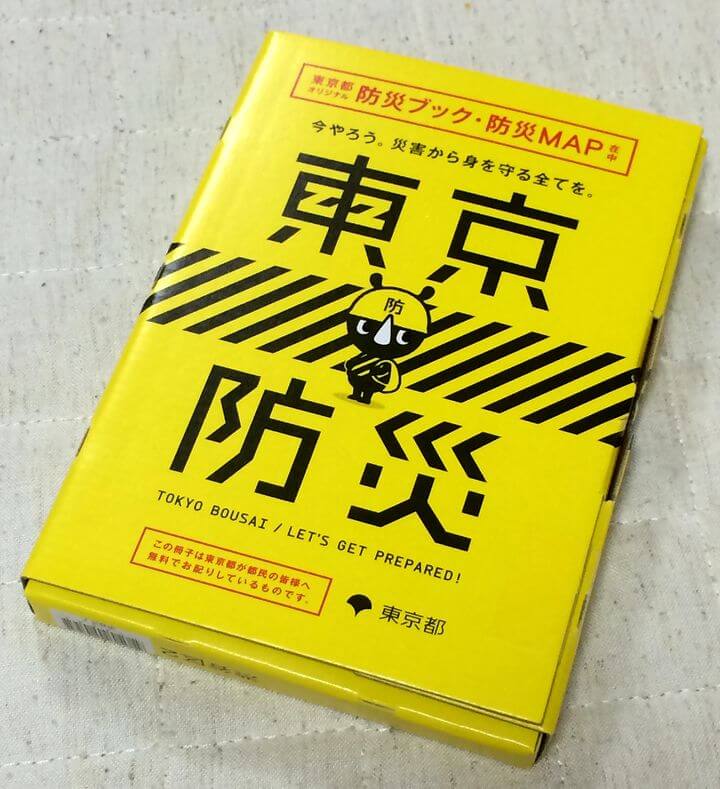 Fortunately, not all information is held online. Each year, since the Disaster Countermeasures Basic Act of 1961, the government in Japan is required to write the White Paper on Disaster Management in Japan, or “Bōsai hakusho” which outlines the latest initiatives and lessons in disaster risk reduction. In the 2015 “Bōsai hakusho”, I found the procedure outlined.

On March 28, 2014, the Cabinet had approved the Basic Plan for the Promotion of the Tokyo Inland Earthquake Emergency Countermeasures (the TIE Basic Plan).

On March 31, 2015, the Cabinet approved revisions to the TIE Basic Plan, and set out quantitative disaster mitigation goals for the next ten years, along with the policies that would achieve these goals. These would all be based on what was modeled to happen in the scenario M7 “Tokyo Inland Earthquake”. The targets included: halving fatalities, from 23,000, as well as halving the number of buildings destroyed or burned from 610,000. This would be achieved by increasing the proportion of buildings with seismic reinforcement from 79 percent to 95 percent by 2020, as well as through a significant expansion in earthquake triggered circuit breakers to prevent fires.

End of the Trail

However, after the March 2015 announcement, it all goes quiet. An article on disaster management in Japan in 2016, does not mention the target initiative, and I cannot find a reference to it in the 2016, 2017 or 2018 “Bōsai hakusho” reports. A World Bank report published in March 2018, summarizing a deep dive workshop in Japan on disaster management, mentions only that “The government …. is nearly finished with the Capital Region Earthquake scenario.” A Financial Times article from May 2018 about the next big earthquake in Japan makes no mention of the 2015 initiative.

All of which has left me the strong impression, this bold policy has been quietly shelved. Someone may have realized they were not going to achieve the 50 percent reduction. And therefore, publicizing the target might deliver politically unpalatable information: that Tokyo remained at significant risk.

I have continued to argue that independent risk auditing, using catastrophe models, is the only way in which to prove actual progress is being made in disaster risk reduction. Those who live on the disaster frontline should not have to wait for the next disaster to discover what has, or has not, been accomplished to protect them.

However, from feedback on my pitch I have learnt some important lessons.

First, some people react negatively to the term “auditing”. No one ever volunteers to be audited; just as we don’t encourage the tax inspector to come and pore over last year’s accounts. We need to sell this procedure as a win, not a likely lose. I suspect what has happened in Japan is that the engineers who devised the targets never stopped to test whether they were achievable. Only set a target that you are 90 percent sure can be met. Where necessary, substitute the words “Monitoring Progress in Risk Reduction” for “Auditing”.

Second, we need to get past the question about model change “contaminating” the results. We always want the catastrophe model to be improved to the best possible. We don’t want to stipulate that a new audit is performed with an old model. Once we have a better model, we go back and run the previous audit (and even the one before that) with the new hazard and vulnerability model applied to the old exposure data.

And last, we need to focus on what will be required to bring this to life through a revolution in building exposure data around: latency, vintage, smart metrics, sampling and machine intelligence. To perform these audit analyses will require low latency, “fresh” exposure data – as from the current year. It will require developing exposure data with a date stamp for a narrow time-window or vintage, and not mixing vintages. We will want to know what has changed since the previous vintage: what has been built, extended, retrofitted, defended, damaged and demolished. We will need smart algorithms for developing comprehensive exposures from imagery and supplementing information with targeted investigations on the ground, or by drone.

I still believe the future of Disaster Risk Reduction is repeated independent risk auditing. It would be good to see Japan (and other disaster-informed countries like Philippines, New Zealand, Nepal and Peru) put it (back) on their policy agendas.