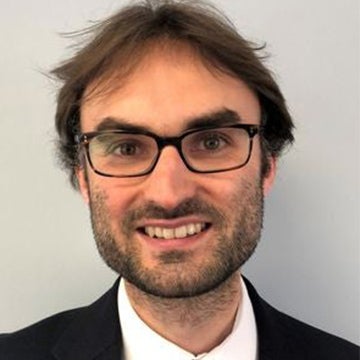 Last weekend (April 13-14) marked the first major U.S. severe convective storm (SCS) outbreak of 2019. Drawing energy from warm, humid air brought over land from the Gulf of Mexico by a dip in the jet stream, hail, strong winds and/or tornadoes were reported in 19 states stretching from Texas to New York. There have been at least nine fatalities reported. The worst damage occurred in Texas, Louisiana, Mississippi, and Alabama, where over 150,000 homes and business lost power.

Damage surveys are ongoing, but as of April 16, there had been 22 tornadoes confirmed by the National Weather Service, including two EF-3 rated tornadoes in Texas, with estimated wind speeds of 140 miles per hour (225 kilometers per hour). Early assessments indicate that several hundred buildings have been damaged or destroyed, but the total number will unlikely be known for a few more days at least – and could be significantly higher. In the meantime, insurers will be sending out loss adjusters to try to establish the scale of the claims they are likely to incur. The final cost may not be known for several months.

But why is spring and not summer the peak season for SCS, what is the current state of SCS risk – and what has its impact been on the insurance industry over the past few years?

The most favorable atmospheric conditions conducive for severe convective storms occur when a layer of warm, moist air lies beneath a layer of cool air. This situation is most common in the spring when the ground temperatures are beginning to increase, but in the upper atmosphere the air temperatures are still cold. This vertical temperature contrast means that if air rises or is lifted from the surface, it remains buoyant and continues to rapidly rise and condense – forming thunderstorms.

For tornado formation, wind shear (a change in wind direction or speed with height) is an additional prerequisite. Springtime is also when the jet stream – a ribbon of fast-moving air about ten kilometers (6.2 miles) above the surface – meanders south over the southern United States. This is conducive for severe convection in three ways:

In summer, although the surface is warmer, the upper atmosphere has also heated up, reducing the vertical temperature contrast that promotes deep convection. The jet stream also retreats north over Canada.

Although individual tornadoes typically cover relatively small areas, and damage caused by hailstones would rarely render a home completely uninhabitable, it is the frequency of severe weather events that makes them such an expensive peril for the U.S. insurance industry.

For example, there are around 1,300 tornadoes in the U.S. in an average year – more than in any other country. Using RMS modeling, the average annual insured loss from SCS in the U.S. is now the same as from hurricane, at around US$17 billion, and SCS losses are escalating, at 11 percent per annum between 2001-2017. And unlike flood damage, tornado, hail and straight-line wind damage is typically covered by private insurance in the United States. The ratio of insured to economic losses has wavered between 0.6 and 0.7 over the last 15 years.

Severe convective storm hazard varies from year-to-year as well. 2018 was unusually quiet for tornadoes, with 991 recorded and ten fatalities – the lowest number since records began in 1875. There were no tornadoes of EF-4 or EF-5 strength (the two most powerful ratings) during 2018. By contrast, 2011 had six EF-5 tornadoes, including the devastating Joplin, Missouri tornado which killed over 150 people.

In addition to interannual variability, individual severe convective storm events themselves vary greatly in the losses they cause. Many would fall beneath an industry-standard definition of a catastrophic event (US$25 million insured loss at the national level) while others are multi-billion dollar events. The Moore, Oklahoma tornado of 2013 caused around US$2 billion in insured losses; while in 2017, three hailstorms in Colorado and Texas caused over US$1 billion in losses each. Hail is the main loss driver with around two-thirds of annual SCS insured losses caused by hail, around 20 percent caused by tornadoes and around 10 percent caused by straight-line winds.

After the storms from last weekend, and another six or so weeks of the spring season set to run, this period is crucial in establishing the level of insured losses that the industry will have to bear, whether it is from a collection of minor events or a repeat of the multiple billion dollar events witnessed in 2017. 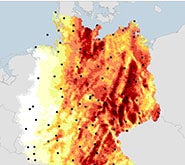 Late May 2019 was a startlingly active period for severe convective storms (SCS) in the U.S., even after considering that May is typically one of the most active months of the year. Until about halfway through the month, the number of tornadoes being reported was around average, but after a major outbreak starting in mid-May this number shot up, bringing the year-to-date total to 1,017 tornado reports. This count is only surpassed by the extremely active years of 2008 and 2011 (Figure 1). This year’s late May outbreak was also unusually long: by the end of Wednesday, May 29, at least eight tornadoes had been experienced each day across a record-breaking 13 consecutive days, according to preliminary data from the National Weather Service (NWS). The previous record was set in 1980, after 11 consecutive days with at least eight tornadoes. Figure 1: Cumulative counts of tornado reports. 2019 (up to 30 May) shown in black. 2016-18 data are not plotted. Source: https://www.spc.noaa.gov/wcm/The reason this latest outbreak lasted so long was due to a particularly persistent set of atmospheric conditions favourable for SCS. A combination of a stubborn high-pressure system over the Southeast U.S. and a stationary and unusually cold trough over the Rocky Mountains, saw warm, moist air drawn from the Gulf of Mexico into the central U.S., and a strong jet stream aided the formation of supercell thunderstorms, which can generate very powerful tornadoes. Hailstone measuring 5.5 inches found at Wellington, Texas, on May 20, 2019. Image credit: Twitter/@NWSAmarilloThe outbreak spawned tornadoes across a wide area of the U.S. (Figure 2), but most have occurred in the southern Great Plains (so-called “Tornado Alley”) and the Midwest. It has not only been tornadoes causing damage, the severe weather also generated large hail – with a 5.5 inch (14 centimeter) diameter hailstone (see above) reported in Texas, and strong straight-line winds. Figure 2: Tornado reports by U.S. County (20-30 May 2019). Data source: NOAA (https://www.spc.noaa.gov/climo/reports/)SCS is a major contributor to annual insured losses in the United States. RMS modeling shows that average annual loss (AAL) from SCS roughly equals that from hurricanes, at around US$17 billion. Unlike losses from hurricanes, SCS losses (especially hail) accumulate over the course of a year; however, major outbreaks can make the difference between an “average” year and a significant impact to the insurance industry. Prolonged and damaging outbreaks also increase the likelihood that losses will flow through to reinsurance layers. The most significant past tornado outbreaks, for example, the tornadoes that hit Tuscaloosa, Alabama and Joplin, Missouri in 2011, have cost single-digit billions of insured loss (USD). One particularly interesting characteristic of the late-May 2019 SCS outbreak, however, is that the damage could have been much worse. Meteorological records have been broken but – for the most part – the tornadoes avoided major cities. That said, it will take some time before all of the claims (hail, tornado and wind) have been verified and processed, so it is too early to know what the cost of the outbreak to the insurance industry will be. It is worth noting that the SCS outbreak was accompanied by significant flooding in Arkansas, Oklahoma and Missouri, but since flood damage is not typically covered by private insurance in the U.S., if the properties were not covered by the National Flood Insurance Program (NFIP), these costs will be borne by individual home and business owners. Below are shown some statistics and charts covering this remarkable outbreak. Unless otherwise stated, they cover the period 20-30 May 2019: Number of Confirmed Tornadoes in the U.S. (May 16–30): ≥ 228 22 of these have not yet been given a strength rating by the National Weather Service (NWS). More tornadoes may be confirmed by the NWS as their surveys continue. Number of EF5 Tornadoes: 0 There have been no tornadoes of the highest category on the Enhanced Fujita (EF) Scale. Number of EF4 Tornadoes: 3 EF-4 in Dayton, Ohio EF-4 in Linwood, Kansas EF-4 hit Marshall, Oklahoma   …