NHS Funding and the Hope of Living Longer

On March 13, 2019, the U.K. Chancellor of the Exchequer, Philip Hammond, warned in the House of Commons during his Spring Statement, that a “… cloud of uncertainty was hanging over the U.K. economy.” Reminiscing of a sunnier time for the U.K. economy, in the Budget speech in March 2000, Gordon Brown announced a substantial increase in government spending on healthcare. The Chancellor’s ambitious plan was that health spending would rise by more than a third in real terms over a five-year period, by 6.1 percent per year over and above inflation.

To inform and support this program, he commissioned a review of the long-term trends affecting the U.K. National Health Service (NHS). Based on wide-ranging academic research, this review, which was published in April 2002, had a long-term time horizon of twenty years, extending to 2022. The author of this review was Sir Derek Wanless, a professional banker, who was also a highly gifted mathematician – an important attribute for reaching robust quantitative conclusions on long-term NHS funding.

The year following publication of the Wanless report witnessed the highest annual increase in real NHS spending. The figure below, compiled by The King’s Fund healthcare think-tank, ranks the spending increases in order of generosity to the NHS. The first decade of this century features prominently among the highly ranked years, while the lower ranked years encompass the years since 2010. These included 2016 / 2017 (marked in red), which is ranked a lowly 28th, and projected increases into 2020 / 2021, are ranked even lower.

In 2007, Wanless wrote a review of NHS funding and performance on behalf of the The King’s Fund, concluding that spending would have to increase by at least 4.4 percent per year in real terms. This never happened. In 2012, a King’s Fund report was very pessimistic about the future of NHS funding. “The NHS remains in the foothills of what is certain to be the longest period of financial constraint in its history. Already there are signs that the impact on patient care could be felt as early as 2013. There is also an increasing number of providers in financial distress, with some experiencing serious challenges in delivering services of an acceptable quality.”

Soon after Aneurin Bevan founded the NHS in 1948, he realized that expectation would always exceed capacity. This has been called Bevan’s Law. For example, the U.K. currently has among the lowest number of CT scanners per million population within the OECD. With a growing and graying population, presenting with ever more complex medical conditions, the demands on the NHS are ever rising. Success in reducing premature mortality inevitably incurs the increased cost of treating the diseases associated with old age. Such treatment is expensive due to their chronic nature, and the escalating price of new medical technology.

Shareholders of U.K. life insurers benefiting from reserve releases arising from slower mortality improvement may spare a counterfactual thought for what might have happened if NHS funding increases had followed Wanless’s guidelines. 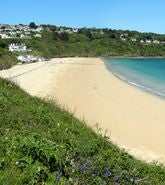