New Zealand Earthquake Risk: It’s All in the Details

Across the global risk management community, we are bombarded by new information every day. As risk professionals we have to prioritize how we give our attention to new information. From an RMS perspective, when we release new model insights, we know there is a need to be concise and boil down huge research projects into just the important details. But there is a concern that the top-level results get taken as a uniform value that can be applied across the board, losing vital nuance.

When RMS released its New Zealand Earthquake High-Definition (HD) model in mid-2016, an important message was that the annual average loss (AAL) had increased by 30 percent. The ground-up, all-lines, countrywide AAL increased 30 percent relative to the previous version of the model released in 2007. An increase in loss came as no surprise after the Canterbury Earthquake Sequence of 2010/11 – see our New Zealand earthquake blogs.

The HD model was launched at two industry seminars in Wellington and Auckland and came with online documentation: some 44 pages of Understanding Changes in Results and 114 pages of model methodology, supplementary materials on our RMS OWL client portal and a team of modelers happy to talk about their work.

Faced with this information, one approach is to note that the New Zealand market is very consolidated so industry figures should be useful guides for actual portfolios. Let’s just use the old model and scale it by 30 percent. “She’ll be right”, as they like to say in New Zealand. But with two models being so different, this scaling-up would not make sense. Why are they so different?

Consider the significance of the Canterbury Earthquake Sequence to New Zealand, not only in terms of the insured and economic loss (approx. 20 percent of GDP) but also in terms of science and engineering. Scientists have the most extensive set of ground motions ever recorded in New Zealand. Geotechnical engineering experts from around the world have used Christchurch as a laboratory to understand liquefaction in far more detail than ever before. The performance of structures has been analyzed meticulously.

On top of this, a great deal of soul-searching has taken place in the insurance sector and associated industries. RMS learned a lot in Christchurch. The model released in mid-2016 wasn’t an update, it was a complete rebuild. The fact the AAL increased by 30 percent is the integrated sum of hundreds of changes, each one of which affects different portfolios in different ways.

Loss changes vary by return period; the exceedance probability (EP) curve has changed shape. Losses in Christchurch went up by more than the countrywide average, losses in Wellington by less.

Loss changes varied by building age, building height and occupancy. As RMS showed in the launch seminars, the changes in results depend on whether the building characteristics are known or unknown. For a dummy portfolio in the Wellington central business district, losses increased for buildings modeled with “unknown” characteristics while the same exposure modeled with known characteristics saw decreases in loss. That matters because the market has much better-quality exposure data today than just a few years ago.

For residential exposure, the NZ$100,000 Earthquake Commission (EQC) layer is a massive deductible for the private market. Gross loss changes above this layer are far, far more sensitive than changes in ground-up losses. If residential ground-up loss increases by 30 percent (they don’t, they increase more than that) then the loss increases above EQC may be much higher. Clients can access Table 10 of the Understanding Changes in Results document, or view our recent blog entitled How Will Insurers Be Affected by Changes in New Zealand EQC Coverage Layers?

Yes, there is a lot of detail but it’s important.

A two-degree Celsius warmer world doesn’t sound too scary, as a global annual average. Sadly, we don’t live our lives by averages. Season-by-season, region-by-region we are seeing how such a benign average has serious consequences to real people. And the reality really does live in the details. Similarly, don’t be misled by unsurprising countrywide model changes, a countrywide statistic does not tell the whole story. Read the details to find out what it really means for you. 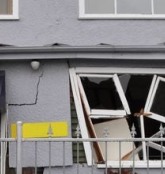 How Will Insurers Be Affected by Changes in New Zealand EQC Coverage Layers?

Michael Drayton is a Consultant for RMS, based in New Zealand.