Kerala Floods: The Role of Insurance in Building a More Resilient State 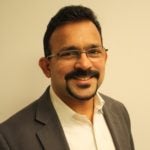 In the first twenty days of August, the state of Kerala in southern India received rainfall that was 164 percent above the average. This rain built on very wet antecedent conditions, July had seen rainfall about 40 percent above average. As a result, to manage the flood waters, state authorities were forced to open 80 dams in the region, including the Idukki dam, one of the largest arch dams in Asia. Overall, this resulted in massive flooding, displacing millions of people while claiming the lives of more than 350 citizens, destroying trees and crops and severely disrupting tourism with the closure of Cochin International airport.

Kerala, marketed globally as “God’s Own Country” due to its natural beauty, boasts around 370 miles of coastline and is home to over 33 million residents (2011 census). Spread over 15,000 square miles (38,863 square kilometers), it ranks 22nd in terms of area, but is the twelfth largest economy in India. The state has the highest life expectancy and highest literacy levels among Indian states. In addition to a sizeable tourism industry, it is one of the largest producers of rubber, coconut, and various spices globally.

This event has taken a toll besides the tragic human loss of life. The dominant tourism industry will take a hit with the closure of the airport; roads and bridges have also been destroyed. Global supply chains in rubber and spices will likely impact tire manufacturers and food supplies globally. It is too early to calculate losses, but if this flood event generates US$2 billion in economic loss, this would result in insured losses less than US$200 million. Therefore, it is important to learn from this event as quickly as possible and initiate measures to reduce such impacts in the future.

In the aftermath of the events in Kerala, the Indian government has committed to establishing a dedicated early cyclone warning center in Thiruvanthapuram, the capital of Kerala state. However well-intentioned this move is, it is not just cyclones, but excessive rain and other changes such as increased development that are aggravating the situation. It is important to get a comprehensive view on all the drivers of flood risk.

The increasing severity of these events should now prompt the nation to study flood risk more closely, and one way to do this is to simulate possible scenarios and their relative losses. This would allow the government to assess and reduce the impact, or at least act responsively to such a catastrophic event in the interests of both society and economy. This is imperative for an emerging country like India, where flood can affect the entire GDP by more than one percent.

RMS sees flood risk as a challenge that can be solved both locally in India, and globally. In August 2018, RMS was the first in the industry to release a probabilistic flood model for the whole of India, covering all sources of precipitation and sources of flooding, and it offers an innovative way to understand flood risk across India. For instance, an event such as this experienced in Kerala should now be expected to occur across India with a frequency higher than once every ten years. This is not a surprise as we know that more than two-thirds of nat cat losses in India are driven by flood.

As more and more people migrate from the countryside to cities, the expansion of urban footprints and the development of surrounding floodplains will inevitably worsen the situation. This is unless the government steps in to improving drainage, flood defenses and invest more in general flood prevention and mitigation systems, together with educating citizens and communities to be more flood-resilient.

This very high risk presented by flood in India is also the reason why the insurance industry is struggling to grow; risk-based premiums are often much higher than acceptable rates. The only solution for insurers is to perform careful risk section, and in this regard, RMS is supporting its clients by releasing high resolution flood risk maps. But it is very frustrating that the government hesitates to step in to reduce the overall risk to a level that could have allowed the insurance industry to cover a significant proportion of the Kerala losses.

There is an opportunity for the government to partner with cat modeling organizations such as RMS, who are already developing models for both properties and agriculture insurance in India and combine forces with the local communities to ensure better building standards and reduce impacts from such events.

As someone who comes from Kerala and is now working at RMS, I believe we can combine our collective strengths to keep “God’s Own Country” resilient and prosperous. 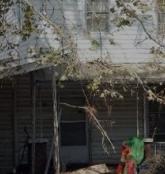 “We Can’t Control the Catastrophic Events. But We Can Control How We Deal With Them.” 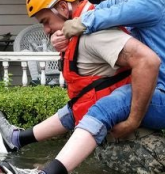 His work over the past 18 years in the P&C insurance industry has centered around increasing the reach and availability of insurance globally through core operations transformation using data, analytics and process optimization. He can be reached on LinkedIn.