Japan: Waking Up to Flood Risk 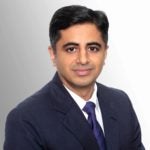 Many factors made the recent devastating flooding and subsequent landslides and mudslides in Japan during July stand out as a defining event. From the intensity of the rainfall, the extent of the area affected and the loss of life, the sheer scale of this event was summarized by an official from the Land, Infrastructure, Transport and Tourism Ministry in Japan, who said “This is the first-time damage has extended to such a wide area since the (2011) Great East Japan Earthquake.”

As of July 16, Japan’s National Police Agency reported that 219 people had been killed, and many remain missing. Data provided on July 20 from the Fire and Disaster Management Agency (FDMA) reported damage to around 40,000 buildings across 31 prefectures, and just over half of these prefectures had 50 or more buildings damaged. Some of the worst-hit areas include Okayama, Fukuoka, Hiroshima, Ehime, Kyoto, Yamaguchi, Gifu, and Kochi.

At least 270 elementary and junior high schools were damaged; the commercial sector experienced widespread damage and destruction from landslides and rivers breaching their banks or defenses. Operations were suspended at Mazda Motor, chemicals giant Teijin and brewers Asahi Shuzo, among others, disrupting supply chains far from the disaster areas. Only 30 percent of large enterprises account for flooding in their continuity plans, according to recent Cabinet Office survey.

Overall, this event is the nation’s deadliest weather disaster since 322 people were killed in floods and landslides across western Japan in July 1982. Early estimates indicate economic losses could be higher than US$1 billion with significant impact on manufacturing and tourism. The insured losses may take some time to develop. What caused this event to happen?

This flood event was the result of two common features of Japan’s early-summer climate that combined to exacerbate the flooding. A weakened tropical storm (Prapiroon) entered into the Sea of Japan from the southwest, moving between Japan and South Korea to make landfall in Japan on July 3. Some of the heaviest rainfall events on record in Japan are associated with tropical cyclones, including Talas (2011), Nabi (2005), Kent (1992), Fran (1976), Olive (1971), and Kathleen (1947). But this event was not a tropical cyclone.

After Prapiroon’s dissipation on July 4, several more days of heavy rain were generated by the annually recurring Baiu (or Meiyu) front, which became locked in place over Japan late last week. The Baiu front is part of the East Asia summer monsoon, which lasts from the beginning of June to mid-July in Japan. Similar to Hurricane Harvey in Texas last year that weakened and stalled for five or more days, producing record-breaking amounts of rainfall, this Baiu front can sometimes stall out for a period of days or weeks, bringing a prolonged period of clouds and rain.

The widespread flooding and landslides were driven by heavy rainfall between July 5 which continued to July 8. Record-breaking rainfall was recorded at 118 government observation points across the affected area. Parts of the region saw as much as four times the average July rainfall during 11 days through to July 9, according to the Japan Meteorological Agency. Many locations logged the heaviest rainfall on record for 24-hour, 48-hour and 72-hour periods.

What was unusual was that heavy rain events have historically only affected a few prefectures in Japan at one time. This event was exceptional as it has affected multiple prefectures which typically only happens during tropical cyclones.

Members of RMS Tokyo office visited Mabi-cho, Kurashiki-shi and Okayama a few days after the event to investigate the flood damage around the breaching points of the Takama-gawa/Suemasa-gawa rivers and surrounding areas.

1. Around the breaching point of the Oda-gawa river (near Bichu-Kurese station or Kibino-Makibi station), structural damage to houses was not found to be severe even though high water height was observed. The water depth was estimated to be about two to three meters near Bichu-Kurese station, about four to five meters near Kibino-Makibi station and about six meters in Shimonima area.

2. Severe damage of houses with no pile foundation was observed due to scouring near Kibino-Makibi station even though they were situated far away from the breaching point.

3. Around the breaching point of Takama-gawa river, a six to eight meter high levee was breached and at least two houses totally collapsed. Structural damage of houses was observed to be very severe. It seemed that the river bed was above the ground level, and the momentum of water flow from the breaching point was destructive to the surrounding houses.

The high death toll and levels of damage brings flood mitigation efforts into sharp focus. After Super Typhoon Vera in 1959, which killed more than 5,000, the government introduced the Disaster Countermeasures Basic Act in 1961, recognized as the cornerstone of legislation on disaster reduction in Japan. Substantial investment was made in flood defenses, especially in coastal areas, and the Act provided a clear framework and set out responsibilities at a local and national level. But it can be argued that with a record of catastrophic earthquakes in Japan, the focus for the country has been for disaster mitigation on seismic rather than hydrological threats. This event has now uncovered a catalog of stories about a lack of prioritization for flood prevention and awareness.

In one of the worst-hit areas, Mabi in Okayama Prefecture, according to Reuters levees of the Oda-gawa river burst, leaving floodwaters as high as 4.8 meters (16 feet) in some neighborhoods. Residents had long complained about delays to flood control plans, a lack of understanding of the risks, and evacuation orders coming just minutes before the inundation. This lack of awareness needs to be addressed as the vast majority of municipalities — 95 percent, have flood hazard maps which have been a statutory requirement since 2005, but homeowners in the many properties built in flood-prone areas before 2005 are not aware of the risk they face. Also, many residents say they paid little attention to the maps and dismissed them as routine documents from the public office.

Twenty-one reservoirs overflowed during the event, but only four were designated as priority areas for disaster mitigation, reports the Japan Times. Some 200,000 irrigation ponds across Japan have been created over the years to help agricultural land facing water shortages. During the floods, a three-year-old girl died in Fukuyama, Hiroshima Prefecture, because her house was washed away after an irrigation pond failed. The Japan Times reports that only about 11,000 ponds have received the official designation, with some local governments have been slow in mapping these potential hazards.

And with its dense population, Japan understandably utilizes every bit of usable land for building in what is a mostly mountainous country, leaving it prone to disasters from mudslides and landslides.

Japan monitors weather conditions and issues warnings early, and lessons will be learned as the government comes to terms with the biggest flood in 36 years. With a worldwide reputation for excellence in earthquake preparedness, can the country also set its sights to become world-renowned for its approach to flood-risk as well?

Japanese data provide one of the best demonstrations of what can be achieved in terms of decadal reductions in disaster risks if we look into the RMS report “Setting, Measuring and Monitoring Targets for Reducing Disaster Risk.”

It appears initially in Japan, the focus was on saving lives, principally through evacuations. Over time, the number of houses inundated also reduced, because of programs for river management and the construction of many flood defenses. However, it appears that, since the 1980s, trusting the ubiquitous flood defenses, people may have become less observant of the need to evacuate when they are warned of an oncoming disaster.

Hemant is director of Model Product Management, within the model development division at RMS based in Singapore, with focus on Asia. He has 18 years’ experience in research and development at RMS and reinsurance intermediaries in India, U.S. and Singapore. Hemant holds a bachelor's degree in civil engineering (with Honors) from Delhi College of Engineering.